There are many different kinds of dogs, such as the Shiba Inu, Pug, and Saint Bernard.
Because the balance of the face and the size and shape of the body differ depending on the type, you may be at a loss when drawing a different type of dog than usual.

So, here are some tips on how to draw different kinds of dogs.
In addition to small dogs such as Chihuahuas, we also introduce how to draw large dogs with droopy ears, so be sure to check out the section on the breed you are interested in.

1. How to draw various types of dogs 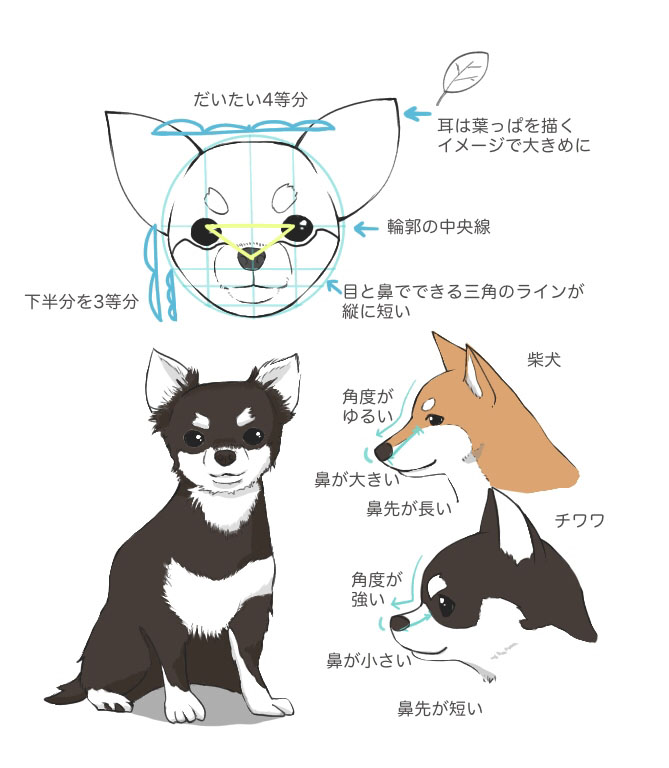 Chihuahuas are characterized by their “round, dull eyes” and “large, leaf-shaped ears”.
The eyes are slightly distant from the nose, giving the Chihuahua a childlike loveliness.

When drawing a profile, keep in mind that the angle between the nose and forehead lines should be close to 90 degrees.
The short tip of the nose and the small nose are also important points to keep in mind.

When drawing the body, you should be aware that the face is slightly larger than that of a Shiba Inu. 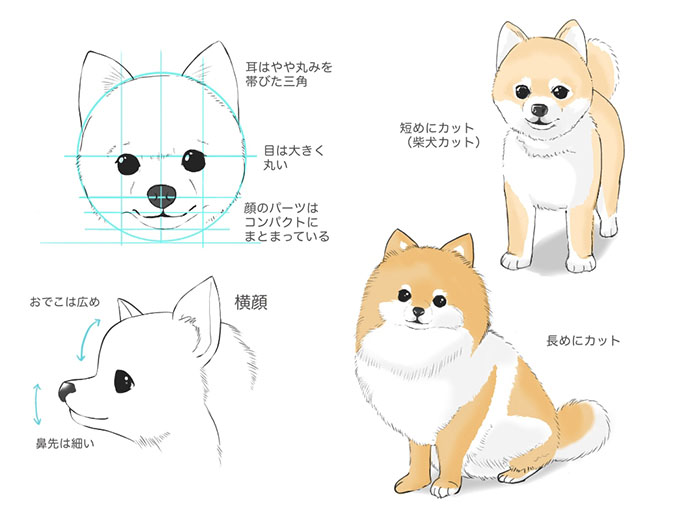 Pomeranians are adorable with their fluffy fur and puppy-like faces.
You may have seen them on social media as well, looking as round as a ball of fur.

The Pomeranian’s face looks like a more juvenile version of a Shiba Inu puppy’s face.
The eyes are large and give the impression of a plush toy.

When drawing a Pomeranian, it is best to place the eyes, mouth, and nose slightly lower on the face.
There are many ways to cut them, and in addition to a cut that leaves the fur fluffy and long, the Shiba Inu style of cut short is very popular. 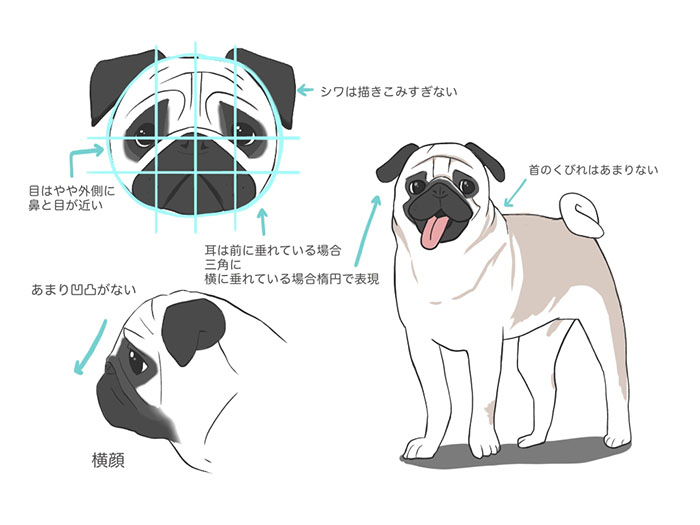 Big eyes and big mouth.
When drawing a pug, the base of the face should be oval, and the nose and mouth should be large.

The key is to keep the eyes as far apart as possible.
If you draw in too many wrinkles on the face, it will dilute the impression of the other parts of the face, so deform them appropriately.
It is also recommended to draw the whites of the eyes, stick out the tongue, or use facial expressions to create a charming atmosphere.

You can also draw the neck with a little less neckline and a little stocky image to make it look more like that. 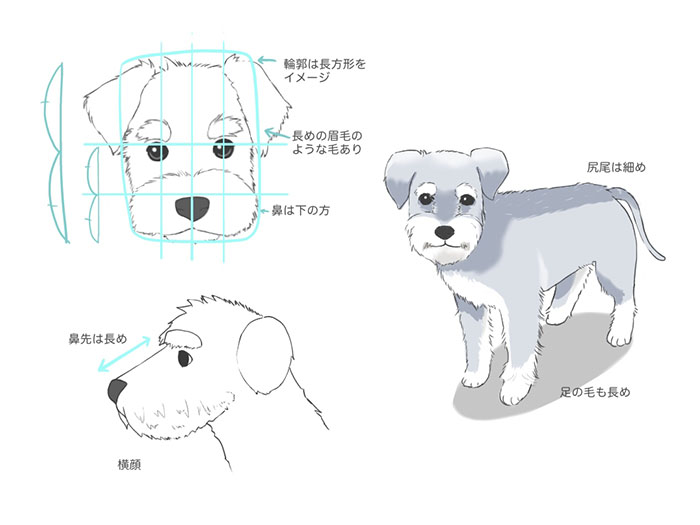 The Schnauzer is a small dog with a long hair type.
They are characterized by a cut that leaves the hair around the nose longer, so when drawing them, it is best to draw the nose and eyebrows longer.

Use a vertical rectangle as a base for the bite, not a circle.
From there, add the parts around the nose and ears.

The hair on the legs and chest should be drawn a little longer to give it a fluffy look.

Large dogs with droopy ears include Bernese and Retrievers.
In this article, let’s take the Bernese as an example. 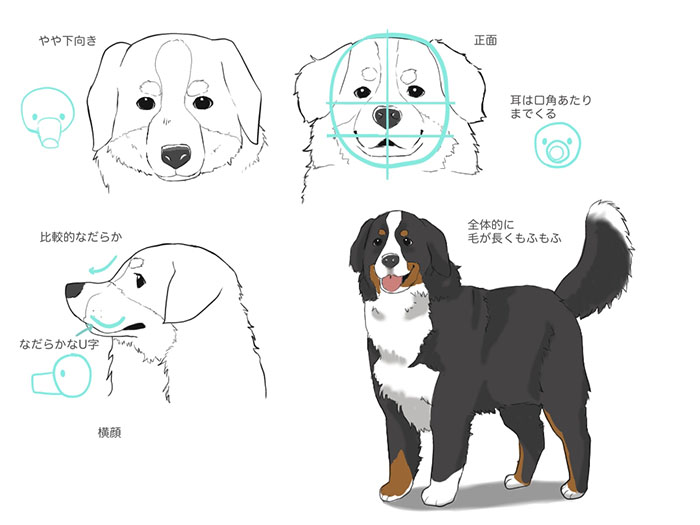 Droopy ears, hanging down roughly to the corners of the mouth.
Draw the ears as an inverted triangle with a rounded shape.
The fur is long and fluffy overall, but the ears also have long fur.
When deforming the figure, you can leave the ear hair out of the drawing to make it clearer, or you can draw the ear hair to make it look more fluffy.

The mouth is like a flat U-shape from the middle to the corners of the mouth.
You may want to draw it as if it were slightly sagging.

What did you think?
In this article, I introduced mainly the dog breeds that are commonly seen in Japan, but there are many other types as well.
Observe your favorite dog breeds carefully, and draw many of them to grasp their characteristics.
By doing so, you are sure to be able to draw your favorite dog in a cute way.