When you hear the words “character illustration with background,” don’t you sometimes feel intimidated just by the word “background”?
In this article, I’d like to help you get rid of that uncomfortable feeling!

Here is the completed image. 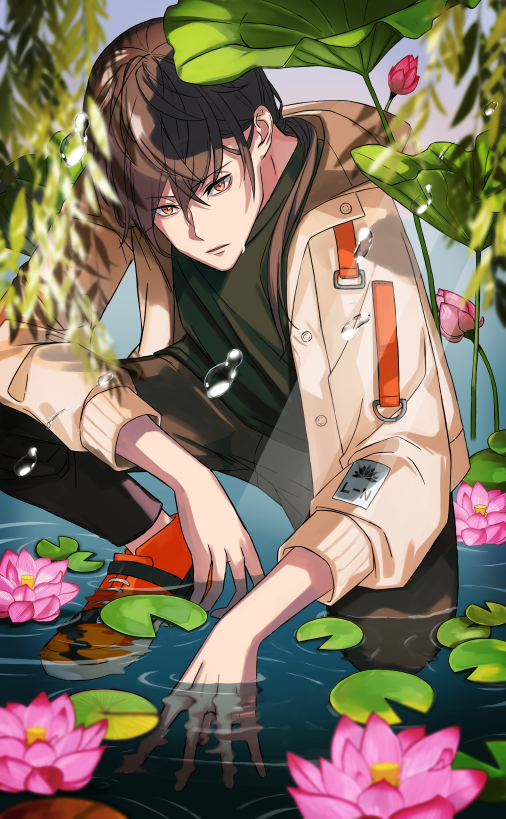 I drew this picture with the theme of lotus flowers on a water surface.
The image size is 2530x4094px 350dpi.
The size is a little narrower than a A4 size.

Now, let’s decide on a rough pose for the character.
Since I want to draw the surface of the water, I decided on a pose where the character is on one knee, touching the surface.

Since I want the character to be the main focus, I place him in a large size.
If you are having trouble finding the place location for the character, try using the composition method.
In this case, the right eye is placed so that it is under the red line. 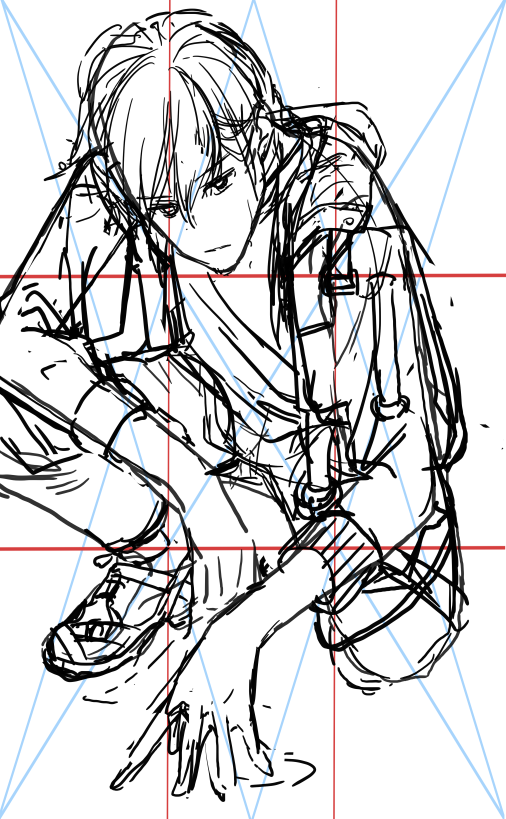 I would like to show you how to draw a background even if you don’t know how to parse.

Large-small perspective means that the larger the object, the closer it seems. 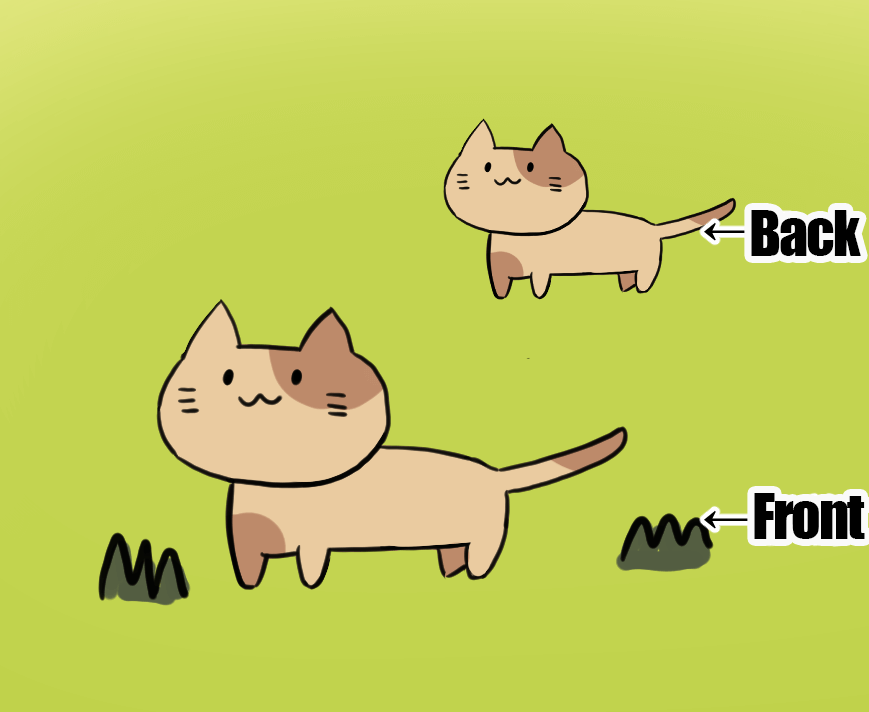 Vertical Perspective The closer something is to the horizon, the farther away it seems. 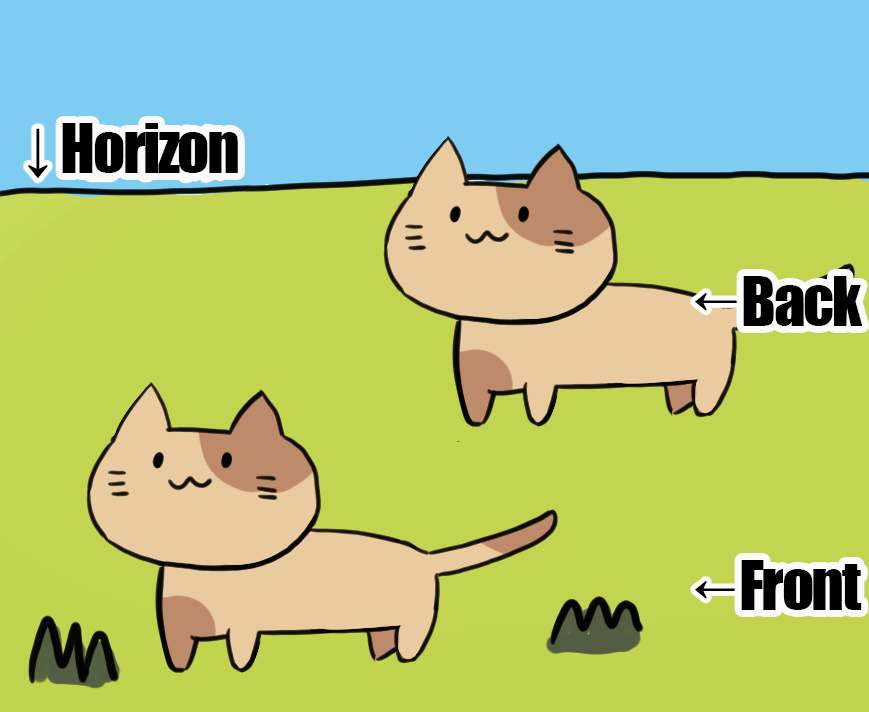 Vanishing Perspective A technique often used in photography.
When the focus is on the motif, the background and other elements are out of focus, blurred, or hazy, which enhances the motif. 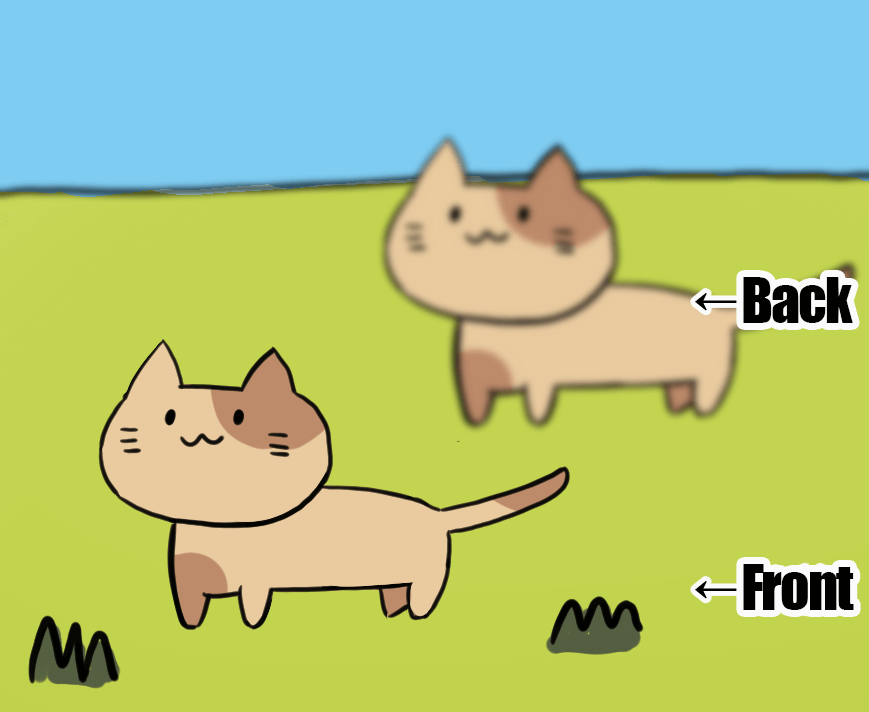 Using this method, I will draw a rough background.

It is a little difficult to compose a picture with just the surface of the water, lotuses, and people, so I looked at Pinterest, photo books, and other sources to get a concrete image of the lotus pond.

When I draw, I keep in mind “what is there and at what distance”.

If you look at this picture from the side, you can see 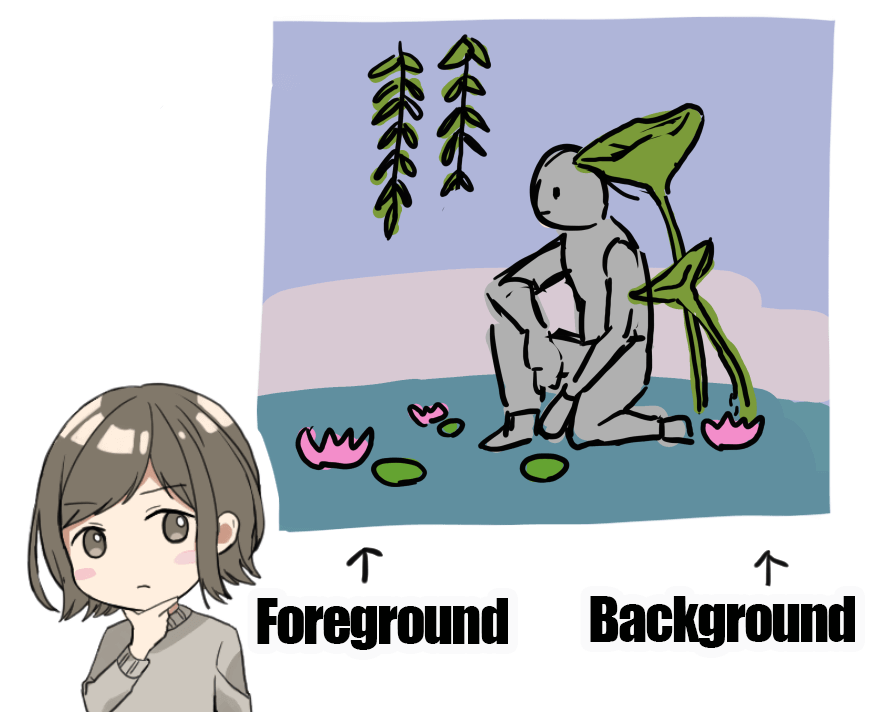 Willow in the foreground, lotus flower and leaves on the water surface, a person, and a large lotus leaf growing upwards.
So decide the location of everything at this rough stage, the willow close to the lens should be out of focus… etc.

Once you know the order of where each motif is placed, be conscious of drawing close objects large and far objects small. 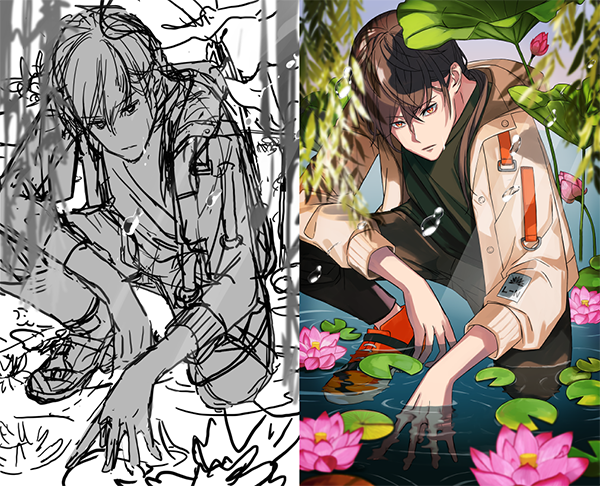 3. Decide on the Shadows

I thought it would be nice to have the shadows of the large lotus leaves on the figure, so I decided to use the upper right corner as the light source. 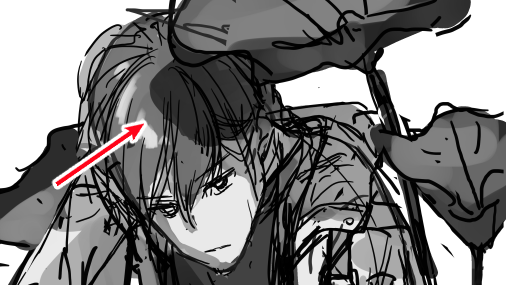 The rough shadow have been decided. 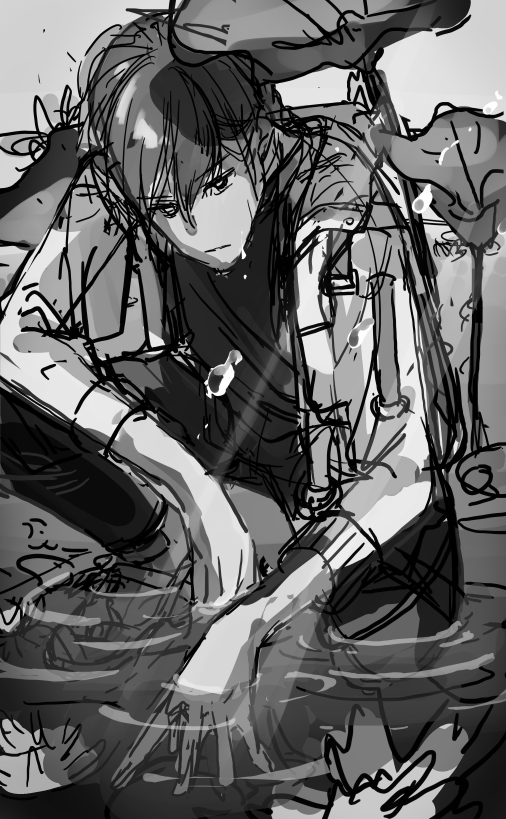 Once you have decided on the shadows, we can start coloring.

I want the colors of the lotus leaves and lotus flowers to look vivid, so I use subdued colors for the characters. 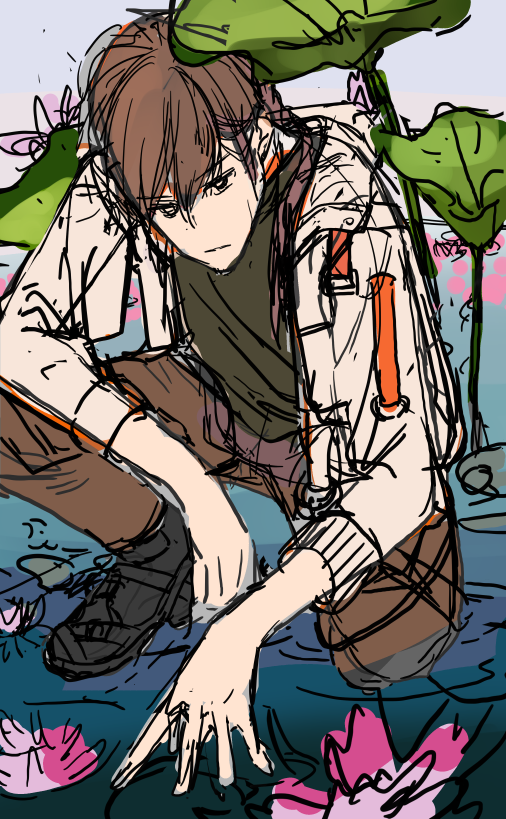 Since there are two eye-catching colors, pink and green, I realized that if I added more colors to a larger area, it would look cramped, so I kept the color scheme of the character low.
I made the belt part of the jacket orange for fashion. 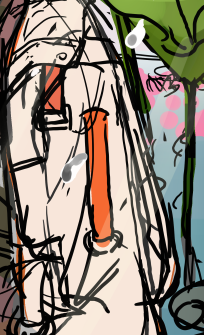 As I looked through the materials, I learned that the water depth required for a lotus’ healthy growth is at least 10 centimeters, so I set ankles submerged in water. 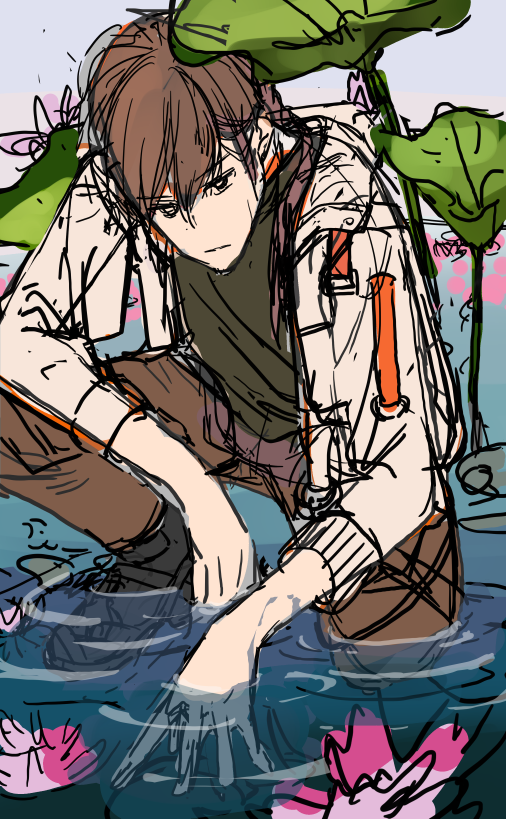 The location of the shadow has been roughly decided, so we will paint the shadow along.

Export the rough drawing once to display it in the document window when you make a clean drawing. 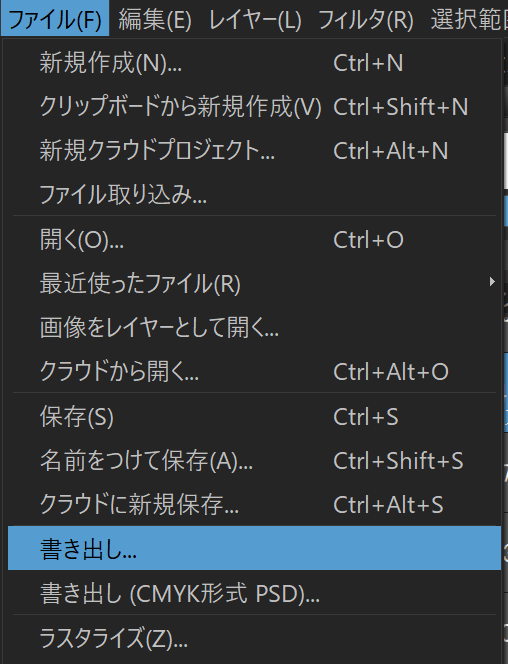 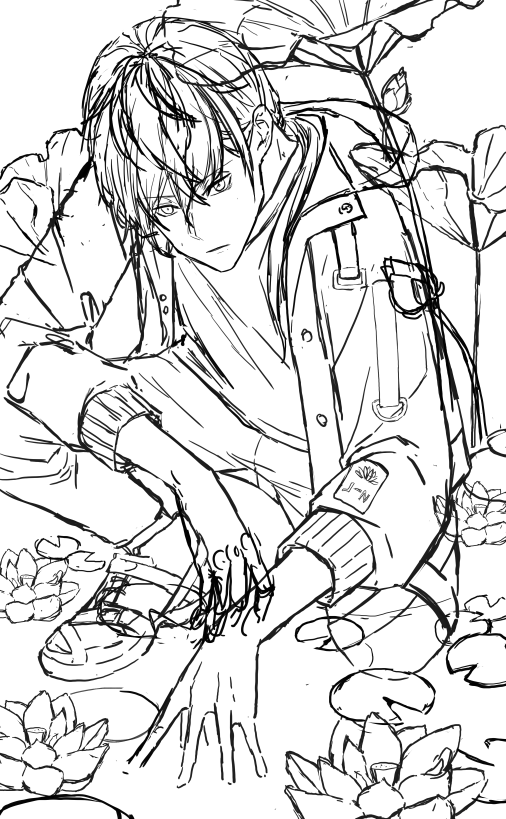 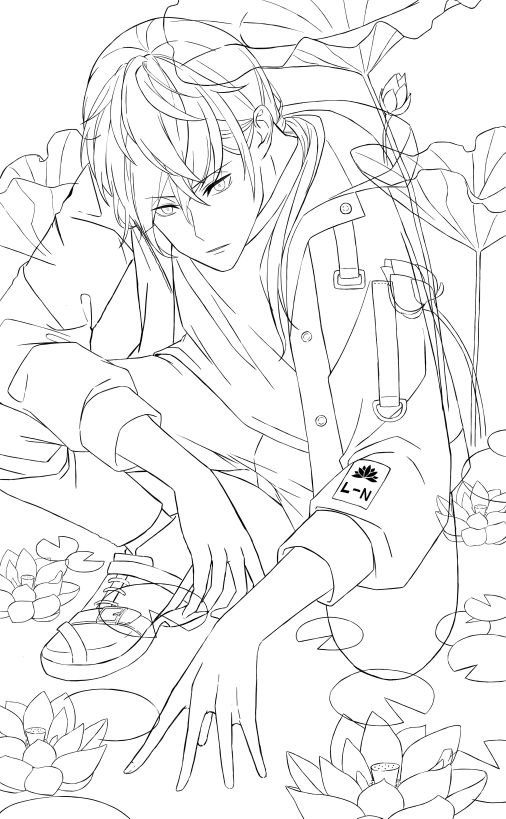 Now that the line drawing is done, we will divide it into parts and color it.

The parts are now separated. 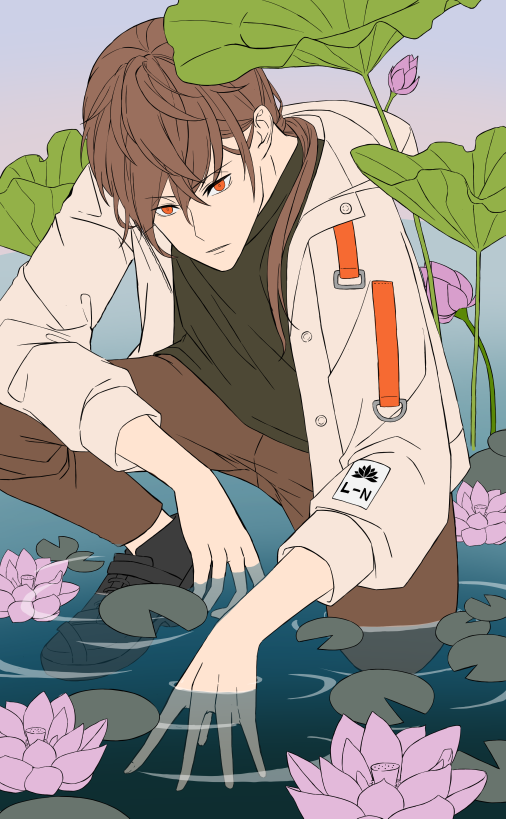 After dividing the image into parts, display the rough sketch in the material window and paint the shadows while looking at it. 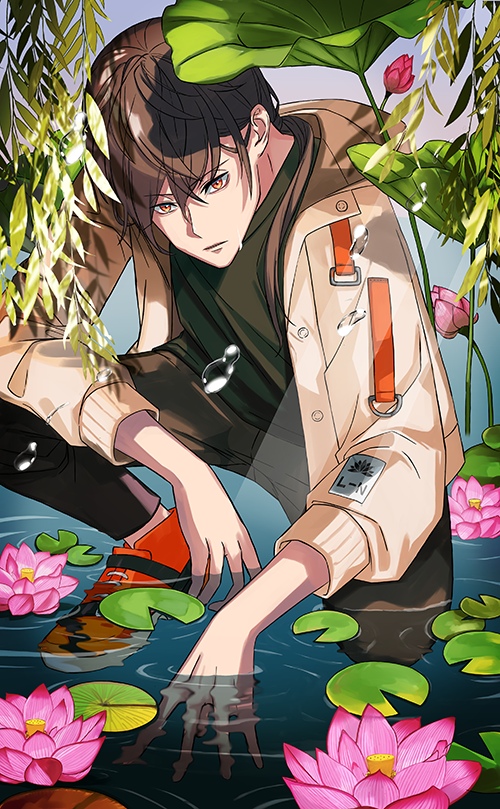 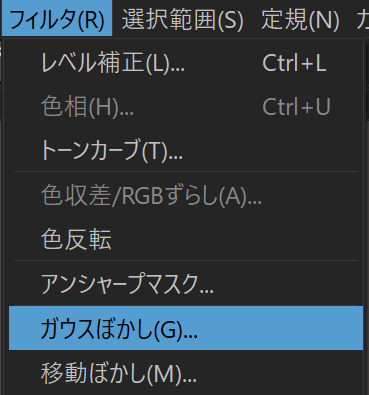 Now the blur is applied. 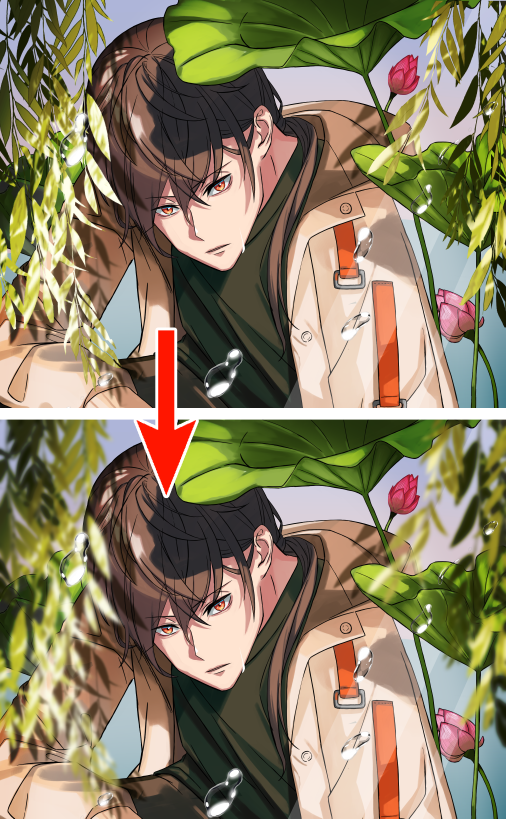 Next, we will apply blur to the lotus flowers.
The layer of the lotus looks like the image below, with the water surface and the layers drawn separately. 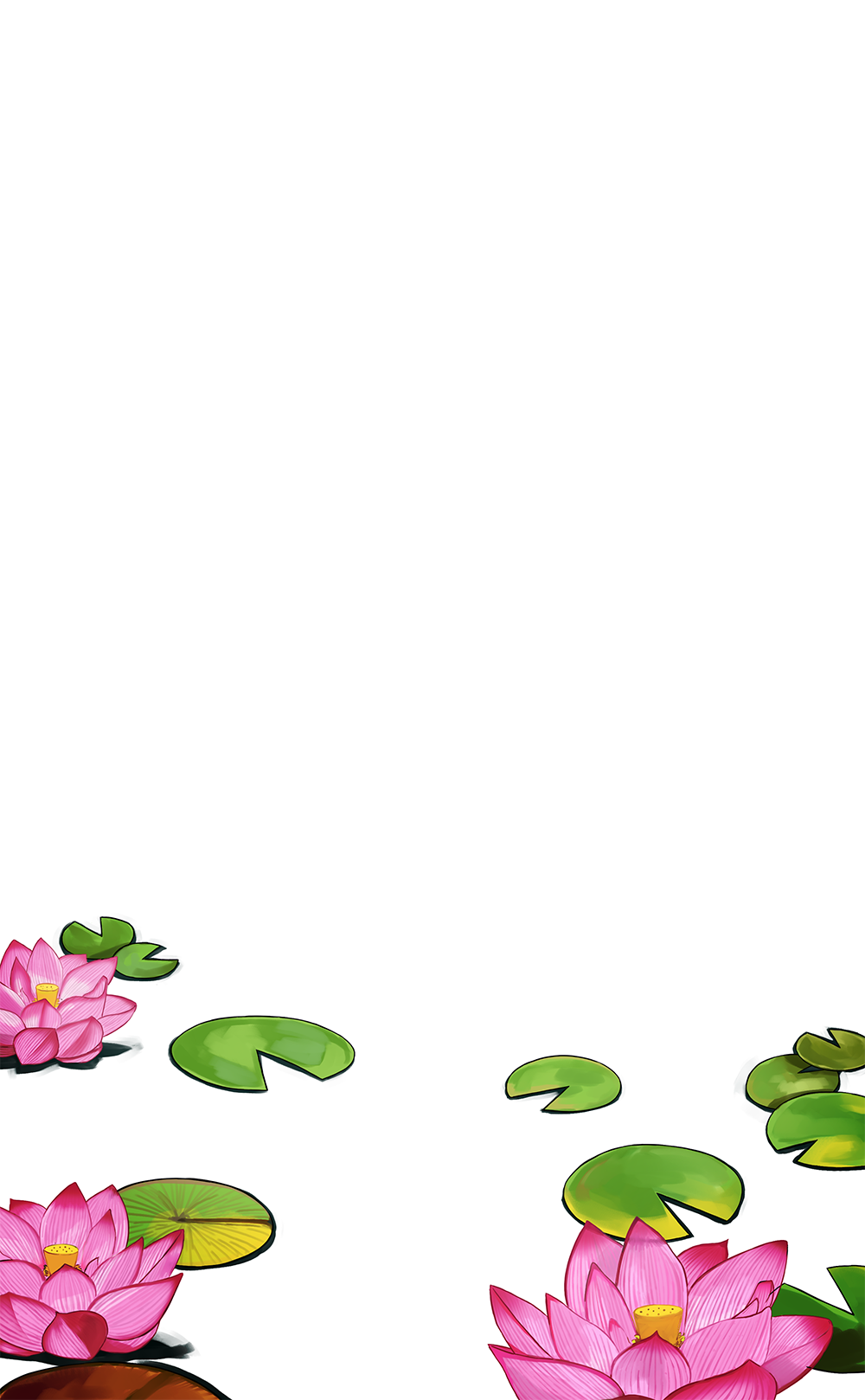 We want blur the lotus in the foreground and the unblurr the one in the background, so we will use two layers, 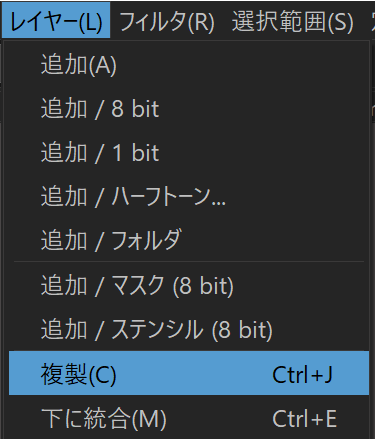 Apply Gaussian blur to one of the two duplicates.
The order of the layers should be as follows

Select the unblurred layer and create a new mask layer. 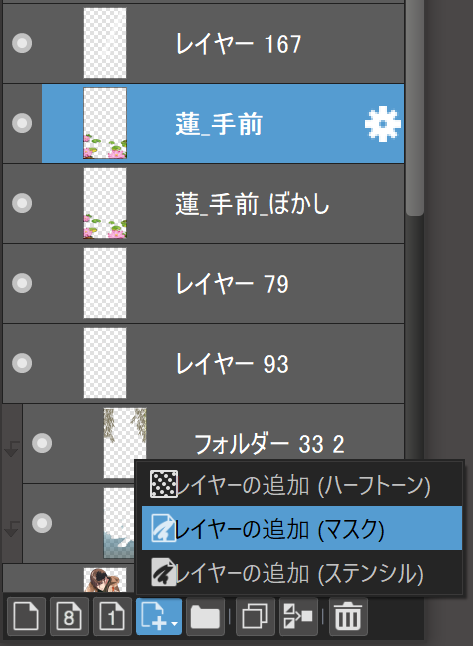 The mask is created. 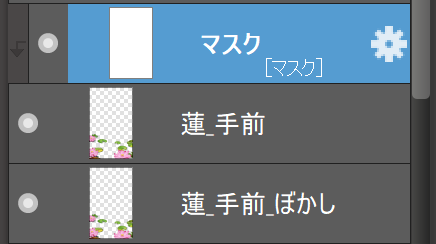 Select black from the color circle, make sure the mask layer is selected, and then erase it with the pen.

The mask layer should look like this when the area you want to erase is painted black. 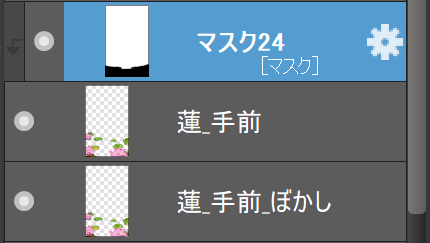 Check carefully to make sure there is no residue, and you are done.

In this article, I created an illustration with a background by mainly using “vanishing perspective”.
I hope you will expand your imagination and try your hand at creating illustrations with backgrounds!

(Text and pictures by Mido Hachino)