So, let’s take a closer look at the characteristics of both foxes and wolves in this article.

Features of the fox

Foxes are generally thin and lithe, and their faces are somewhat sharp.
The following characteristics of foxes give them this impression.

＜The Fox’s Characteristics.
The nose is thin and thick.
Slightly hanging eyes and a sharp face.
Narrow arms and legs. 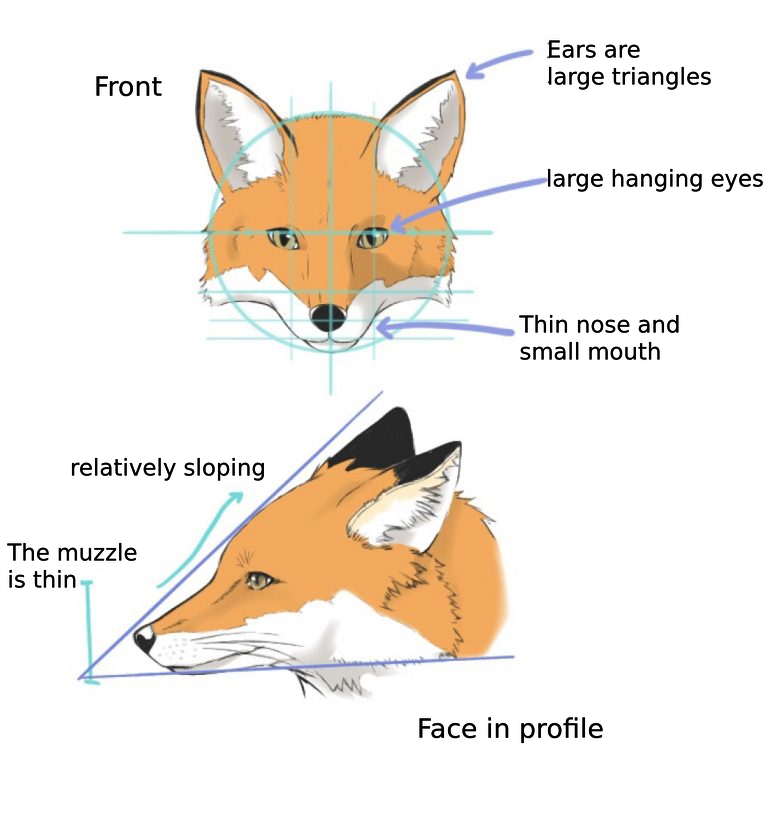 So let’s start by looking at how the face is drawn.

The basic shape of the face is similar to that of a dog, but with a narrower nose tip and less thickness.
The lower half of the face should be drawn with a sharp, compact image.

I drew the ears as an image of a rather large triangle.
There are two types of ears, one with black backside and the other with the same color as the body, so you can draw the type you want to draw with reference to materials. 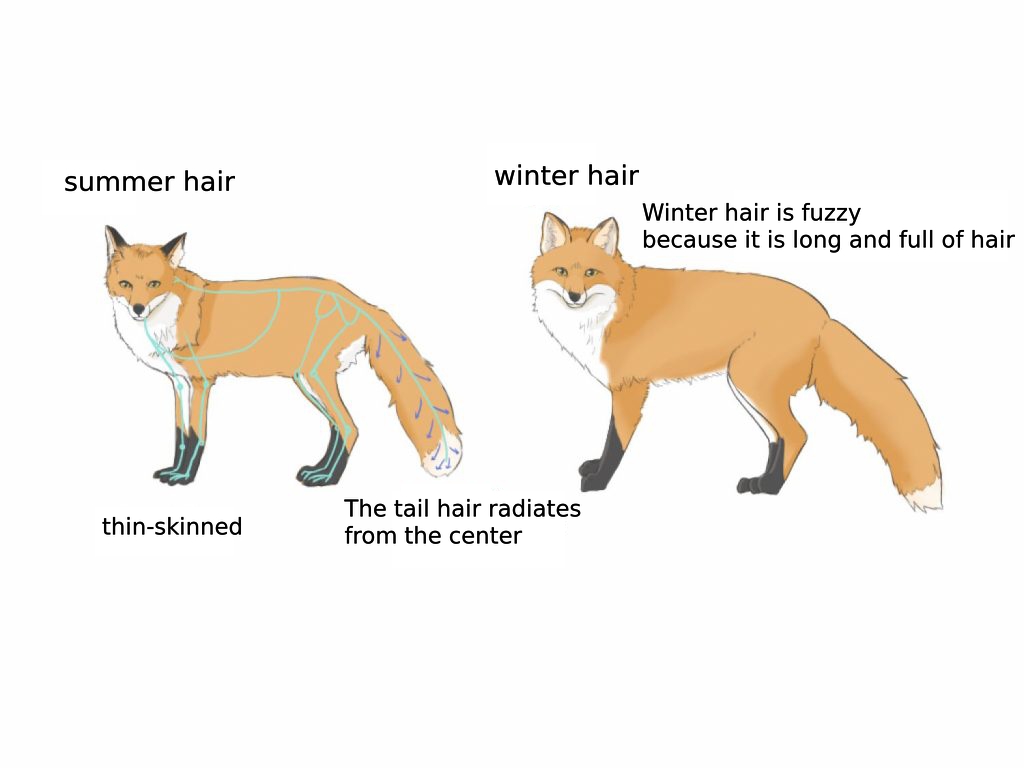 When you draw the body, I think it’s easier to draw the skeleton first as a bite, or if you draw each part separately and draw it briefly and roughly.

Basically, foxes are slender and have thin limbs.
Their slender features stand out when they have summer hair.
On the other hand, when they have winter hair, their fur is longer and their bodies appear slightly more rounded.
The tips of the limbs can be black, as shown in the illustration, or the same color as the body part.

The tail is cylindrical in shape, thin at the base and tip and thicker in the middle.
Keep in mind that the hair on the tail should be drawn radiating outward from the central part of the body of the tail.

The Characteristics of Wolves

Wolves are generally considered to be the largest of the canine family.
As a result, they are large and generally sturdy.
Wolves also have a large nose and mouth, and their faces are rather mature and clear.

.
Thick limbs.
Slightly small eyes.
Large nose
Too much hair around the face and neck
Stiff around the neck and shoulders 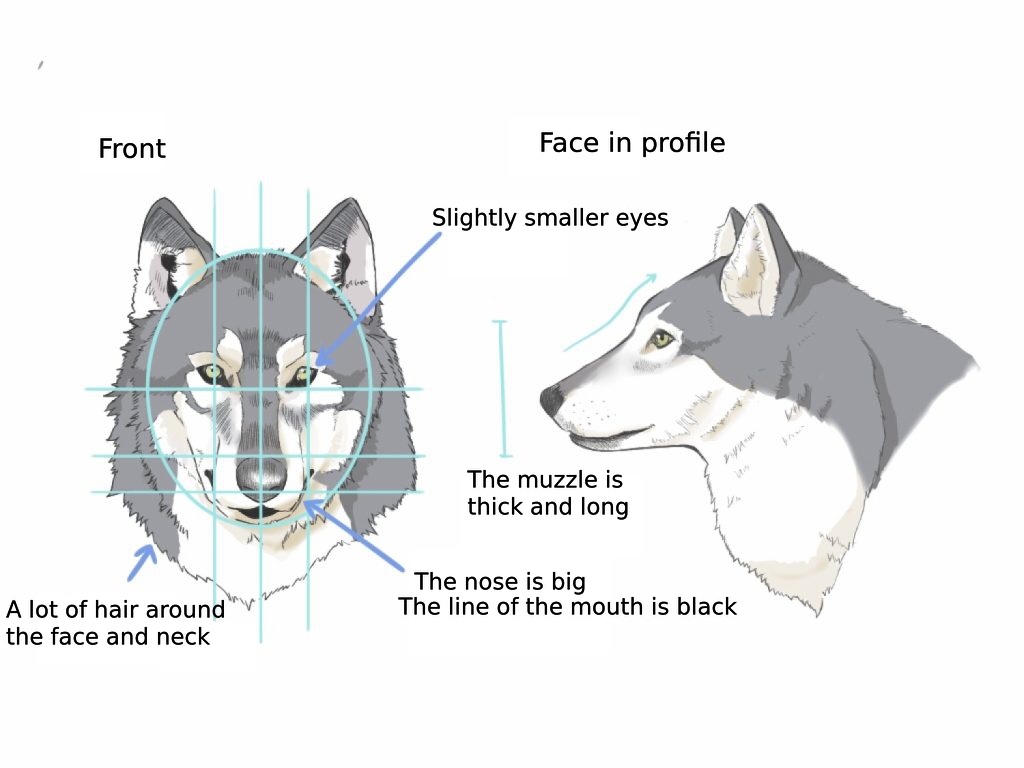 The wolf’s face is long from the eyes to the tip of the nose and has a mature, snub-nosed look to it.
The nose and mouth are slightly larger and the eyes are relatively small.

When drawing, first place the parts of the face with the thickness and length of the nose tip and the size of the nose in mind.

Another characteristic of the wolf is that it has a lot of hair around its face and around its neck.
When drawing the hair around the face, be aware of the tufts of hair and draw them in a zigzag manner.
You can express the wildness and roughness of the hair by drawing large patches of hair and making it move around, so adjust the way you draw the hair according to the image you want to portray.

You can adjust the way you draw the hairs to fit the image you want to portray; 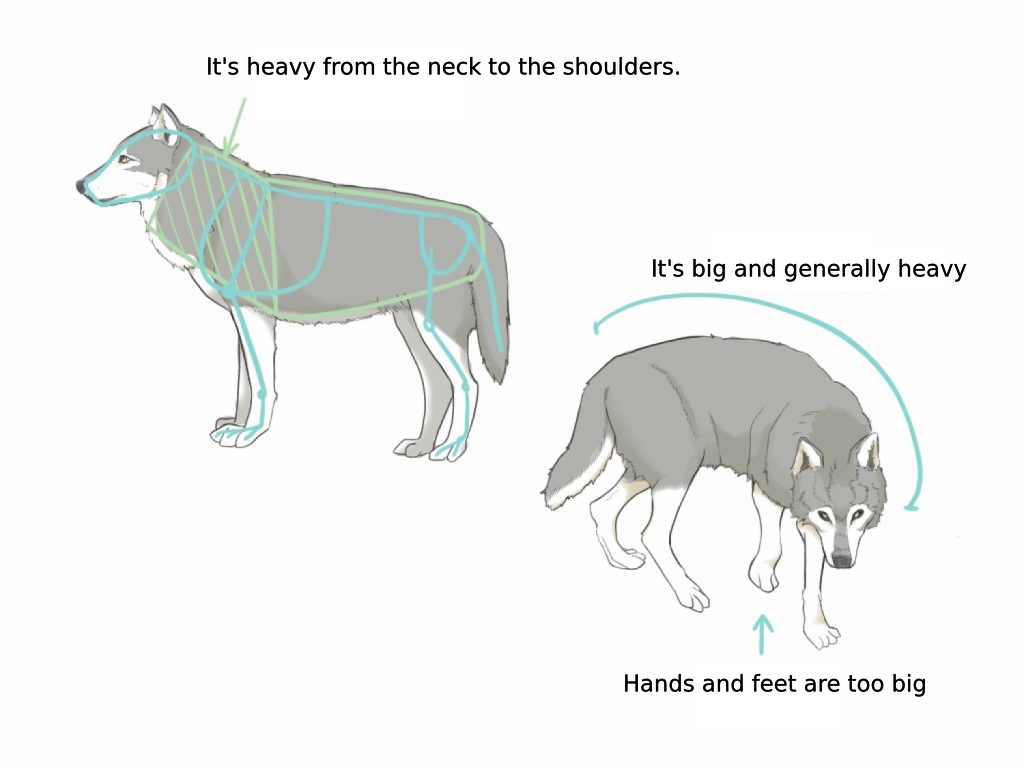 When drawing the arms and legs, it’s best to draw them slightly thicker and firmer to support the stocky body.

When I draw it as an illustration, I deform it to some extent, keeping in mind the characteristics I have introduced above. 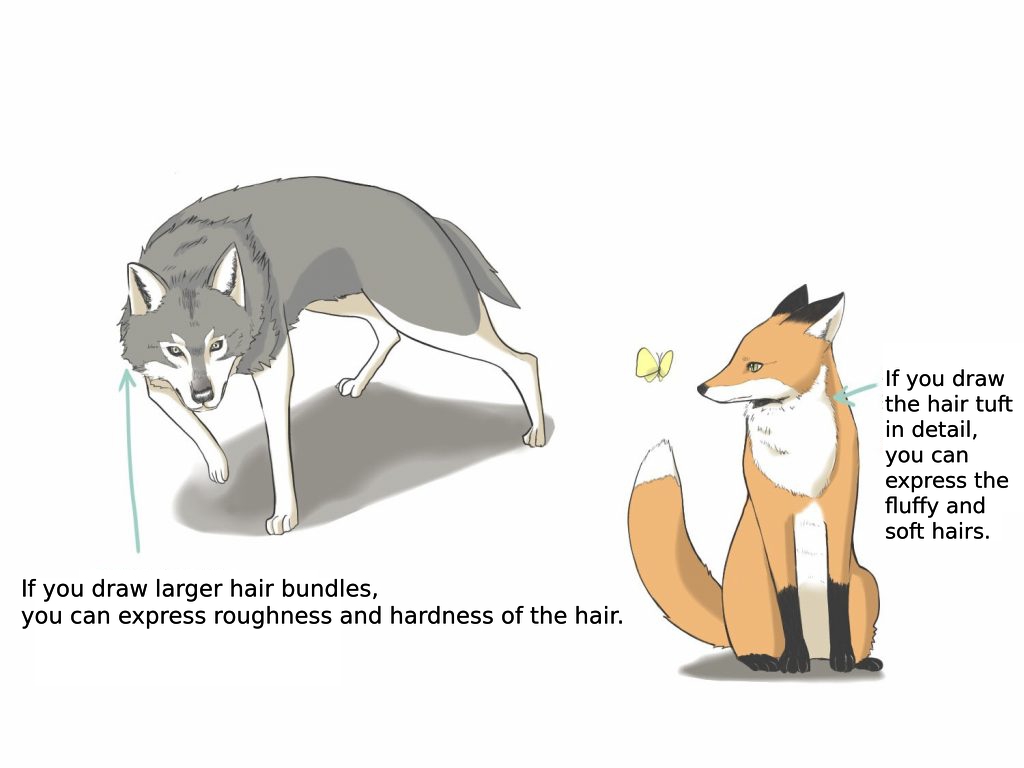 If you want to make it look fluffy, draw the hairs in detail.
On the other hand, if you want to show the roughness and hardness of the hair, draw in roughly, keeping in mind the tufts of hair.