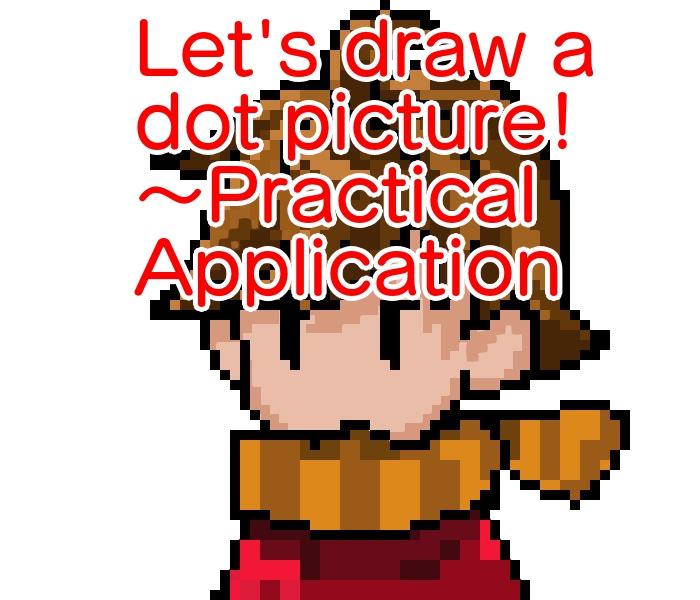 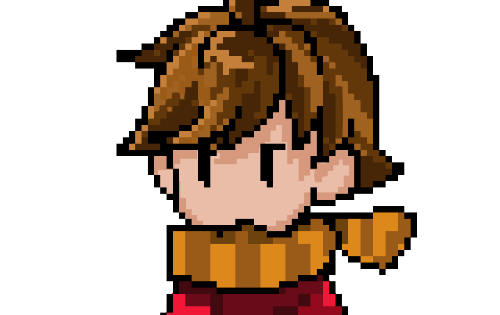 Now that you understand how dot painting works, you probably want to try your hand at drawing dots, don’t you?

With the dot pen in Mediban Paint, you can draw a line with any number of pixels, and you can easily draw dots as if you were drawing a picture. 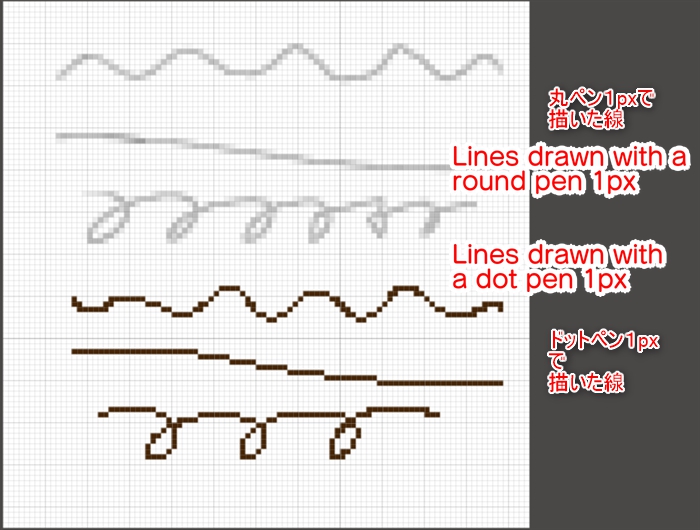 If you don’t have a dot pen in the brush window, you can download it from the cloud materials.

Click on the “Add Brush” symbol at the bottom left of the brush window. 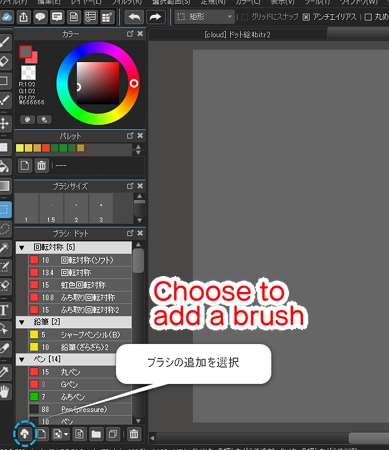 Type “dot” in the search field of the cloud materials to bring up the dot brush. 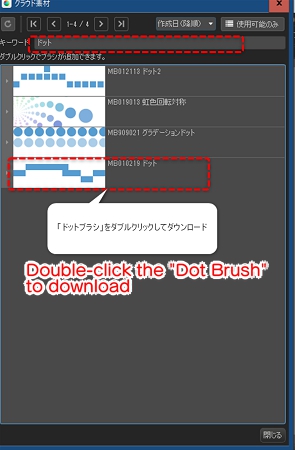 Next, let’s bring up the grid, which is useful for drawing dots.

Check “Grid per pixel” in the menu column to display the grid. 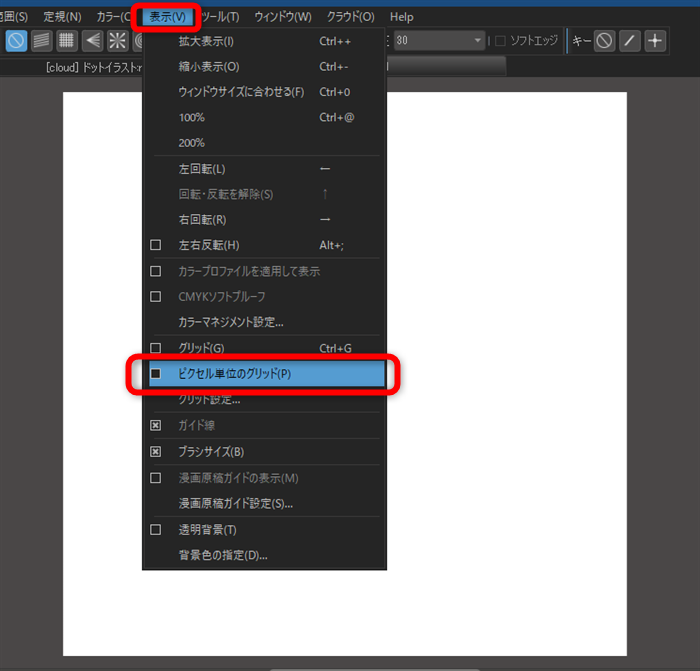 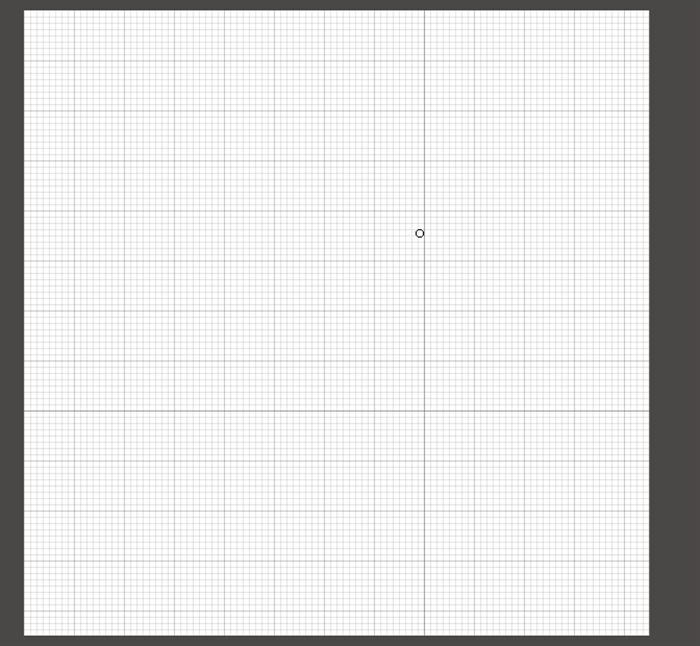 Grid by Pixel is a feature that allows you to display a grid of one pixel when the screen is zoomed in to 600%.

You can also change the grid units to match the number of pixels on the canvas from the grid settings. 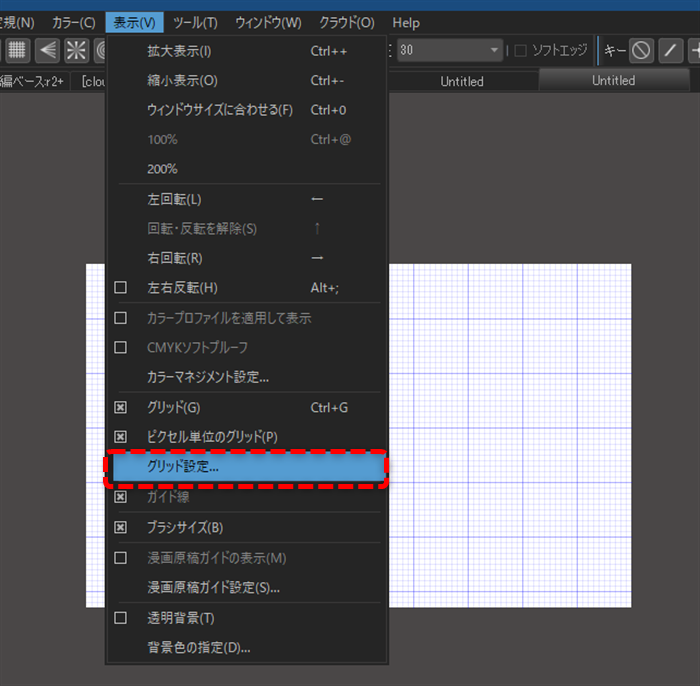 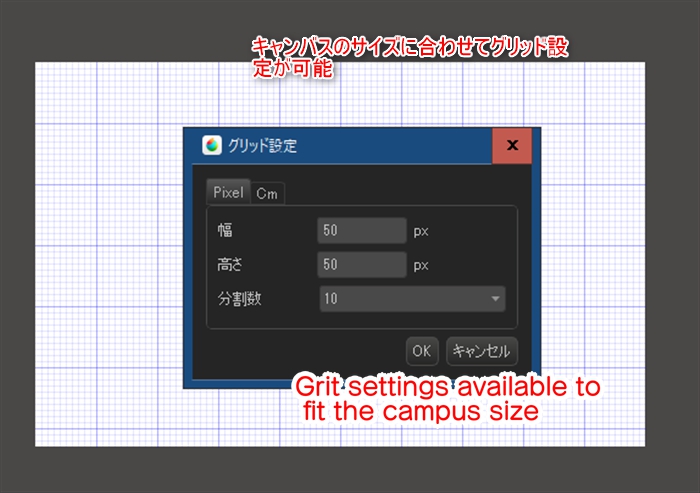 Draw a picture with a dot pen&lt

Once you have downloaded the cloud brush, you can draw a picture with the dot pen.

Prepare the illustration you want to make into a dot picture. 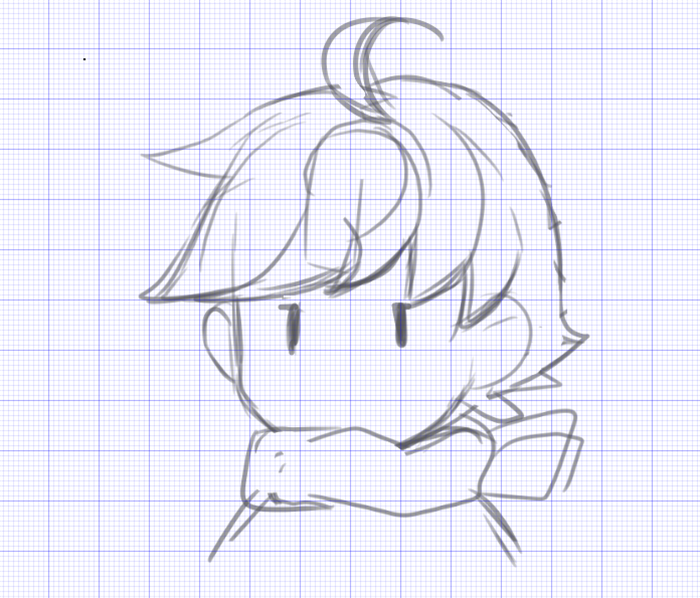 Once you’ve drawn the preliminary sketches, you can add the lines with the dot pen. 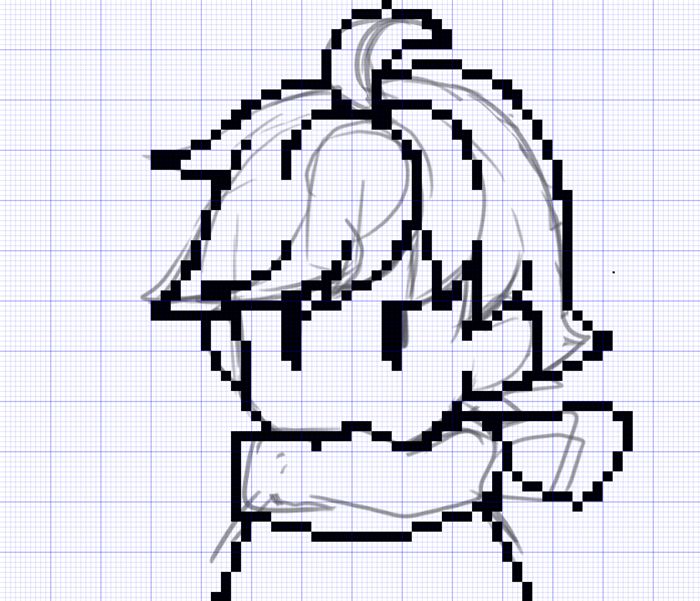 Create a new layer and use the bucket tool to paint the base color on each part of the face, hair, etc. 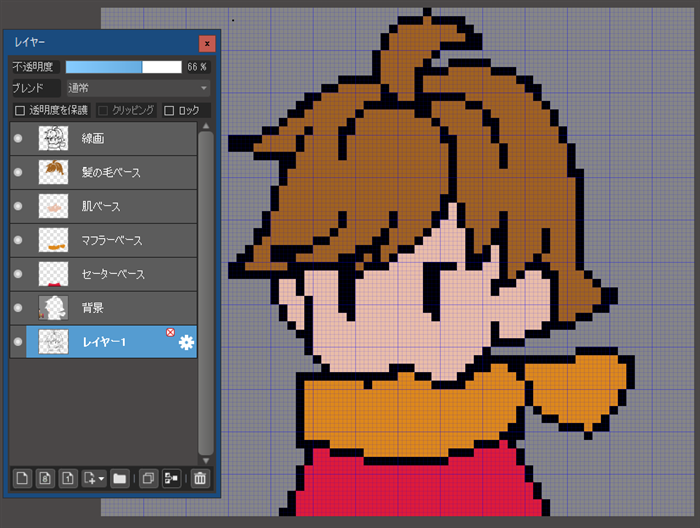 From this point onwards, proceed in the same way as you would in a normal illustration.

Create a new layer and paint a shadow on your base layer by clipping it.

Draw the border of the shadow with a dot pen. 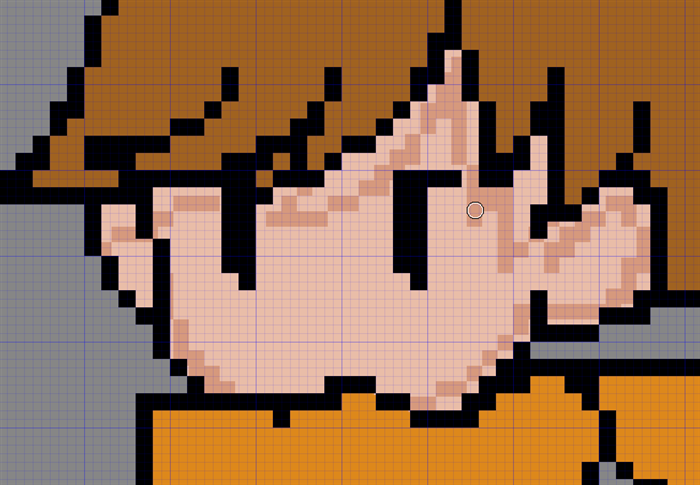 Fill in the margins with the bucket tool. 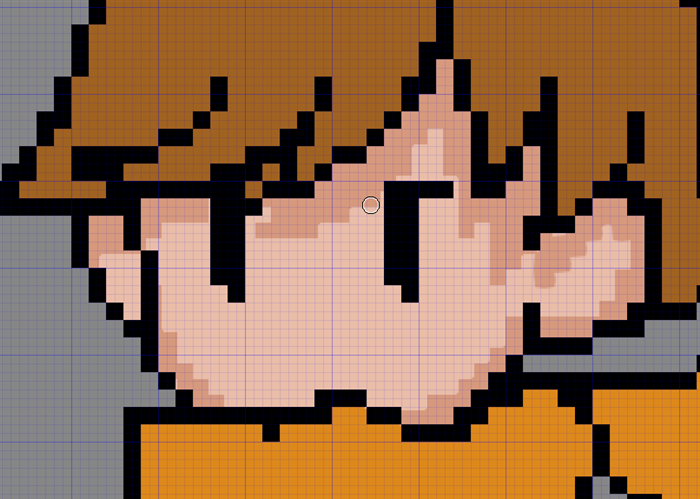 The other parts will be shaded in the same way. 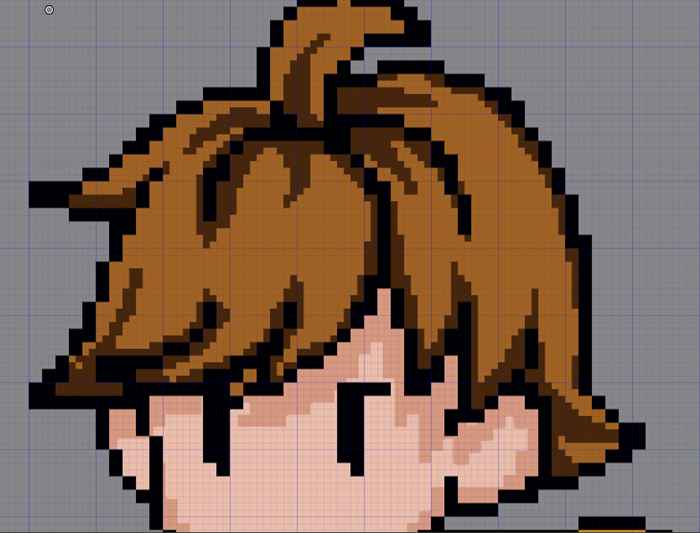 For some parts, we will add bright colors that are illuminated, not just shadows. 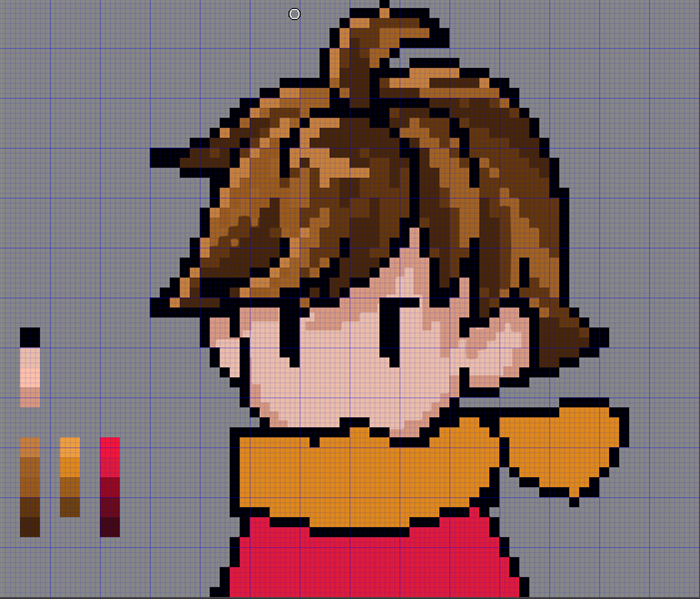 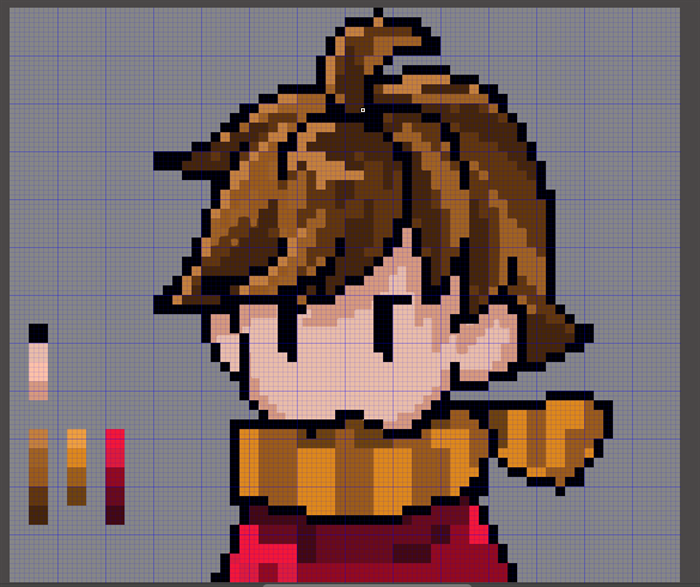 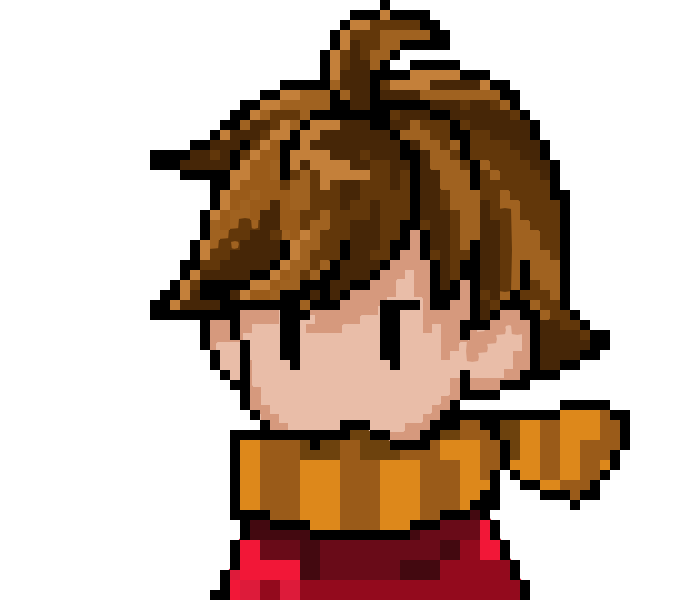 You can change the color of the main line to make a different kind of dot picture. 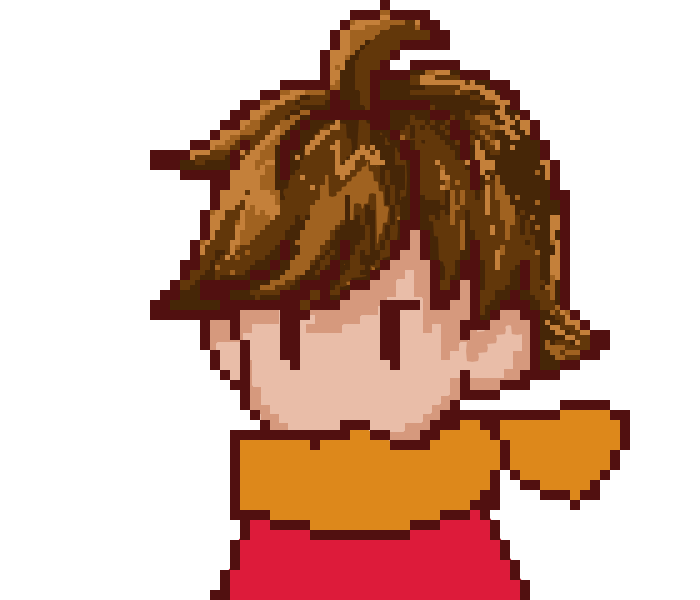 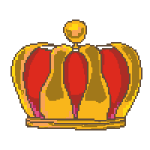 Be sure to give the adorable dots a try, too! 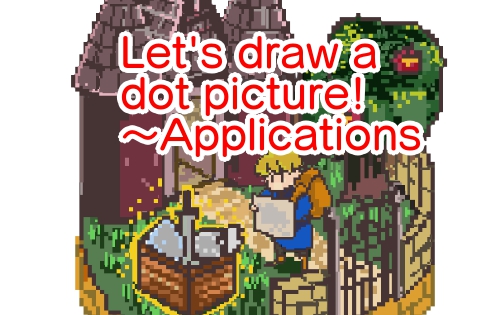 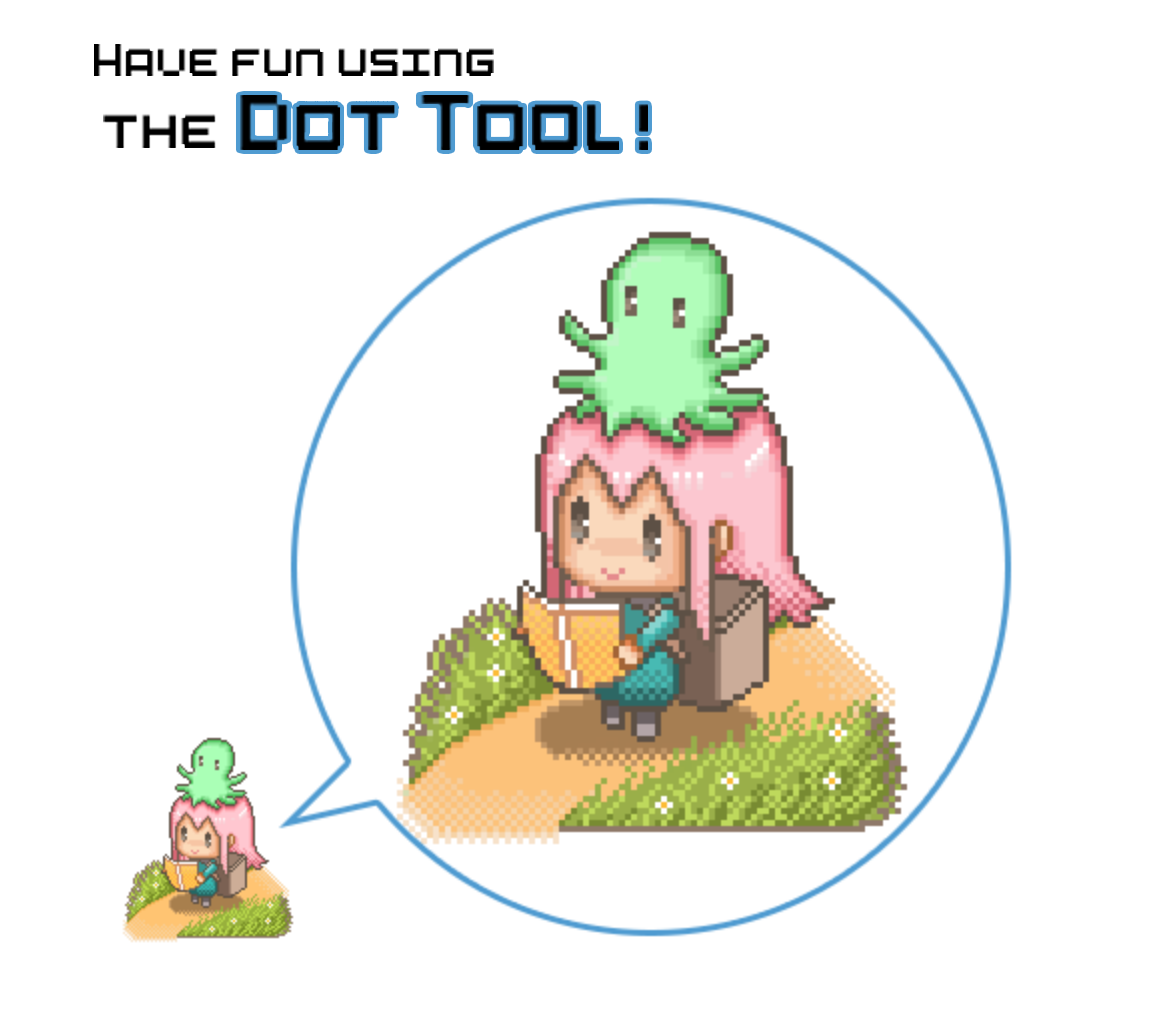 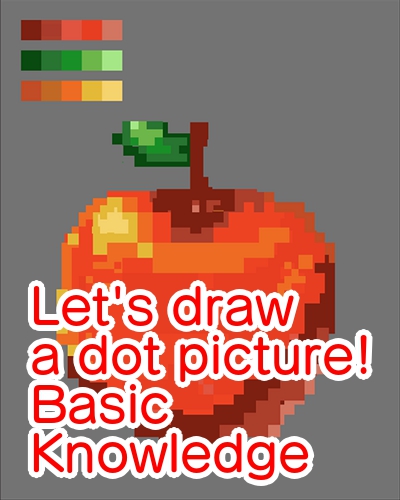