If you’ve drawn a frontal face but it looks somewhat strange, I recommend reviewing the skeleton of the head and the balance of the eyes, nose and mouth. 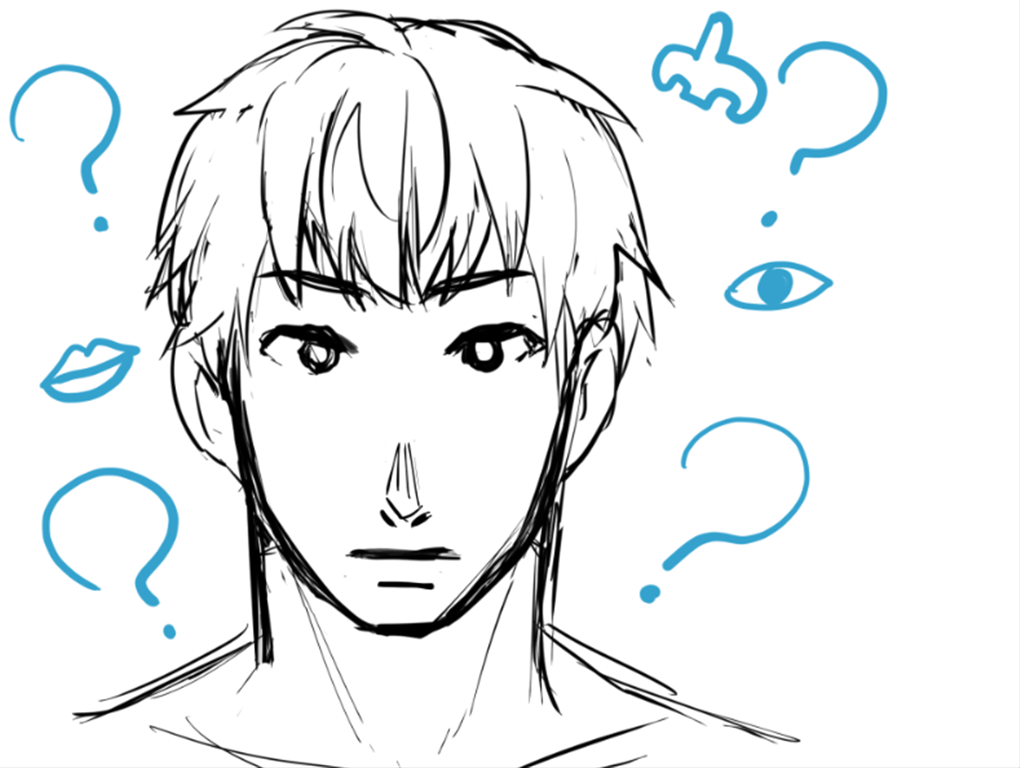 So in this article, I will explain how to draw a frontal face, looking at the structure and the proportions of the parts of the face.

Let’s get to know the structure of the head!

The human skull is divided into two main parts: the part that covers the brain and the facial area. 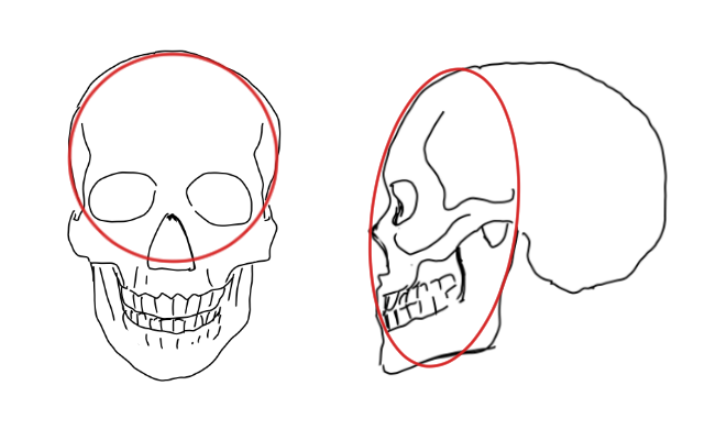 Try to get a bite of the front face while imagining the shape of the skull.

You can find more information here.
How to Draw Various Face Directions (Aori)

How to draw a frontal face

The frontal face is divided into two parts: drawing the outline and drawing the parts such as the eyes and nose.

Drawing the outline</h3
The first step is to draw the bite for the outline.

Think of it as the part of the skull we saw earlier that covers the brain. 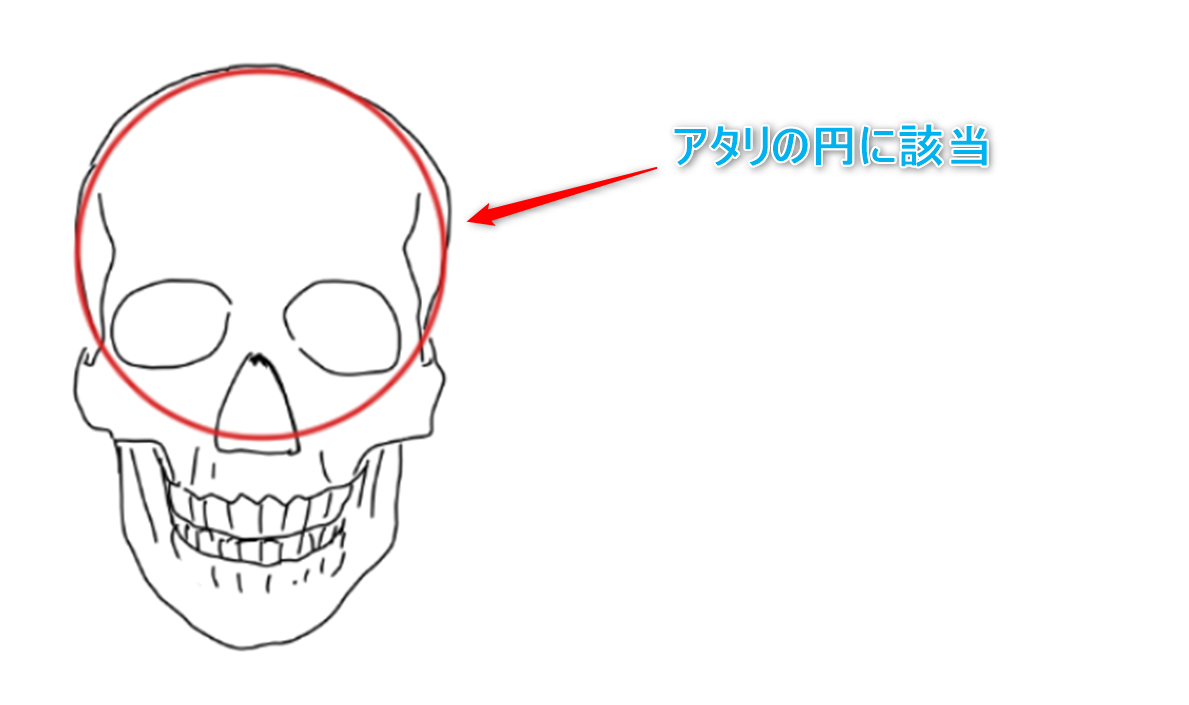 3.Draw a line under the circle with an interval of two equal parts.

This line will be your jawline. 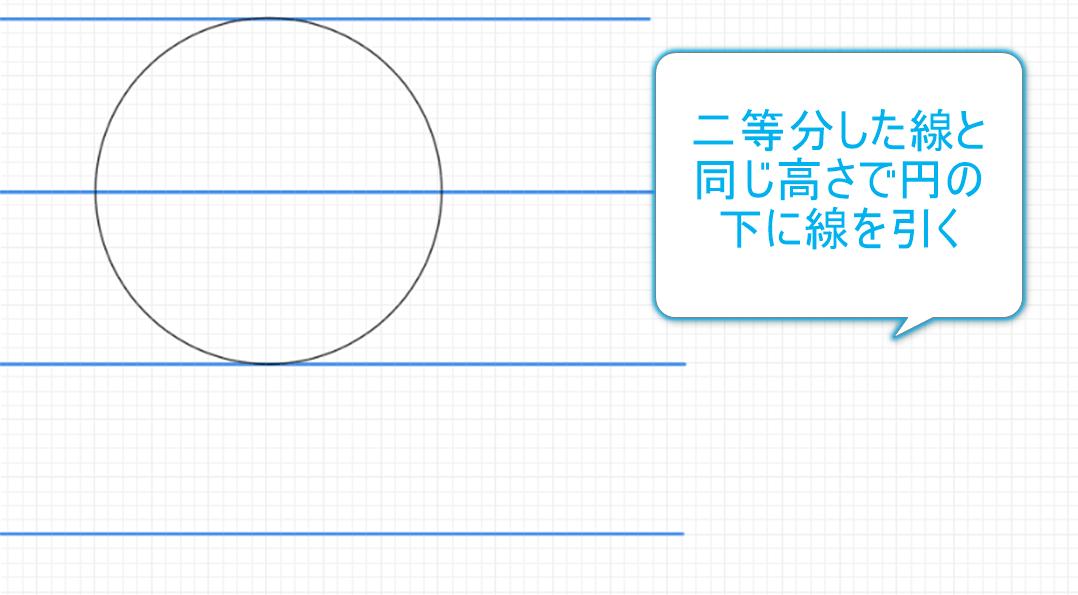 4.Draw a vertical line down the middle of the circle.

This line will be the midline. 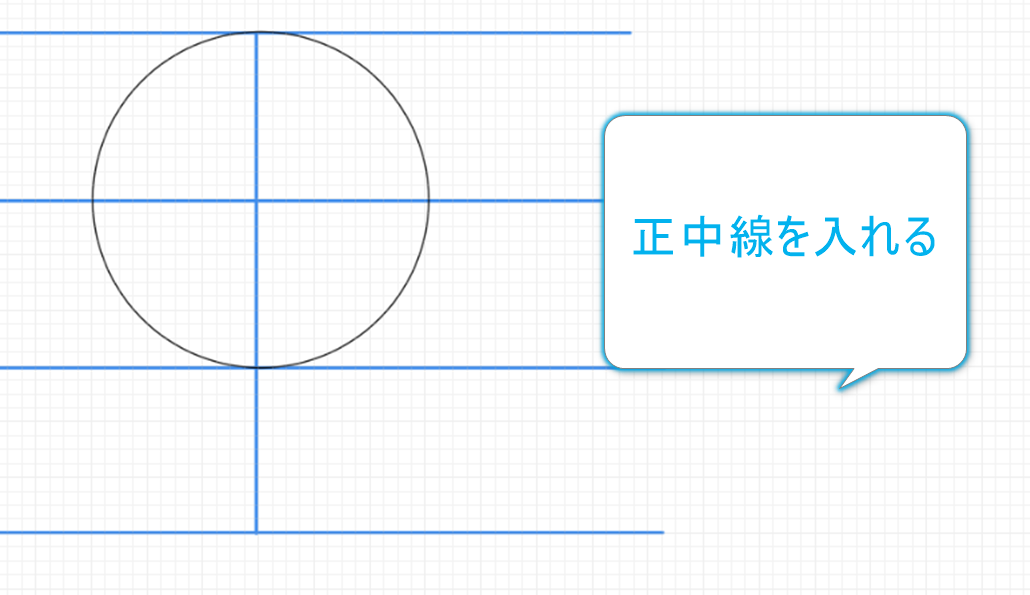 5. Draw a straight line down from each end of the circle to the jaw line. 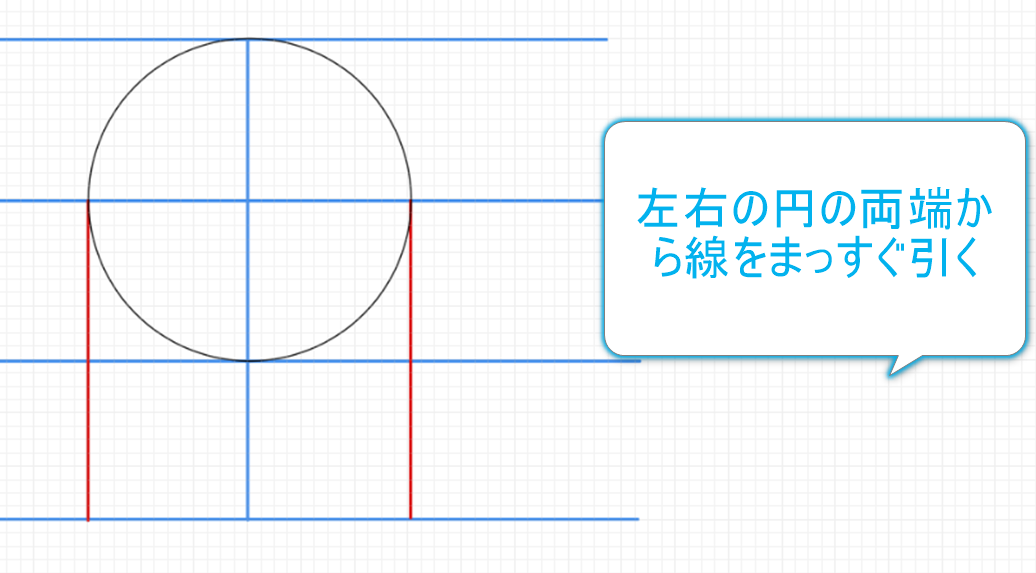 6. Add a rectangle so that it attaches to the bottom half circle. 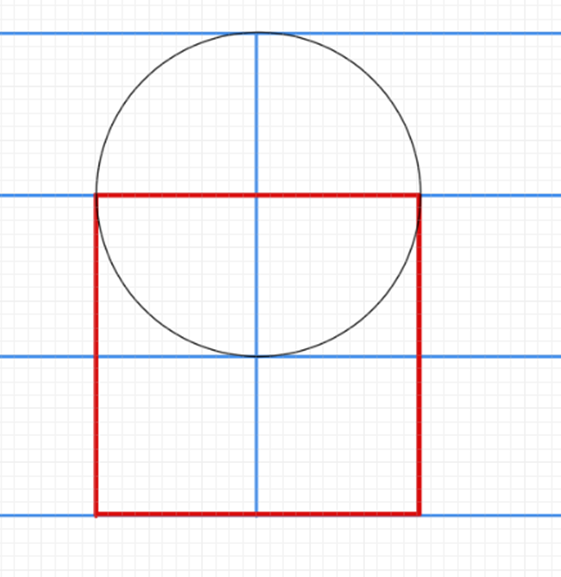 The squares are the eyes, nose, upper and lower jaw. 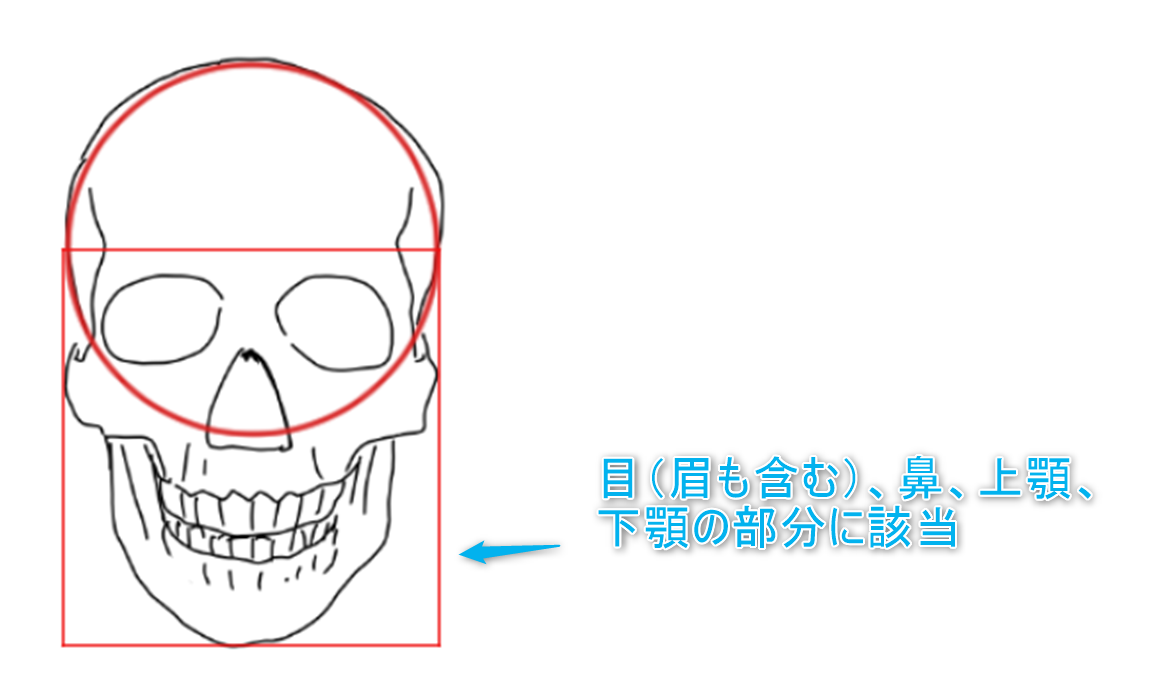 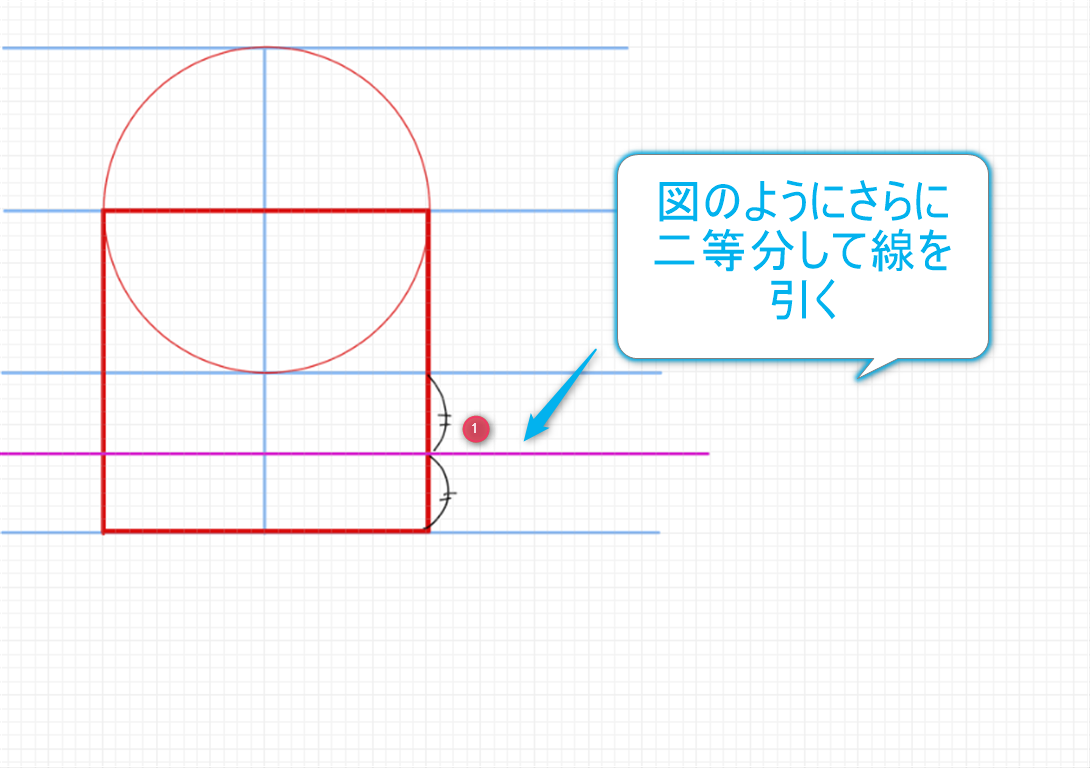 8. Divide the jaw line into three equal parts as shown in the figure (2). 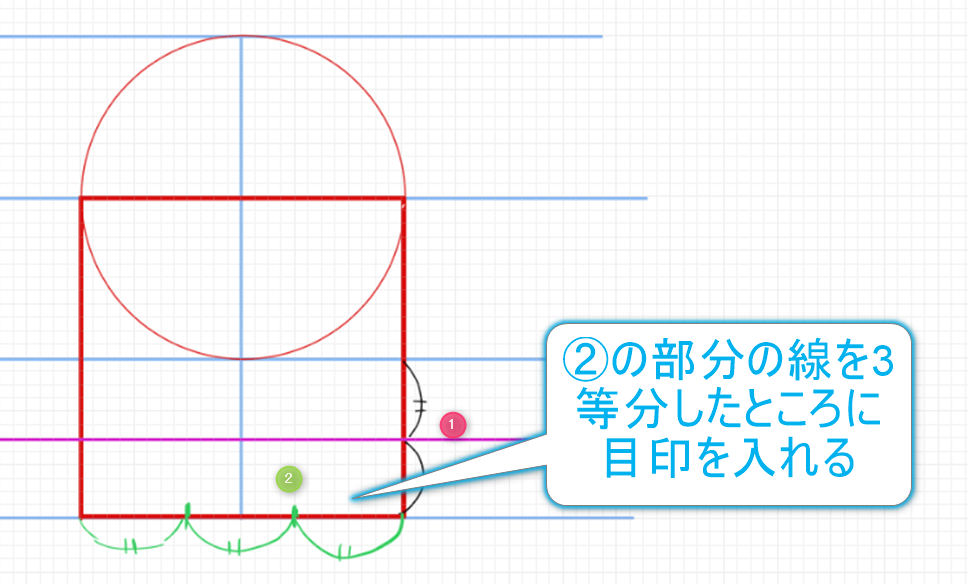 9. Draw the face line using ① and ② as a guide as shown in the figure. 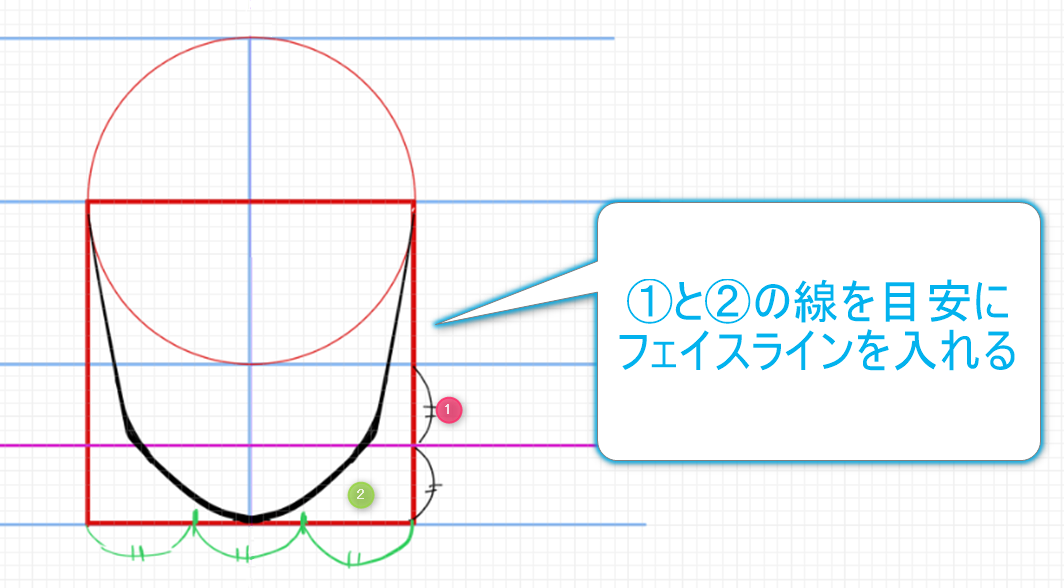 10. Add the head line and you have an outline! 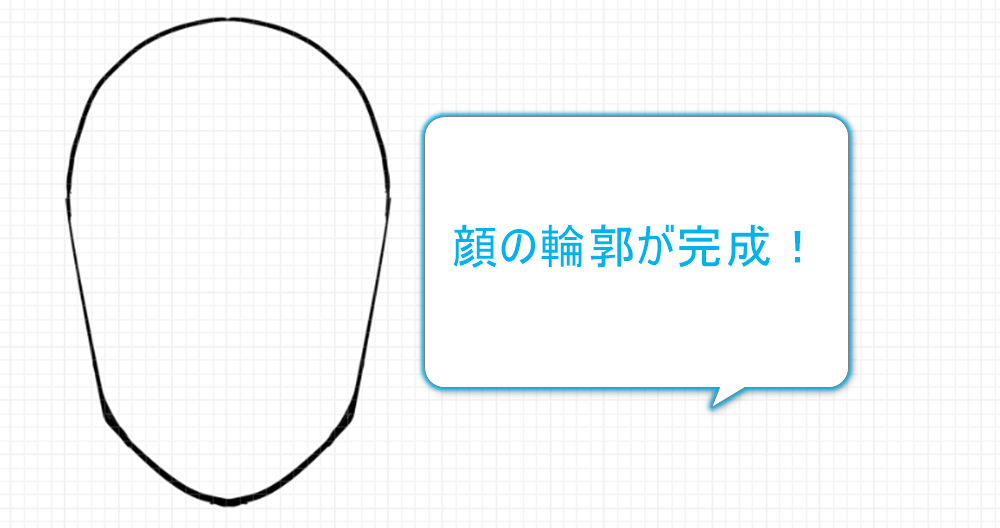 Place the parts of the face

Once the outline is done, we can add the parts of the face such as the eyes, nose, and mouth.

1. Divide the length from the top of the head to the chin into two equal parts. 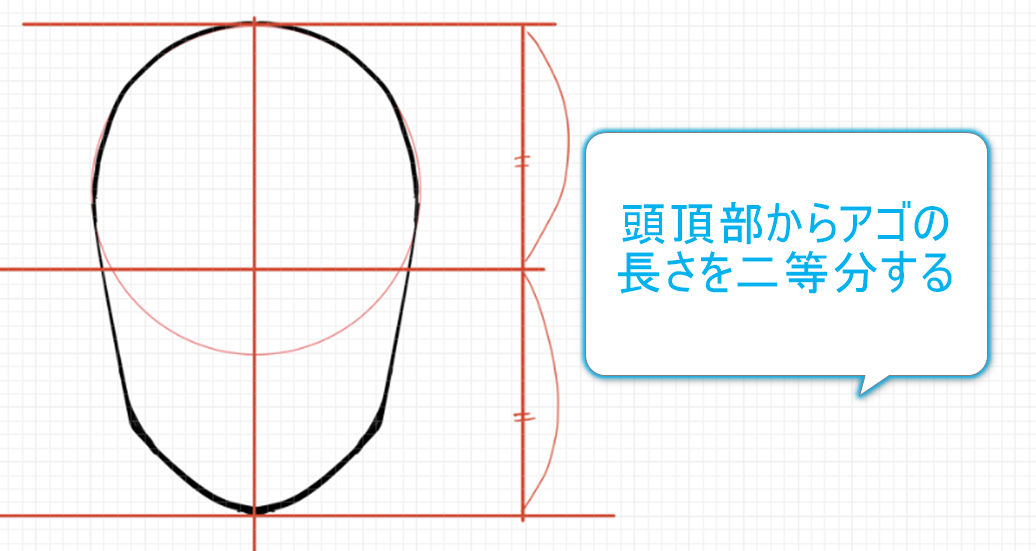 2. Draw eyes on the bisected area. 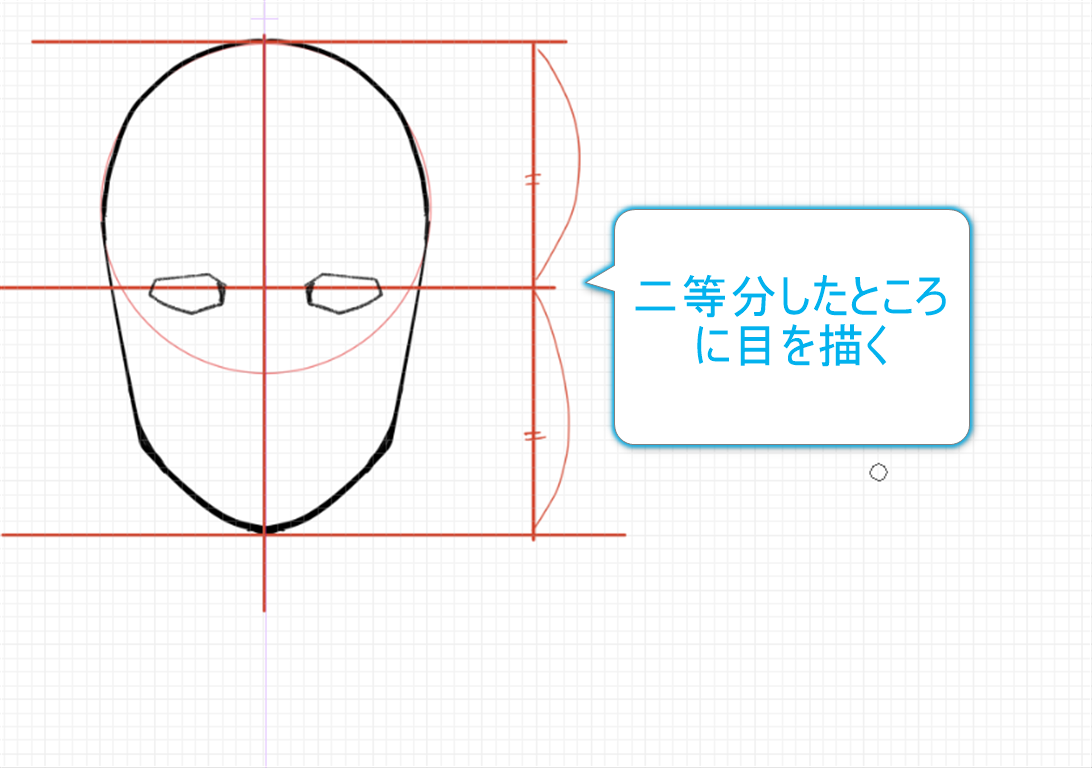 3. Draw both eyes with one space between them for evenness. 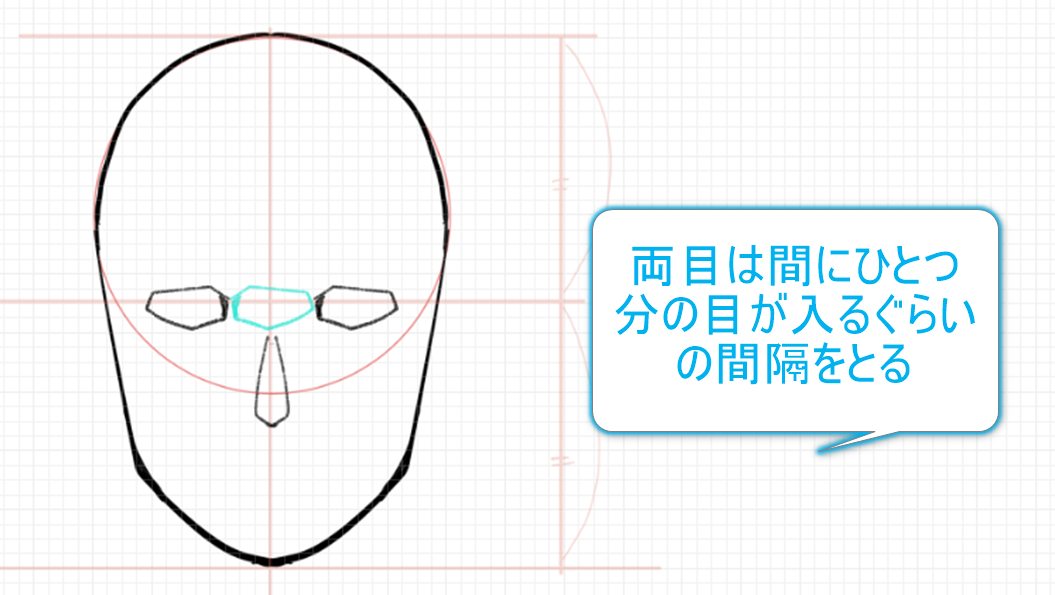 4. Draw eyebrows above the eyes. 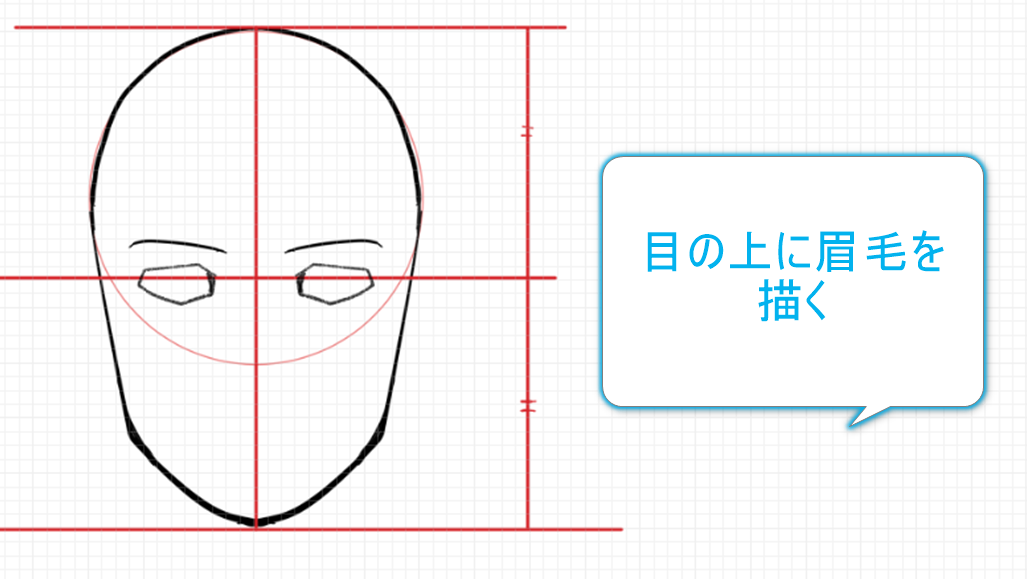 5. Further divide the hair from the top of the head to the chin into four equal lengths. 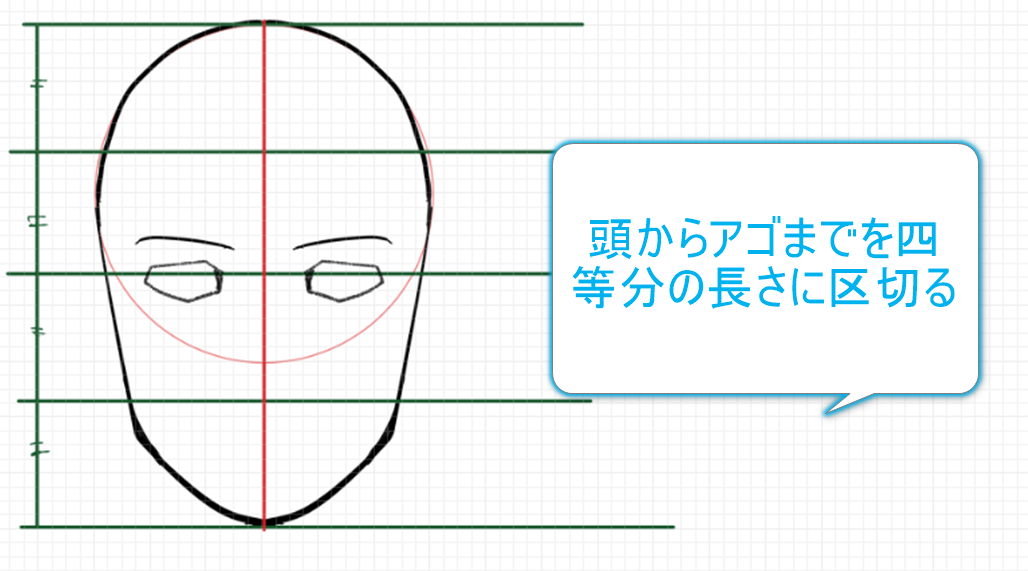 6. Draw the nose as shown in the figure. 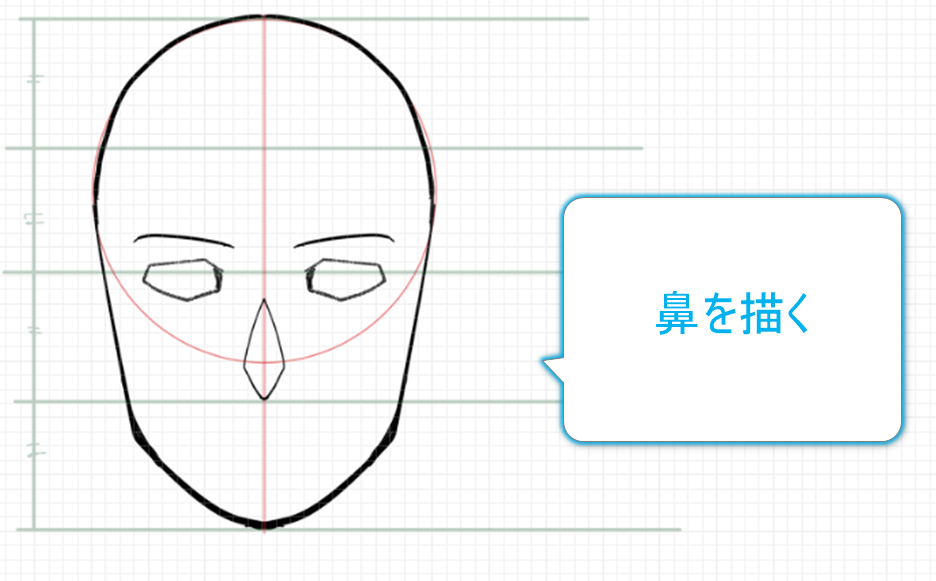 7. Draw the mouth between the nose and chin. 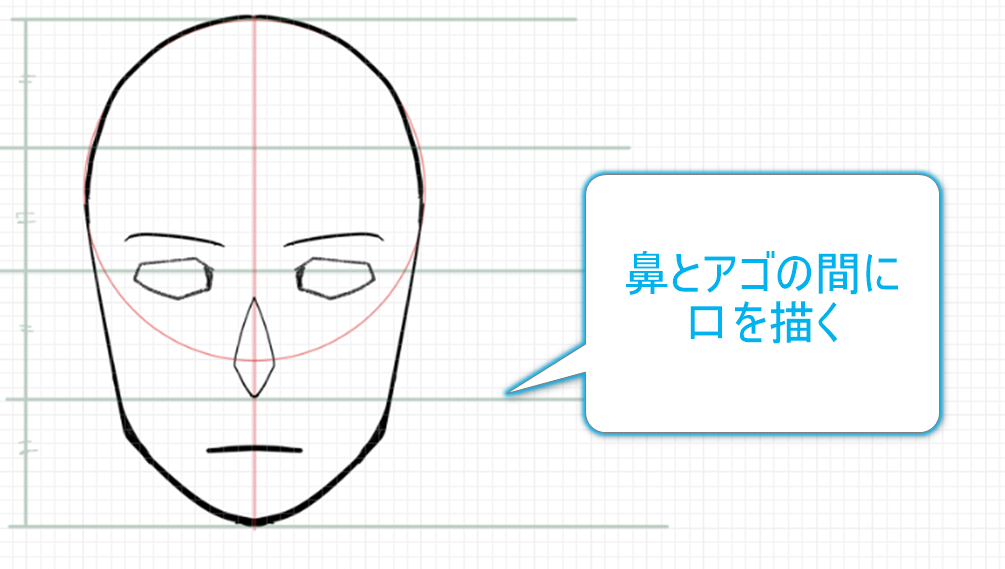 The ears are attached to both sides of the face at the height between the eyebrows and the nose. 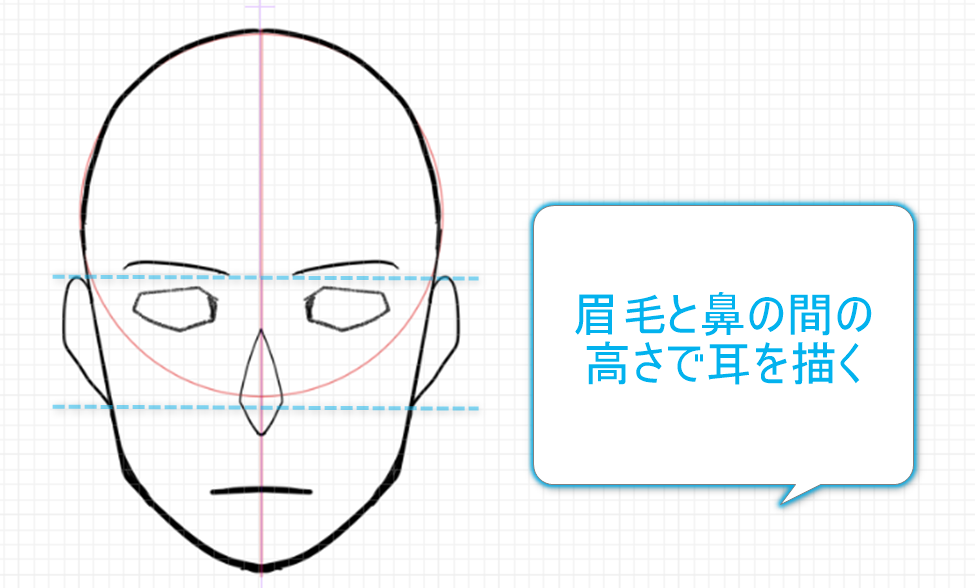 9. Draw the hairline from a little above the line A in the figure. 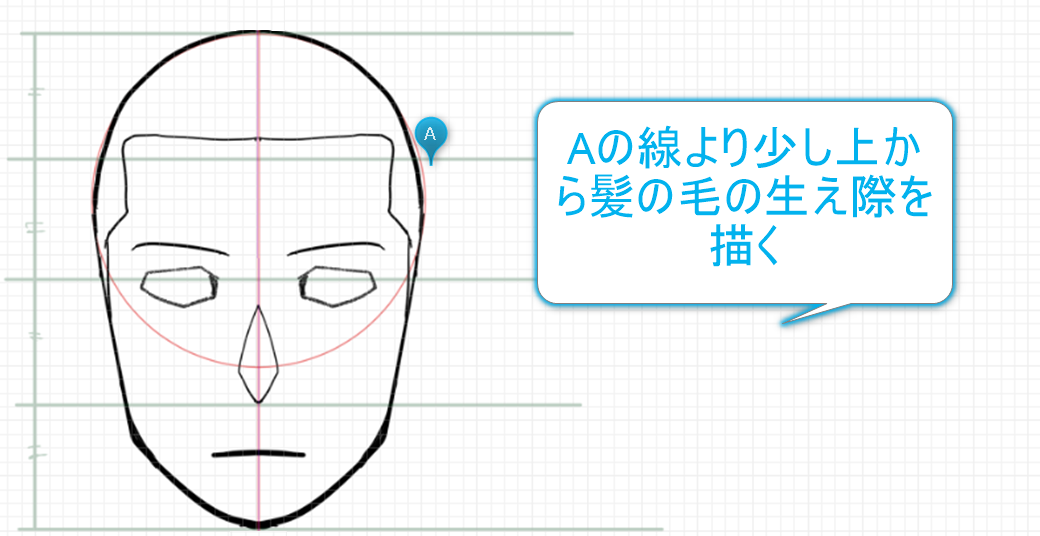 This completes the bite of the front face. 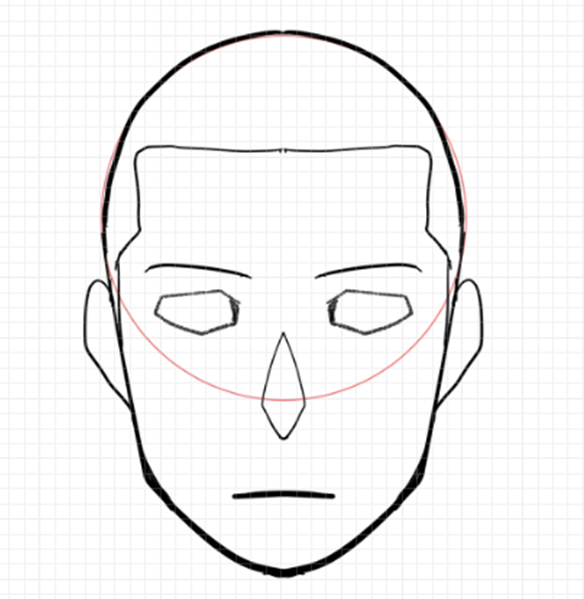 Flesh out this bite and you’re done. 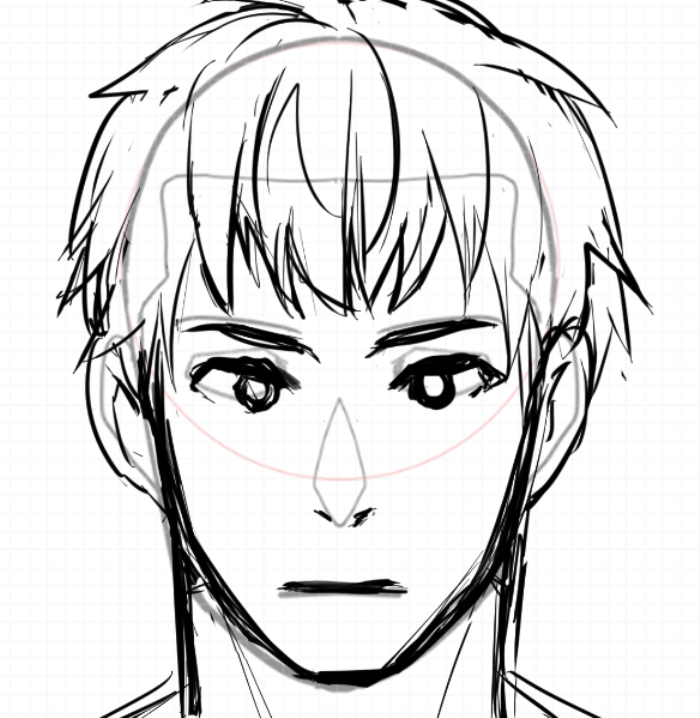 The following are some of the articles you may want to read
In this article, I will explain how to draw a face. Hukan]

If you are familiar with how to get the bite of the head, you can draw an upside-down egg-shaped head and omit it.

Supplement to the frontal face Atari

The head shape and the proportions of the face parts described above are only average, and may vary depending on various factors such as age, gender, race, and genetics.