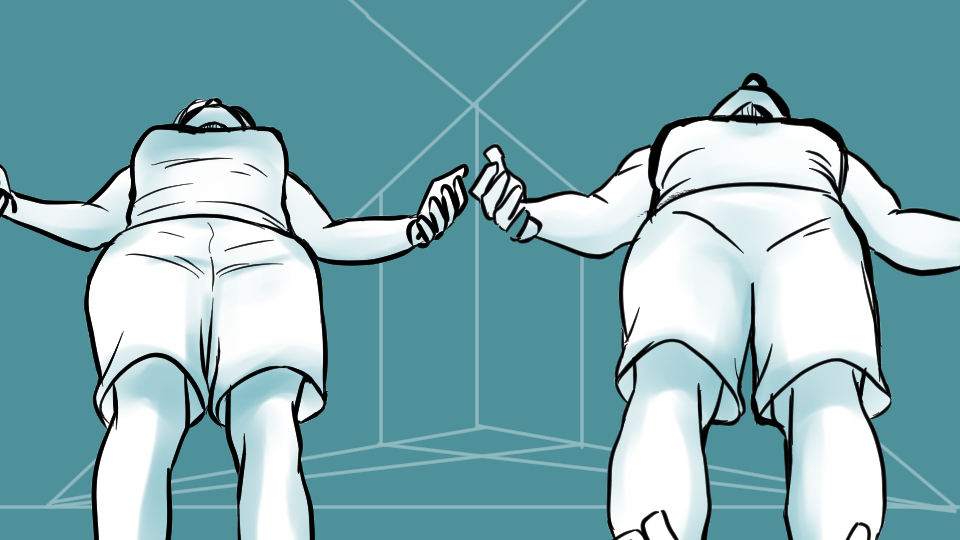 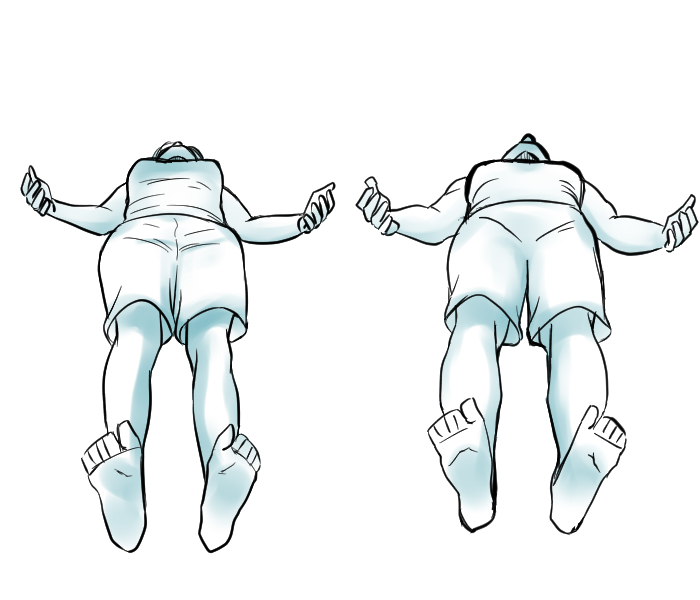 In this article, we will discuss the human body from the perspective of the aori front.

Aori is a composition in which the eyes are below and the object is viewed from below. 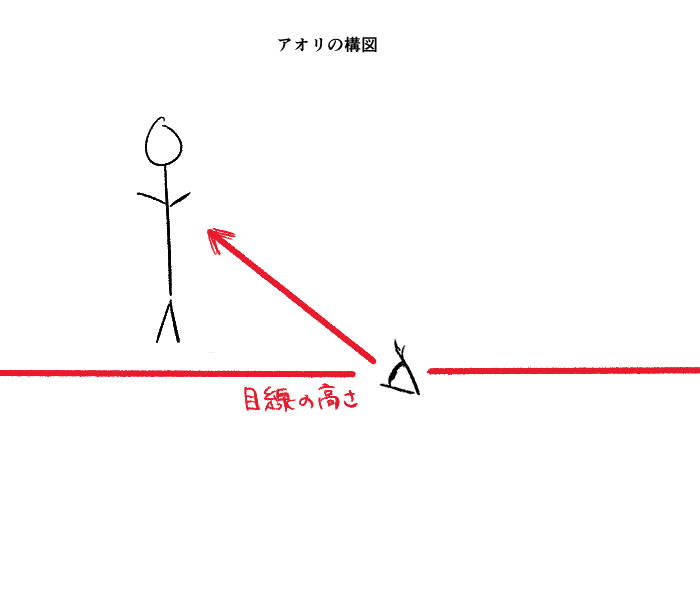 Aori is a composition of looking up, so the legs are closer to the eyes.
As a result, the lower half of the human body appears larger, and as you move up (head), it appears smaller. 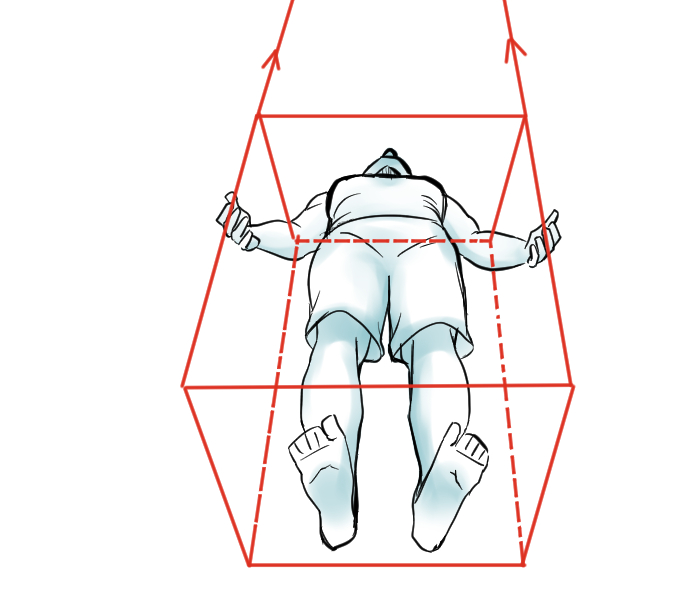 It will be easier to understand if you imagine a perspective. 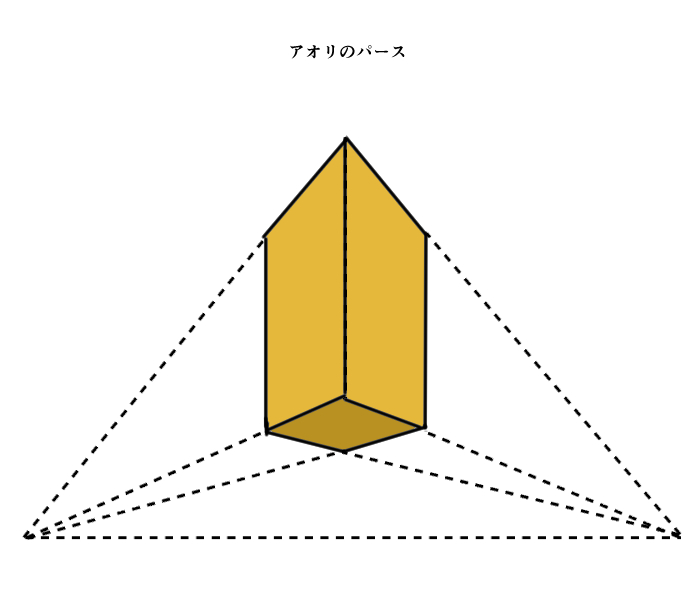 In addition, the way the aori looks has the following characteristics 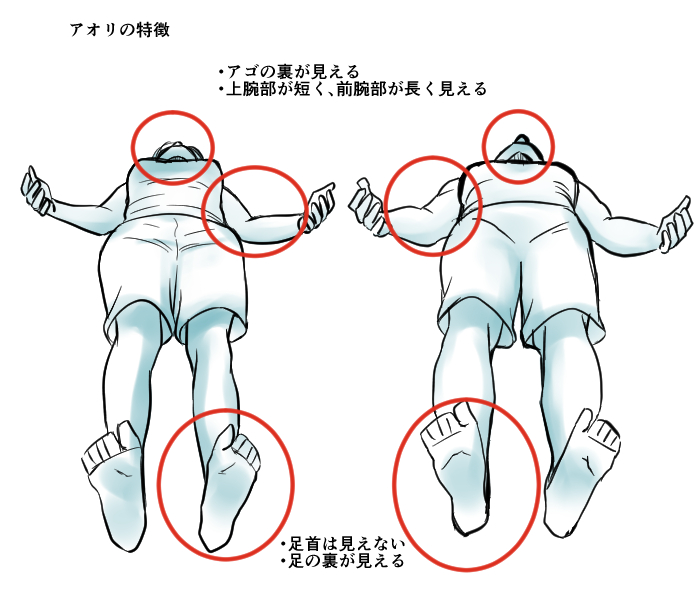 While understanding this feature, let’s further look at the aori composition of each gender.

The following are the male skeletal only and muscular diagrams. 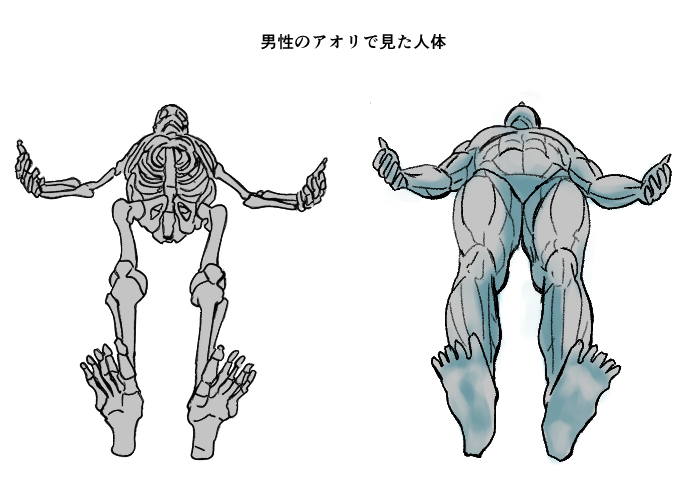 In the male aori, try to draw him with the following points in mind.

Rise of muscles from shoulders to arms

Men have well-developed muscles in general.
In particular, it is easy to distinguish them from women by adding a raised area from the shoulders to the upper arms and forearms. 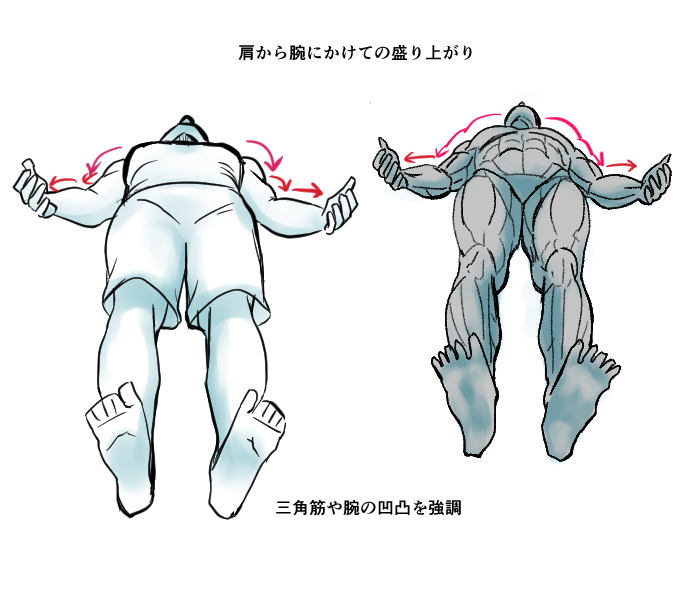 Thickness of the breastplate

The thickness of the pectoral plate is also attached to the upper side of the body in the case of aori. 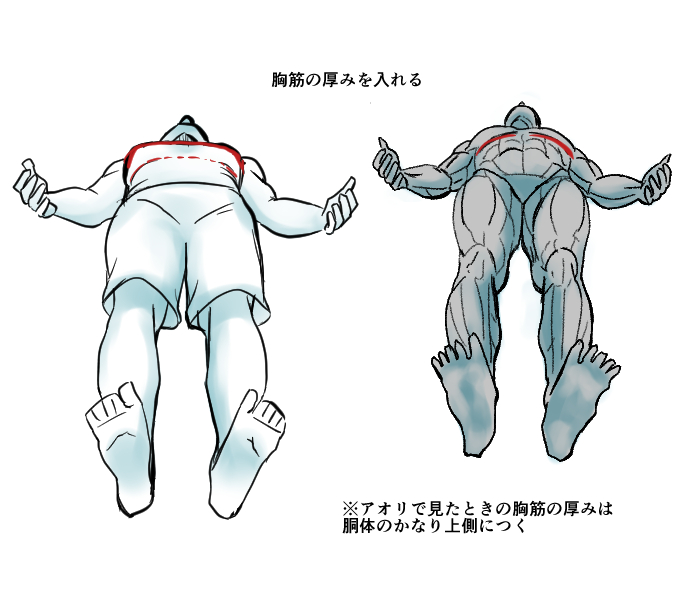 The line from the waist to the ankle

When viewed from the aori, the perspective expands from the waist to the feet.
And if you look at individual parts such as the thighs and calves, they will each have their own curve due to the unevenness of the muscles. 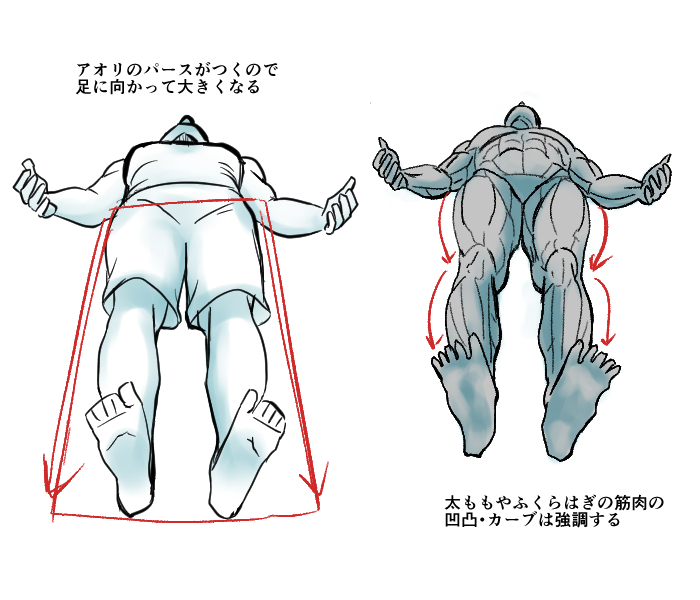 The base of the thighs

Men have narrower hips, so the base of the thighs are closer together. 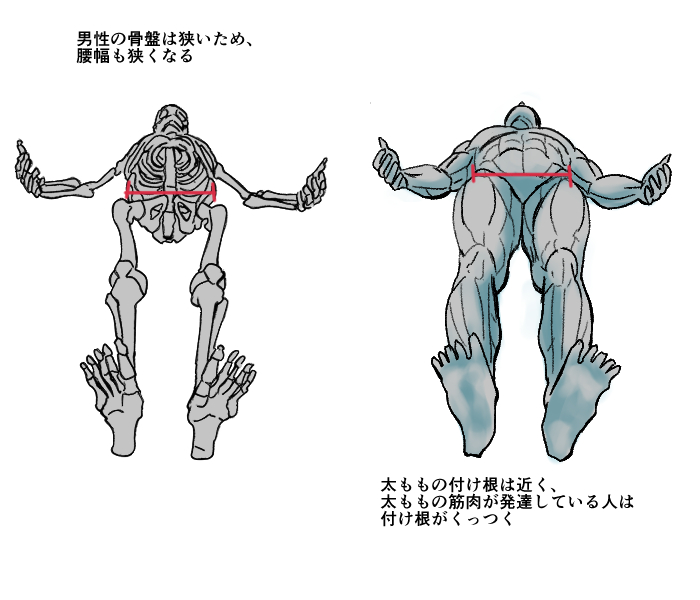 If you have well-developed thigh muscles, the base of the thigh will be attached by muscles.

Next, let’s look at the female aori composition. 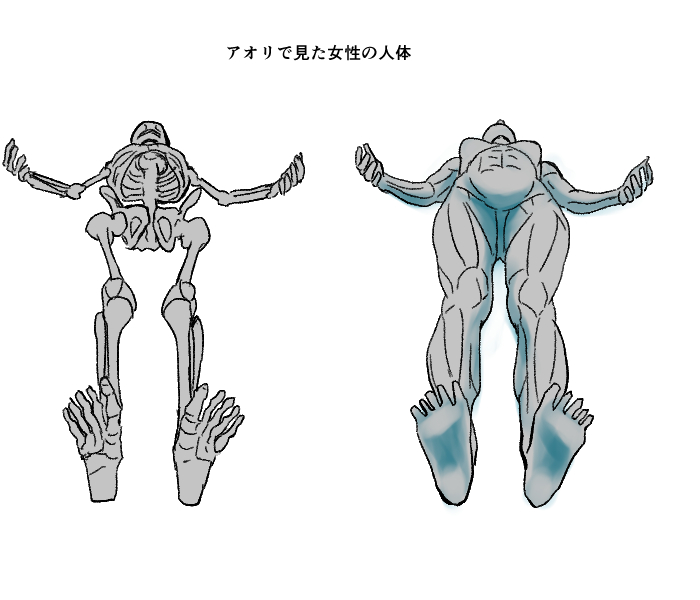 Women should be drawn with the following points in mind. 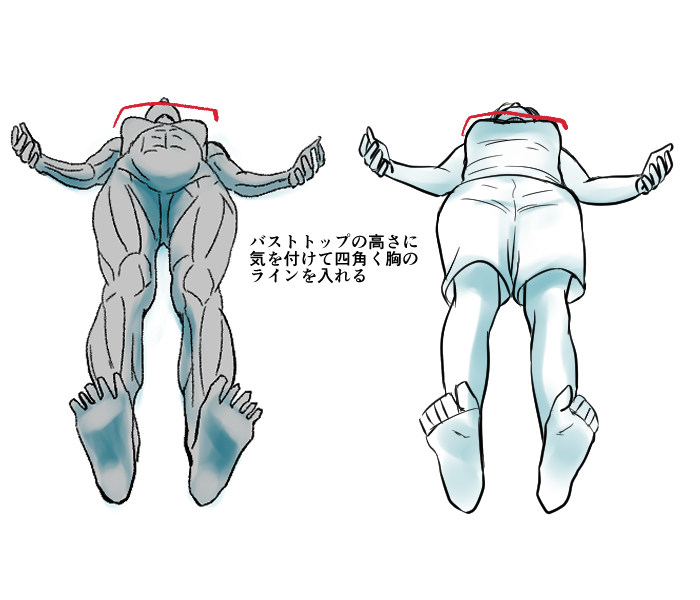 When drawing with an aori, be aware of the height of the bust top, and add a square breast line to give the feeling of looking up.

To create the 3D effect of the aori, put the crease of the clothes in the line under the chest. 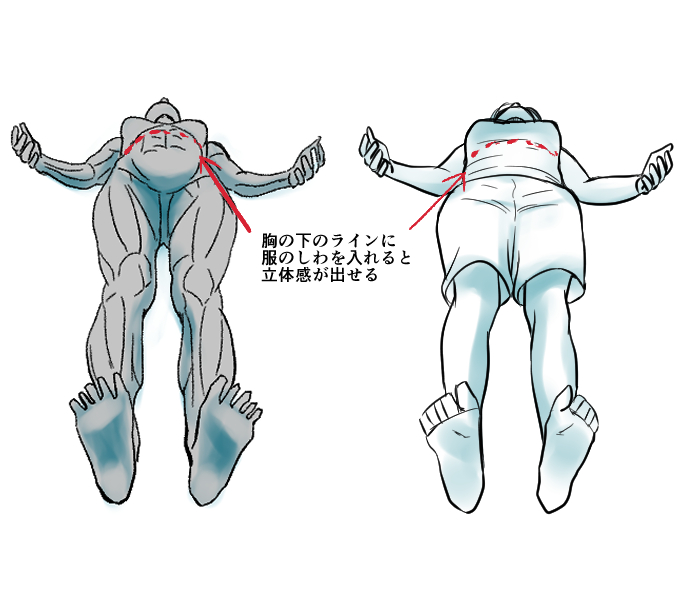 The curve from the waist to the calf 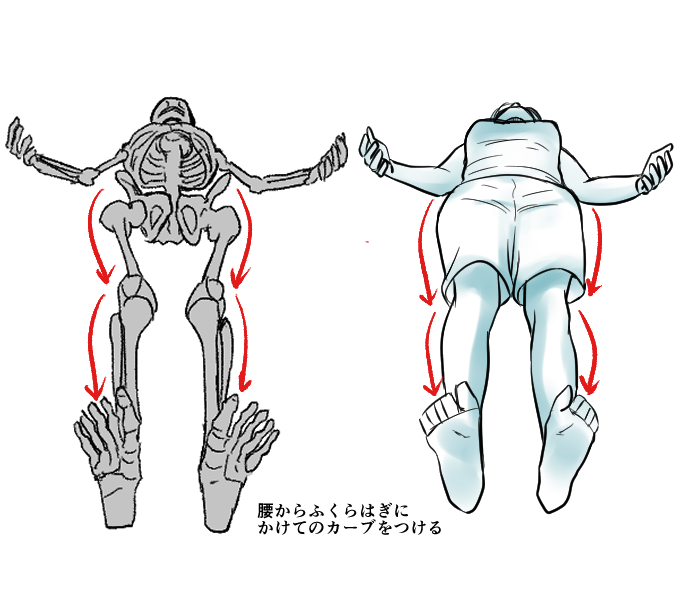 The base of the thighs

Because women have a wider pelvis laterally, the base of the thighs are farther apart.
If you have a lot of fat in your thighs and buttocks, the base of your thighs may appear to stick together. 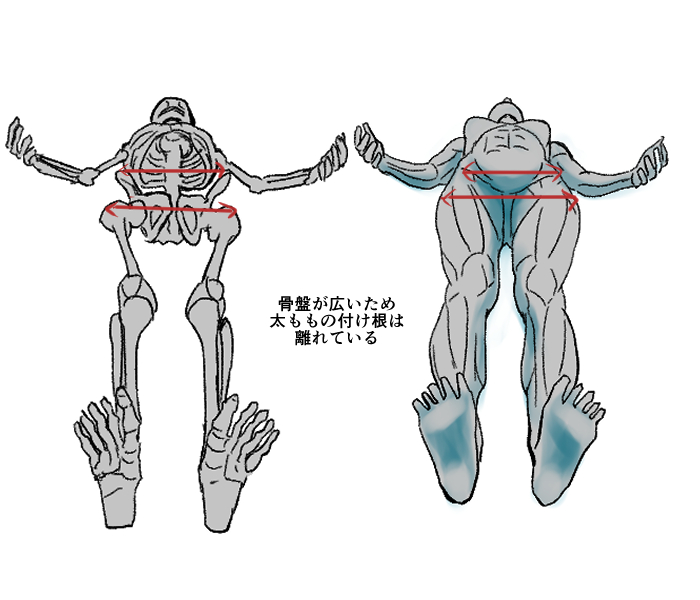 Ali outside the front

As a supplement, let’s take a look at the non-frontal aori. 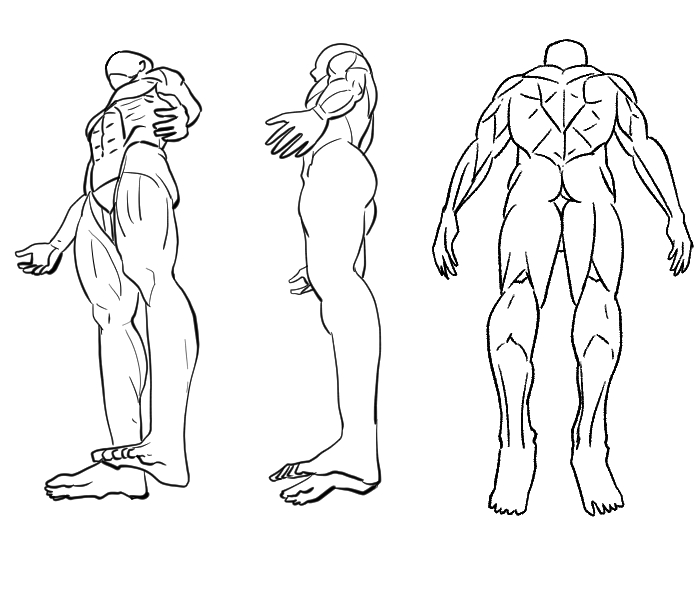 When viewed from an angle, the thickness and fullness of the chest is emphasized, giving the body a thicker appearance.
In addition, the legs at the back will be slightly longer than the front. 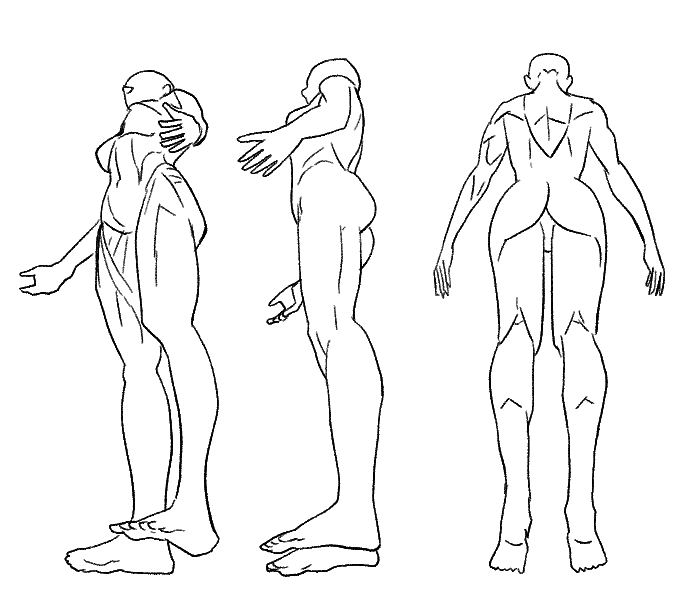 In addition, the aori viewed from the true side shows a little of the legs and back on the far side.

The above is an explanation of the composition of the human body as seen from the aori.

An aori of the human body is a composition that we don’t see very often in everyday life, except for people with a low eye level, such as children.
Therefore, as with the overhead view, it is best to draw it with a reference material prepared.
When you want to draw a character with an unusual composition, try using the aori composition!

How to draw men and women (Part 5) Body details.

(Text and pictures by Setsu Yoshida)