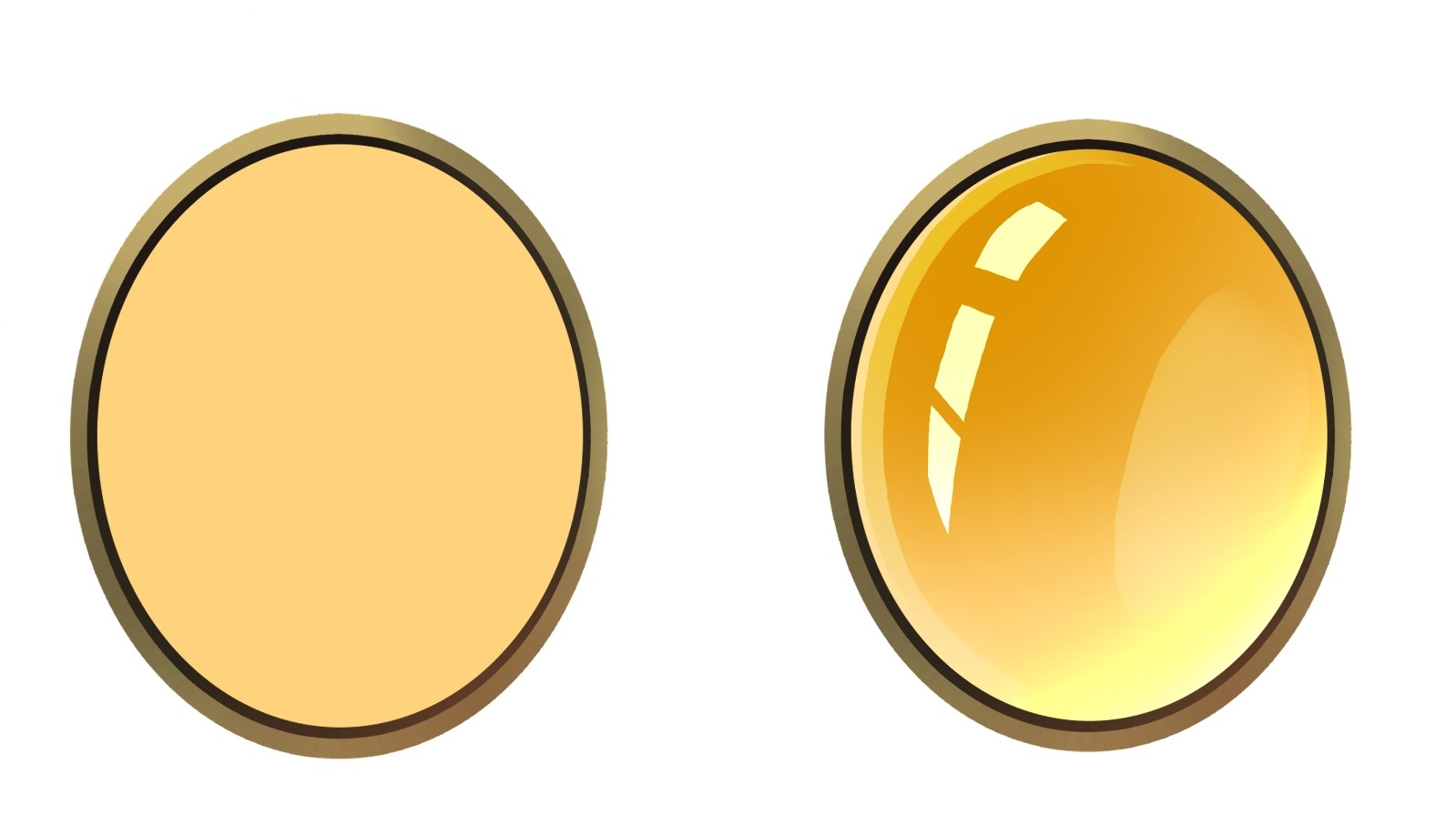 Here is how to draw a gemstone with a round cut surface.

The first step is to paint while shaping the gem.
Select the color you want to paint on the gem.
In this case, we will use an orange color to represent a topaz.

Once the color is decided, use the fill tool to create an ellipse.

Set the setting from “Rectangle” to “Ellipse”. 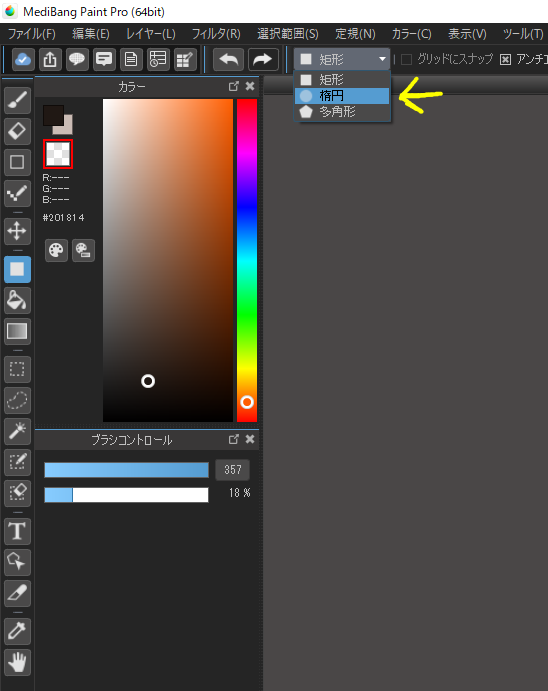 Click on the canvas to create an ellipse.
(After the ellipse is created, you can move the ellipse and change its size by using the Move tool or select → shape 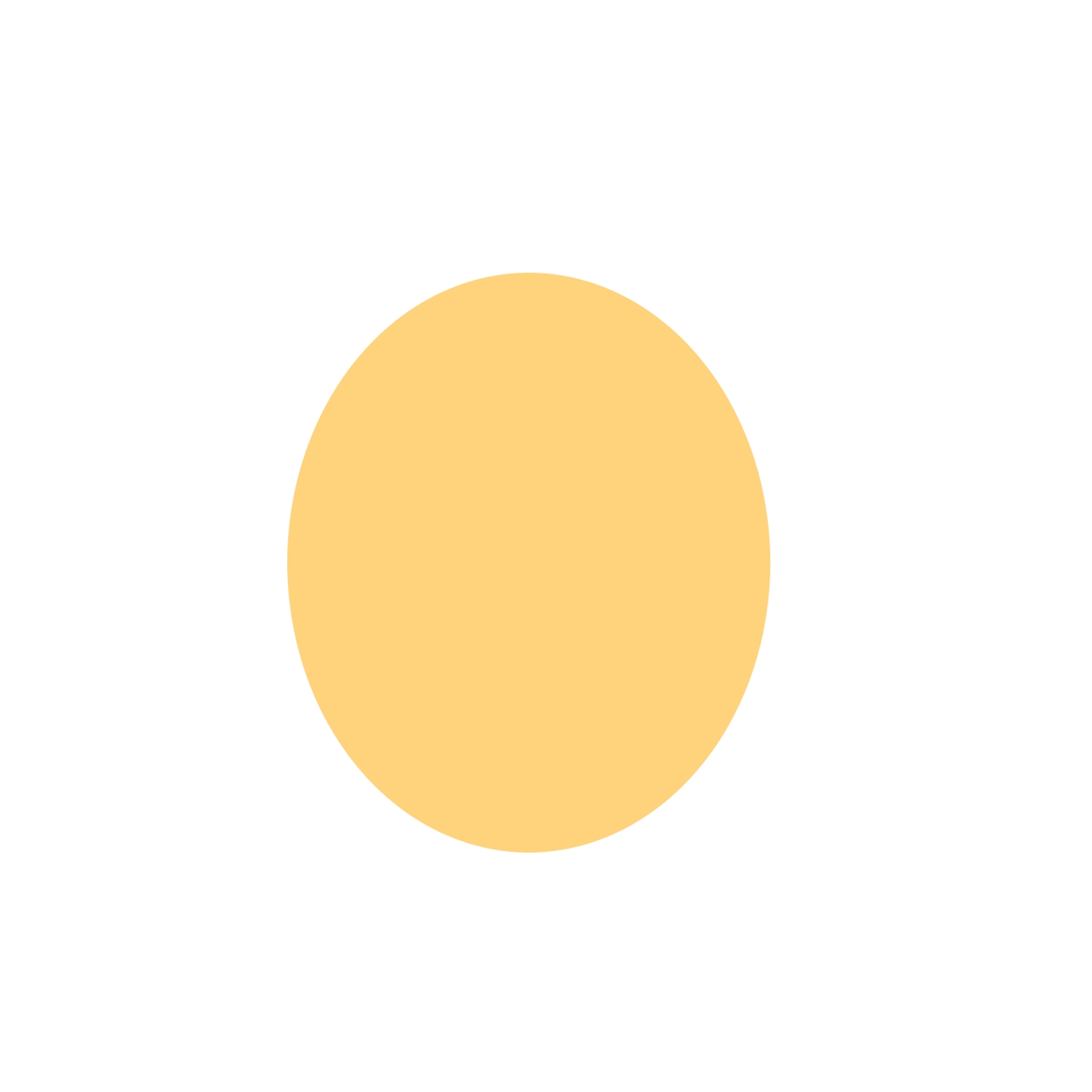 Next, let’s add a shadow.
Add a layer and do some clipping. 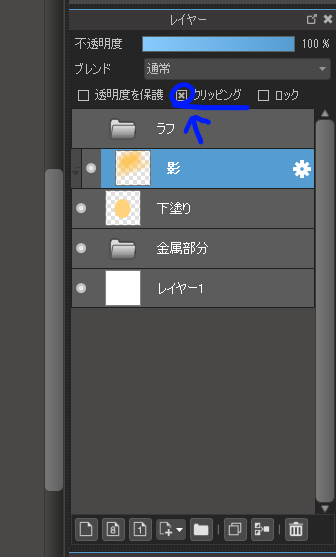 Select the Airbrush tool to apply the shadow with the airbrush. 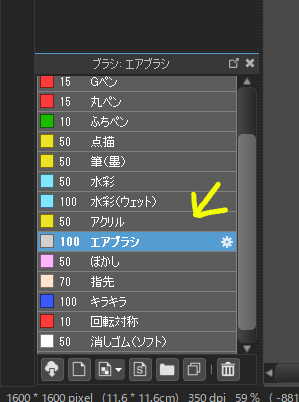 Apply a darker color than the undercoat to create a gradation. 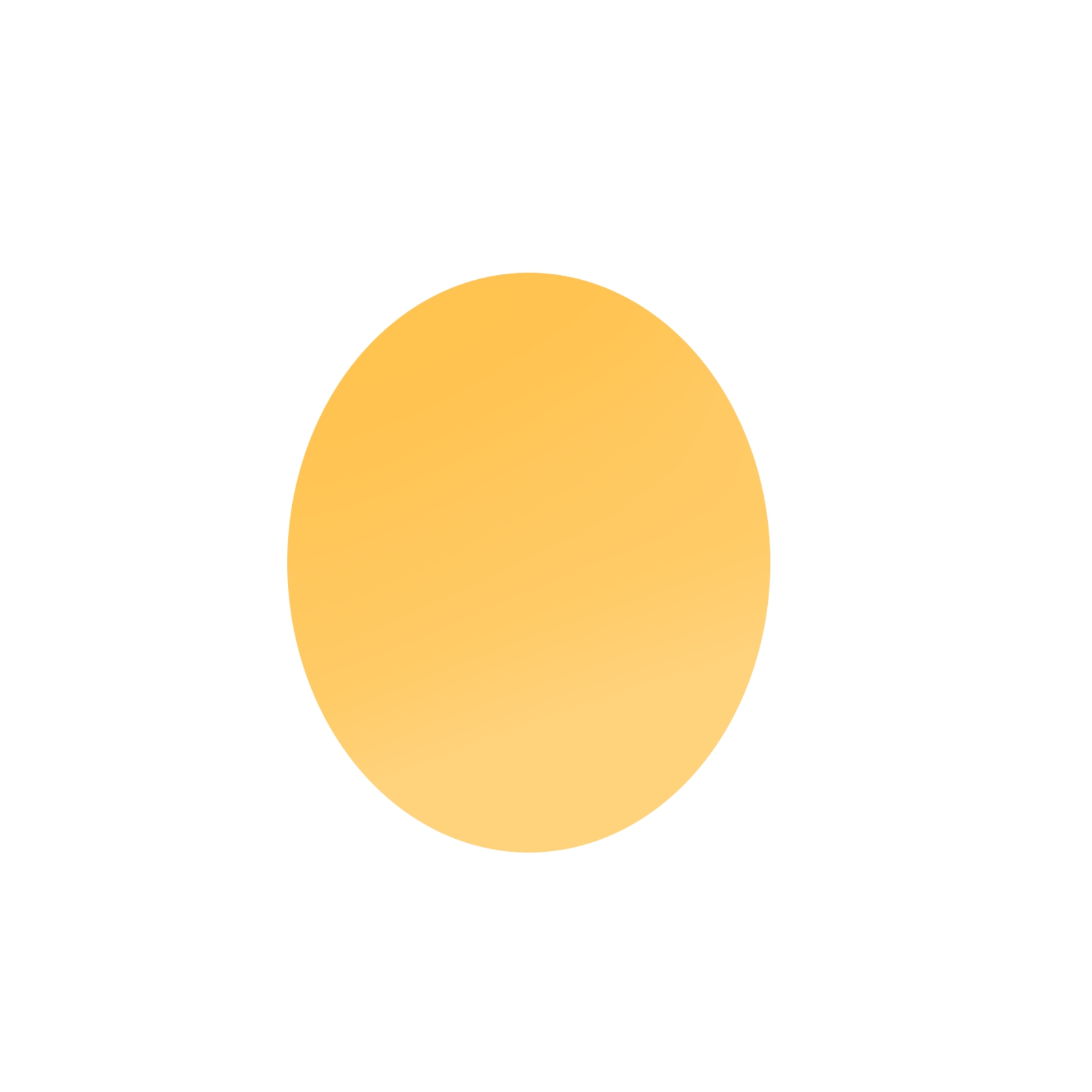 Paint with a darker color to deepen the gradation. 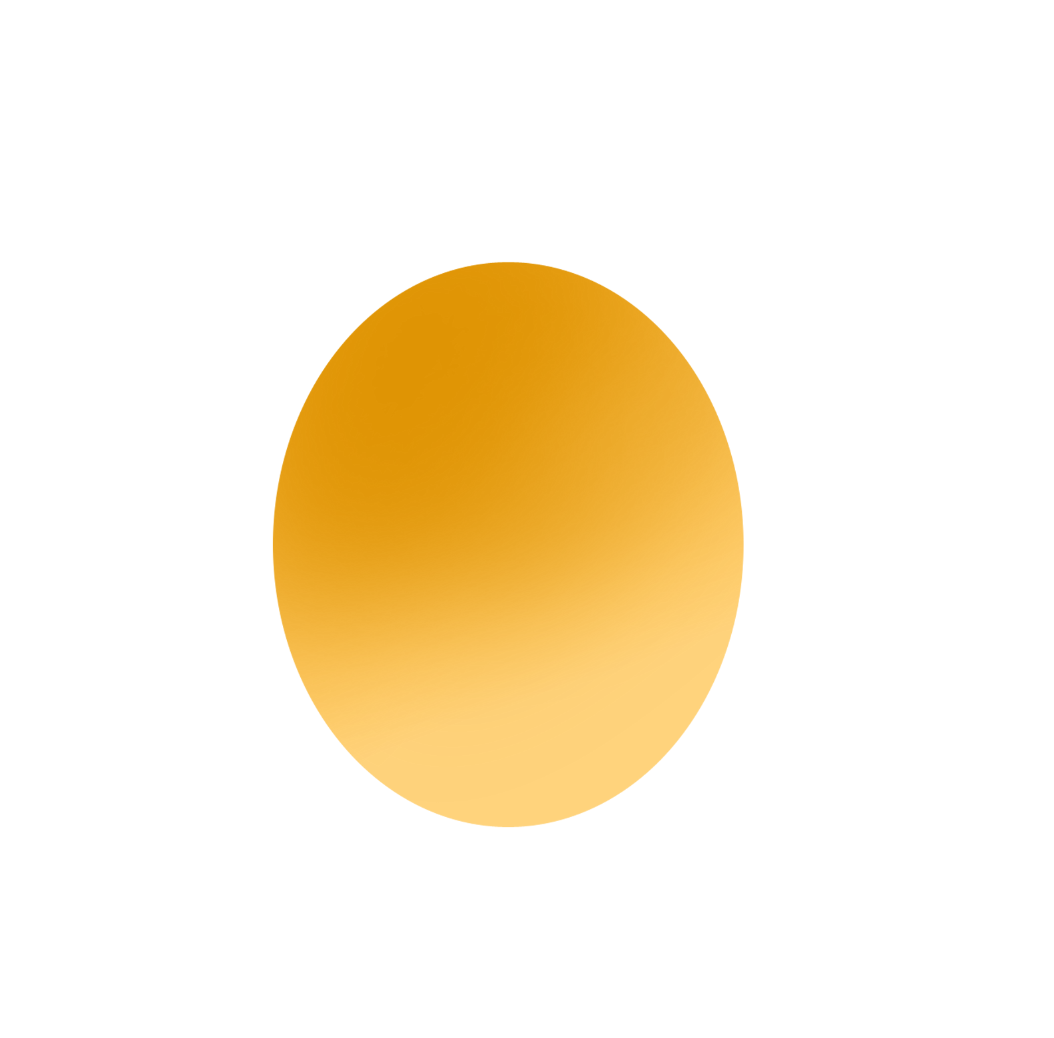 After painting, erase the edge of the image with the eraser. 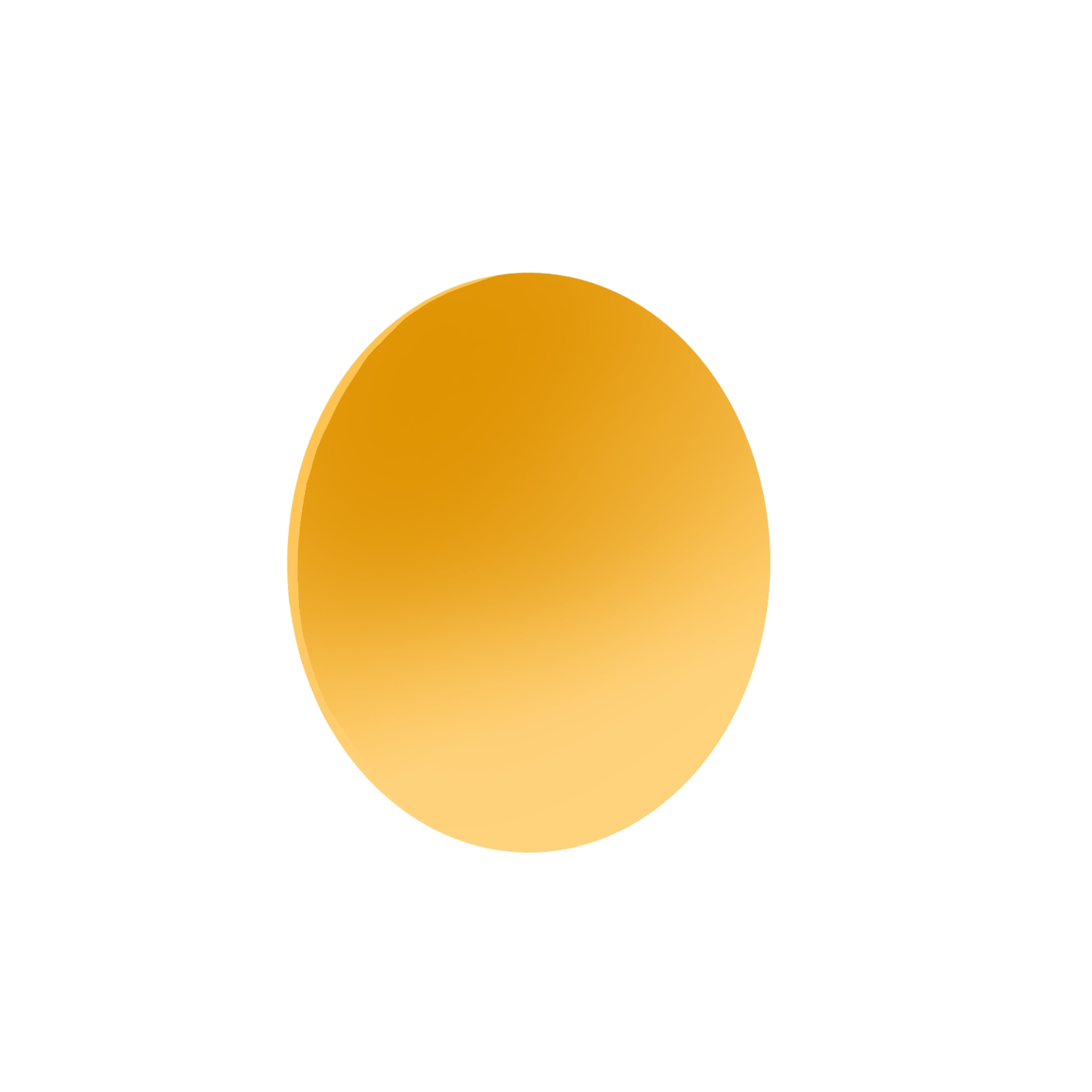 The next step is to paint the light.
Add a layer.
Set the layer setting to “Add and Emit”. 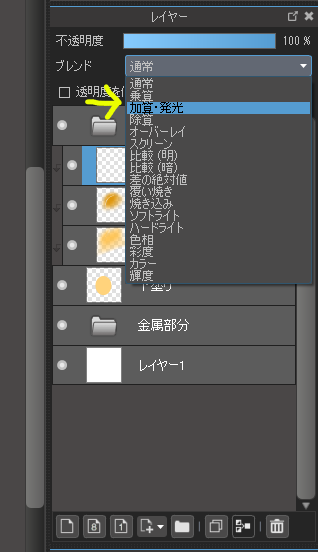 Use an airbrush to paint a gradation on the opposite side of the shadow with a highly saturated and thin color. 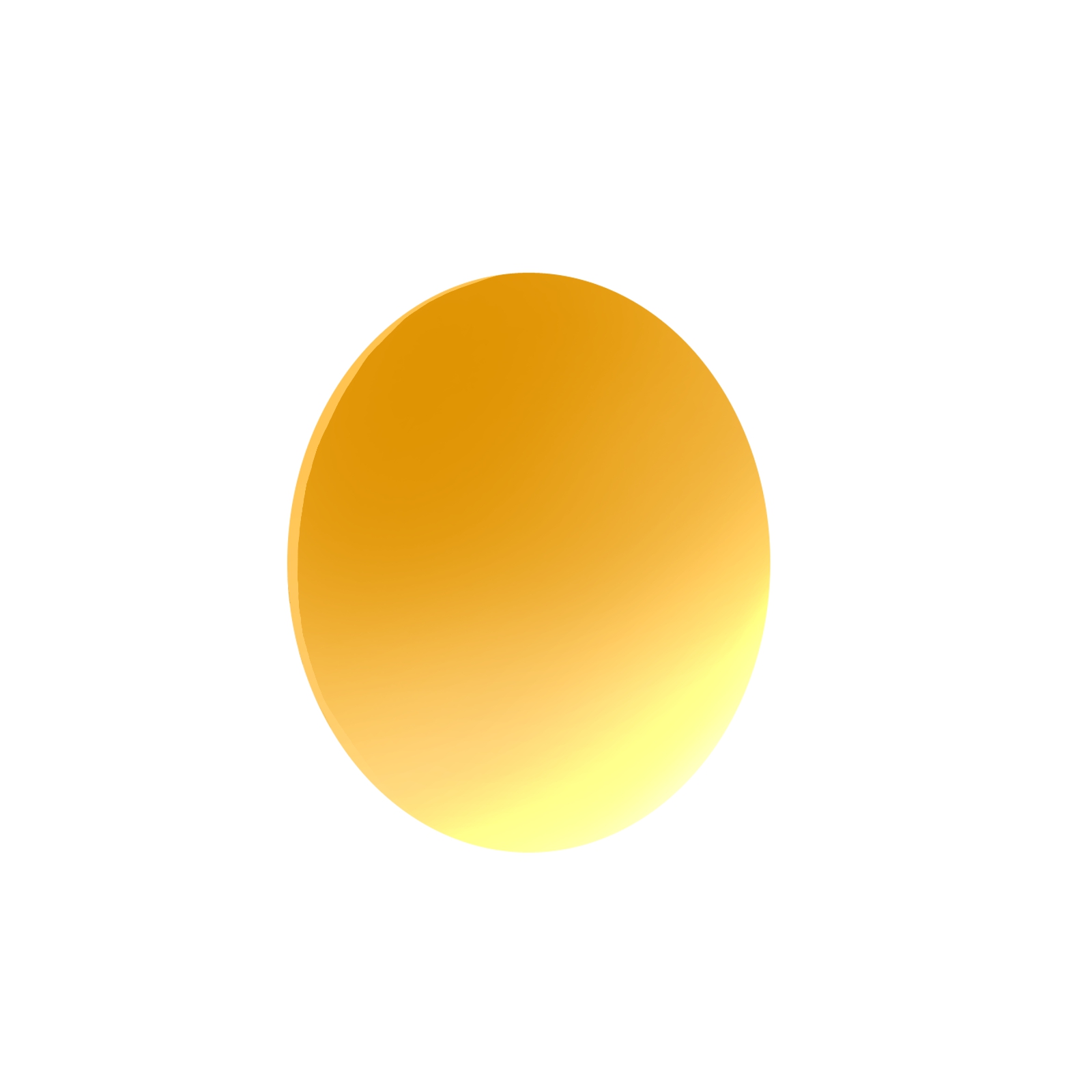 Next, let’s draw a reflection in white.
Add a layer and set it to “Add and Emit”. 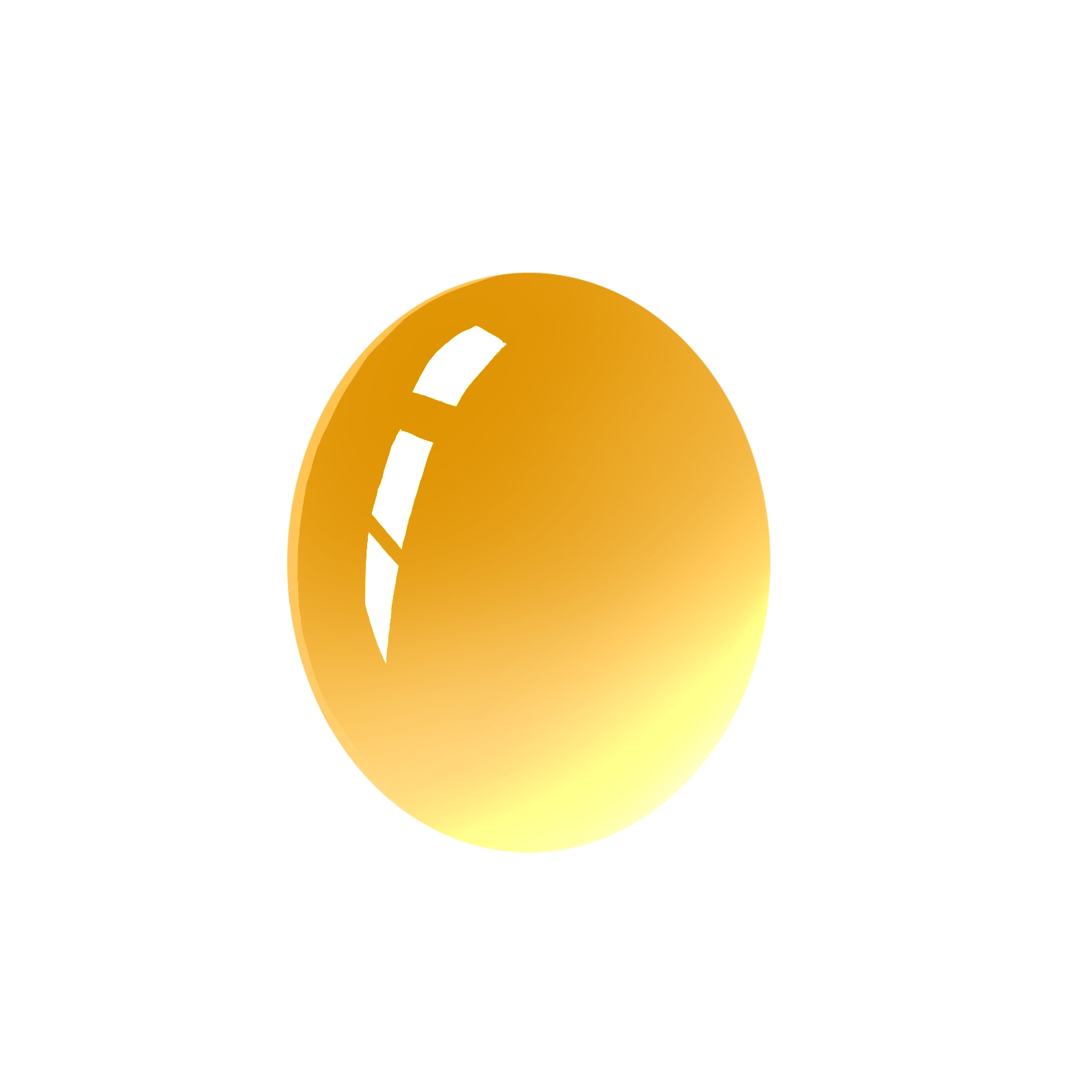 Lower the transparency to blend it in. 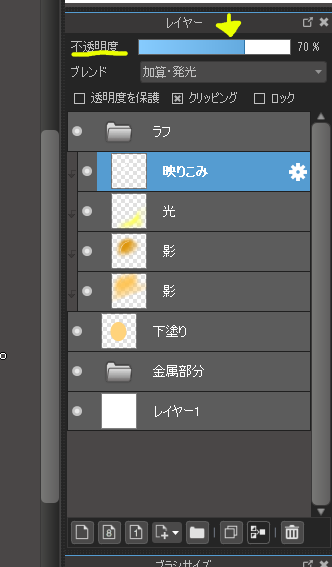 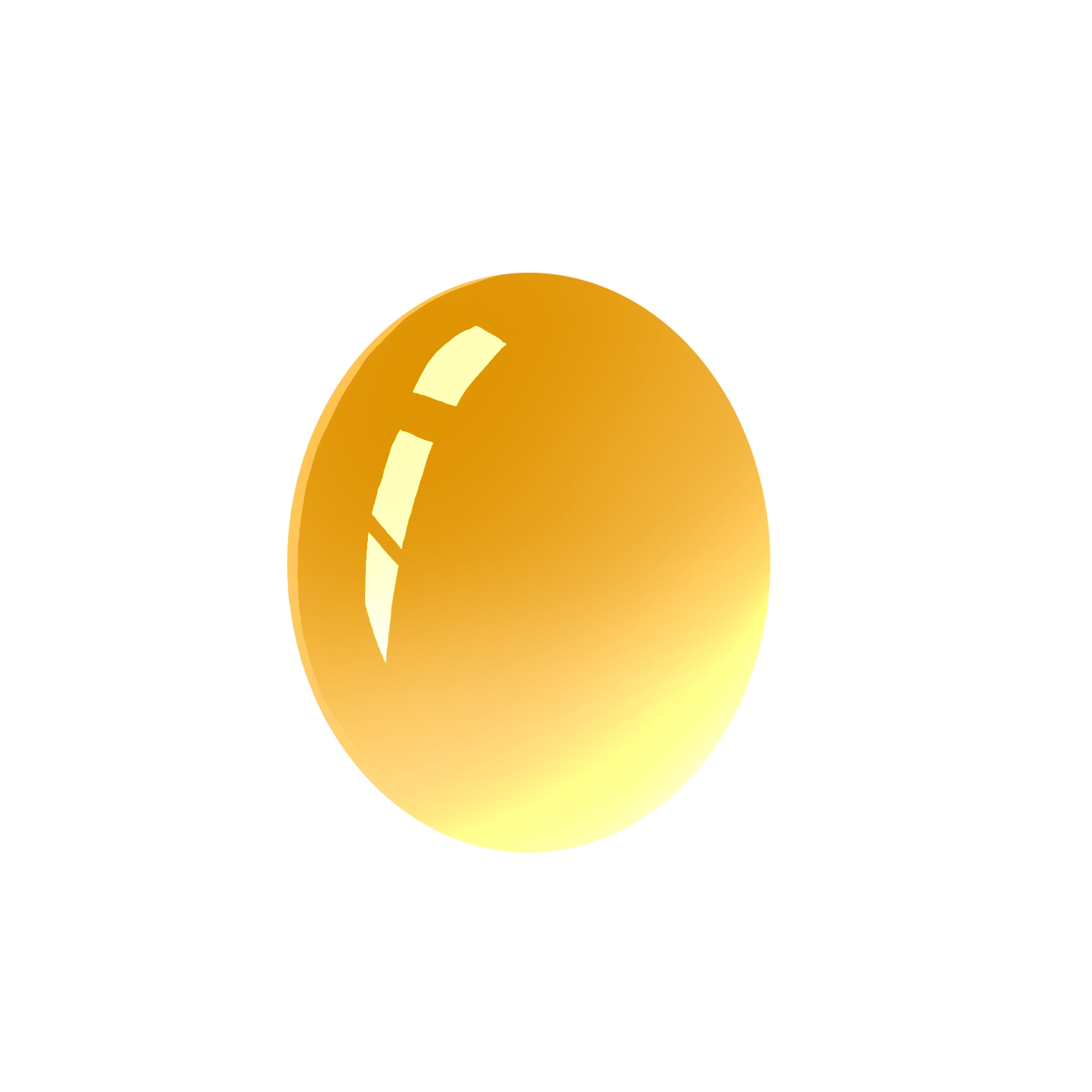 Add a layer.
Set the layer to “Soft Light”. 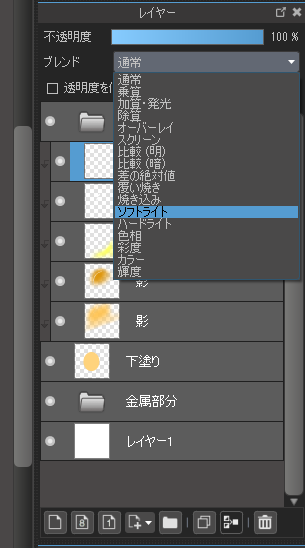 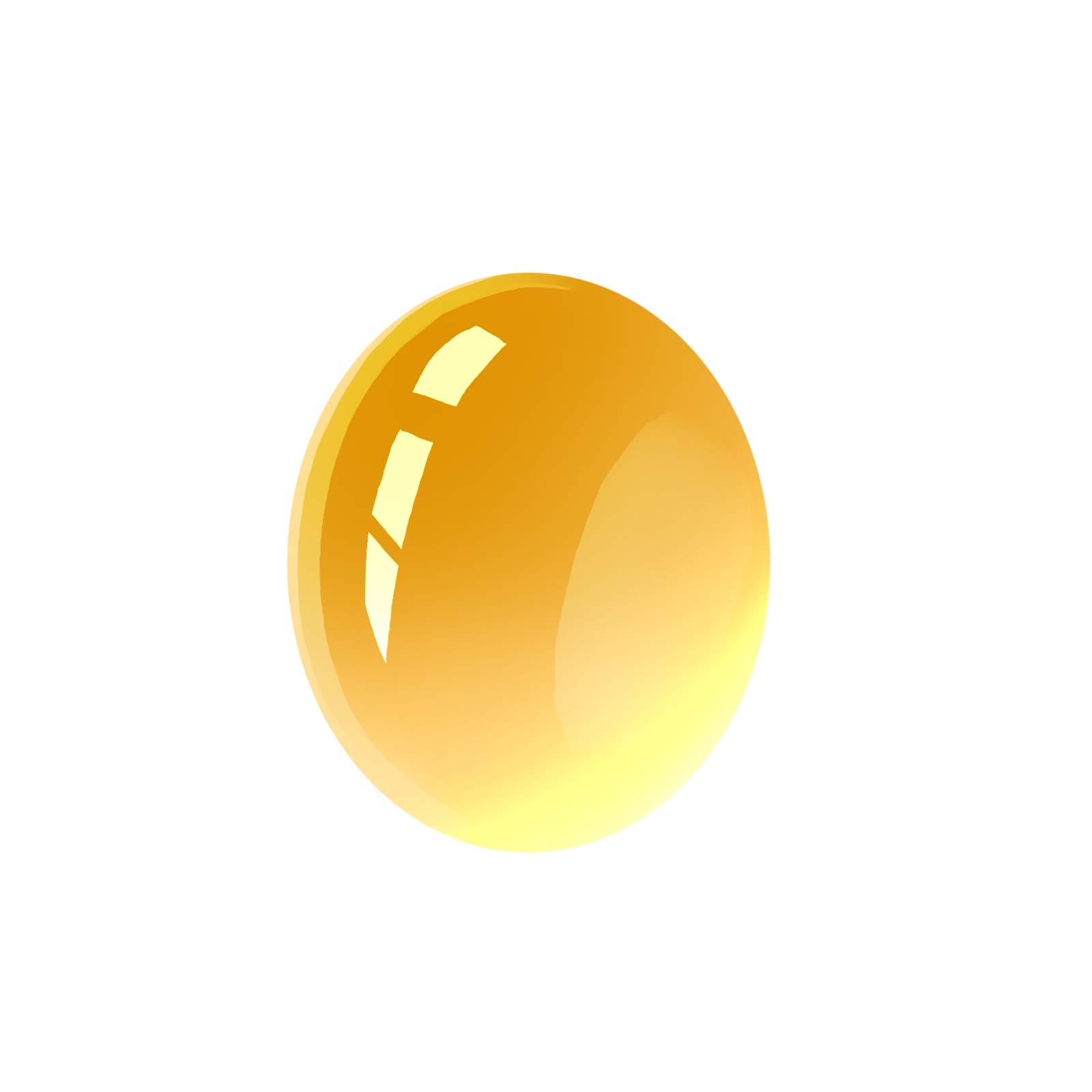 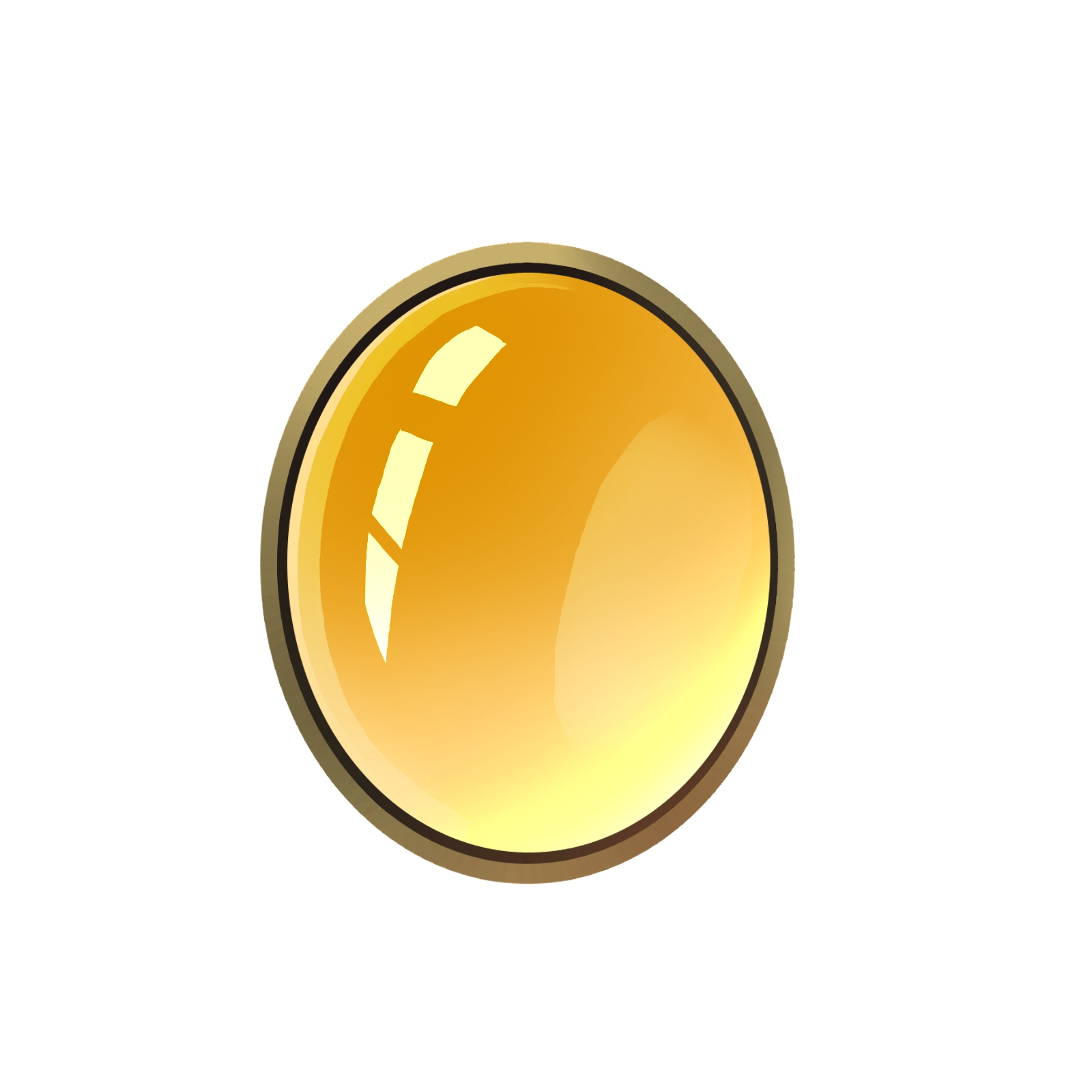 This is how you paint round gems.
I hope this can be of some help to you.