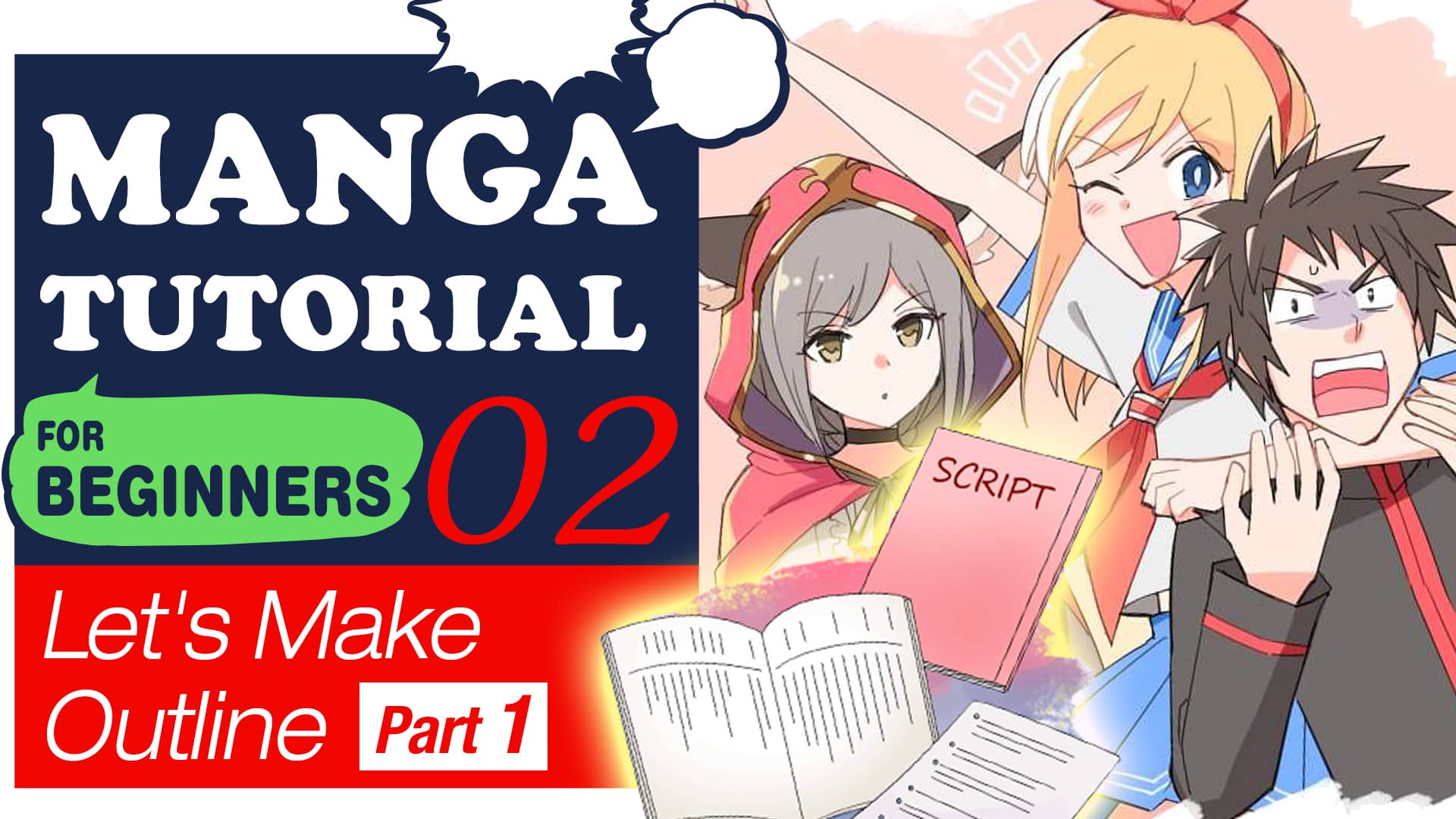 Hi, I’m “ГФ”!
I’ll teach you how to make outline in this turial.
There are many procedures which means you should pick one the most fit your style.
I’ll try to introduce as many different patterns as I can, and I hope this will give you at least some ideas.

This is a way of deciding on the main theme to be handled in the manga, such as monster, music, sports, game, etc., and then thinking of effective characters and stories to handle that theme. 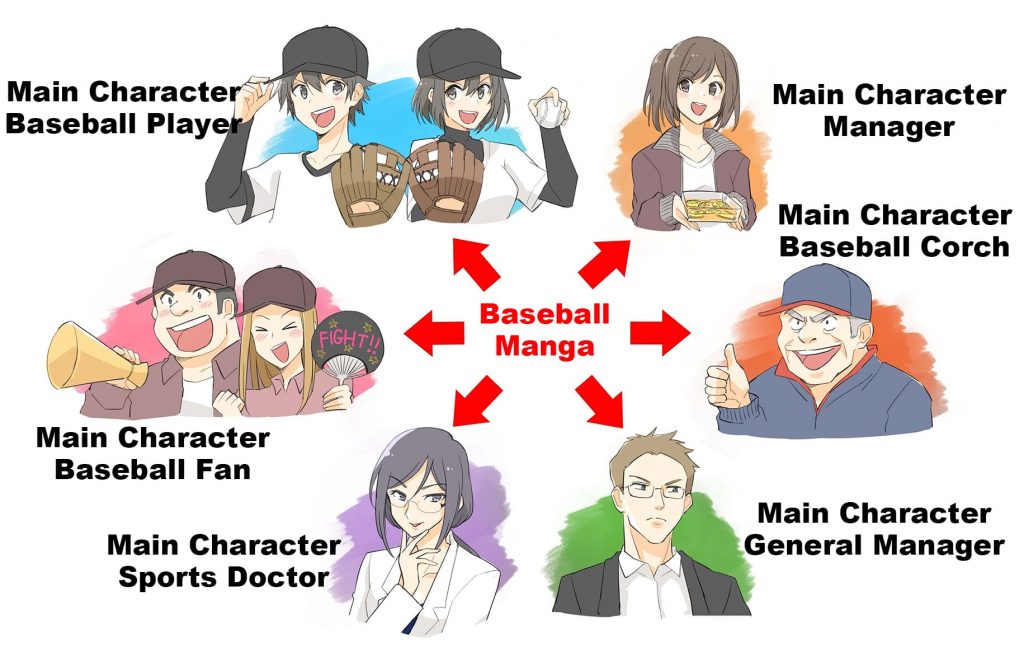 Even the them is “Baseball”, you can make a lot of stories.
Even in the same story such as “trying to win a baseball game,” the character’s point of view differs depending on whether the main character is a baseball player, a manager of a baseball team, a coach, or a general manager.
If the protagonist is a team doctor, the manga will also have a medical aspect.
The different personalities, tastes, attitudes, and circumstances of the main character and supporting characters make it possible to create an even more diverse story.

It is a way of expressing images from paintings, sculptures, music, videos, literature, manga, and other works, as well as from everyday scenes, as manga. 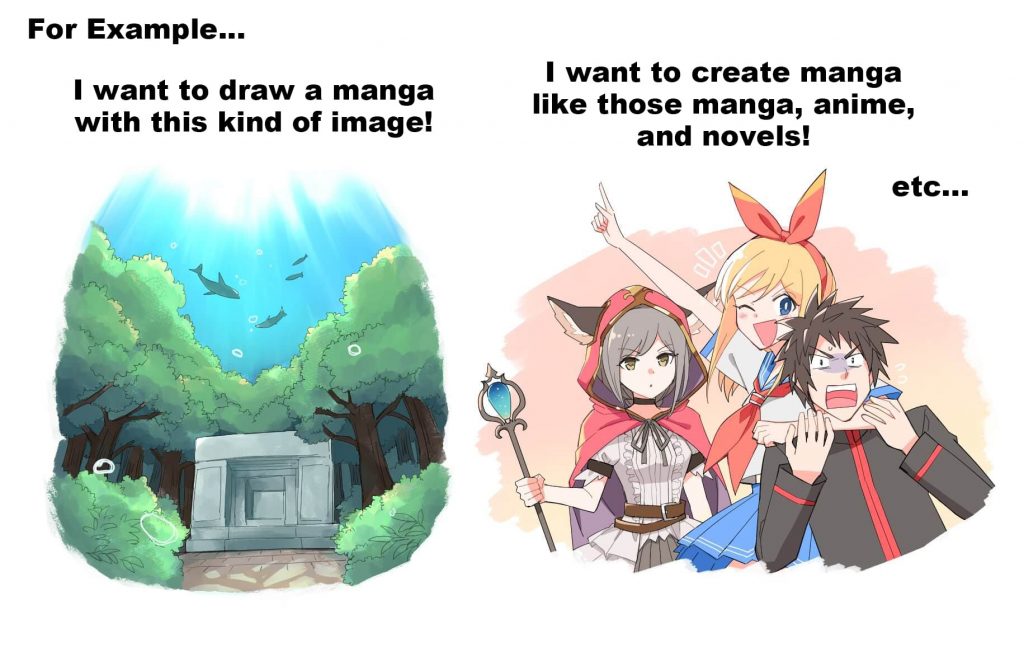 Even if you think, “Oh, this manga is similar,” as long as it is not a complete copy, it is allowed.

This is a method of creating the storyline or ending first, and then placing the characters and settings to fit the storyline. 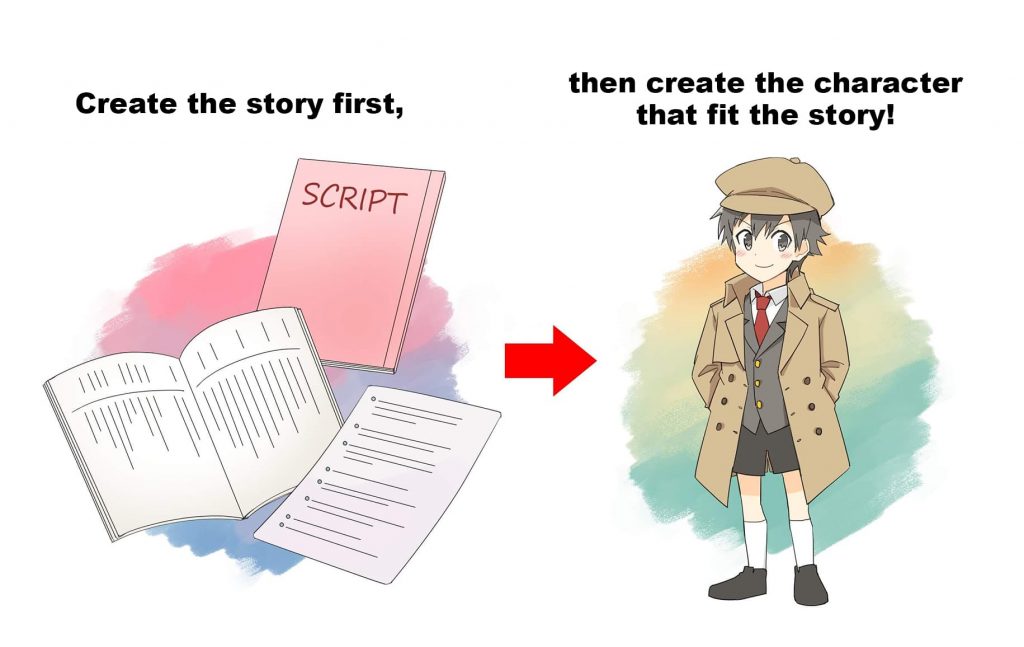 Especially for the one-shot manga, it is easier to create a story if you decide on a format like the one in Example 1.

④Create from the tricks of panel layout and page composition.

Example 1: If you read the panels backwards, you get a different story.
Example 2: The upper and lower panels develop the different stories, but the both stories are related and converge on a single theme at the end.
Example 3: If you read only pages with multiples of 3, a secret message will emerge.
etc… 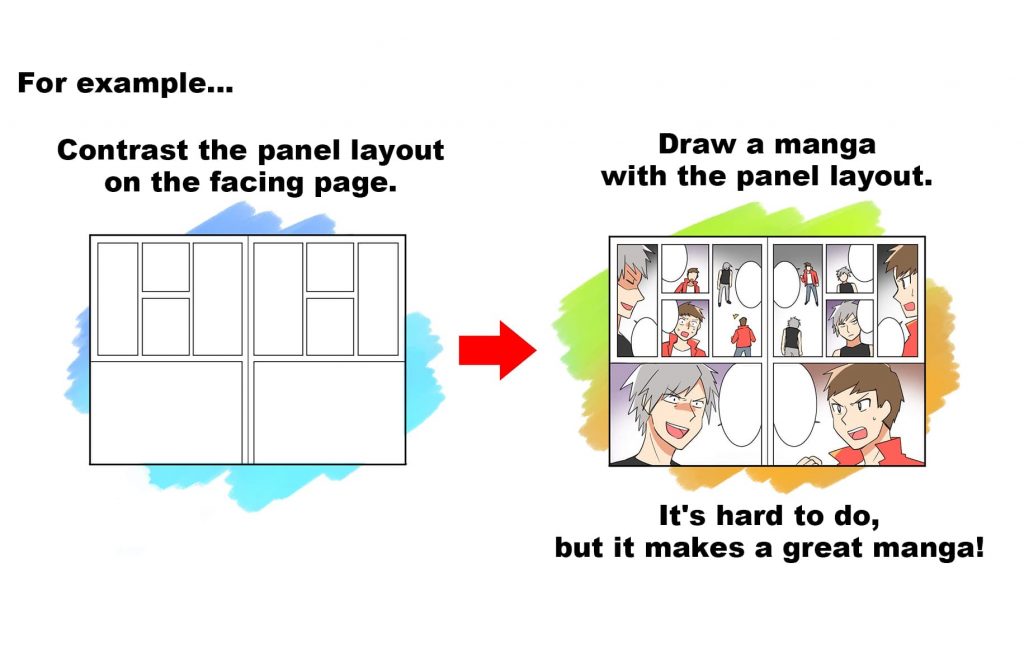 If the story, characters, and theme are well-matched and interesting, the work will be unique, but if it is boring, it will just be a chore to read, so the difficulty level is high.

This is a way of creating a character first and then let the character create a story.
If the main character has a strong personality, he/she can create any kind of story (e.g., go to space, fight enemies, make money, create things, etc.).
Also, instead of having one main character stand out, you can assign different personalities to several characters and create a story based on the balance of character interaction and teamwork (e.g., a daily manga about high school girls, a manga about a team of four fighting enemies, etc.) 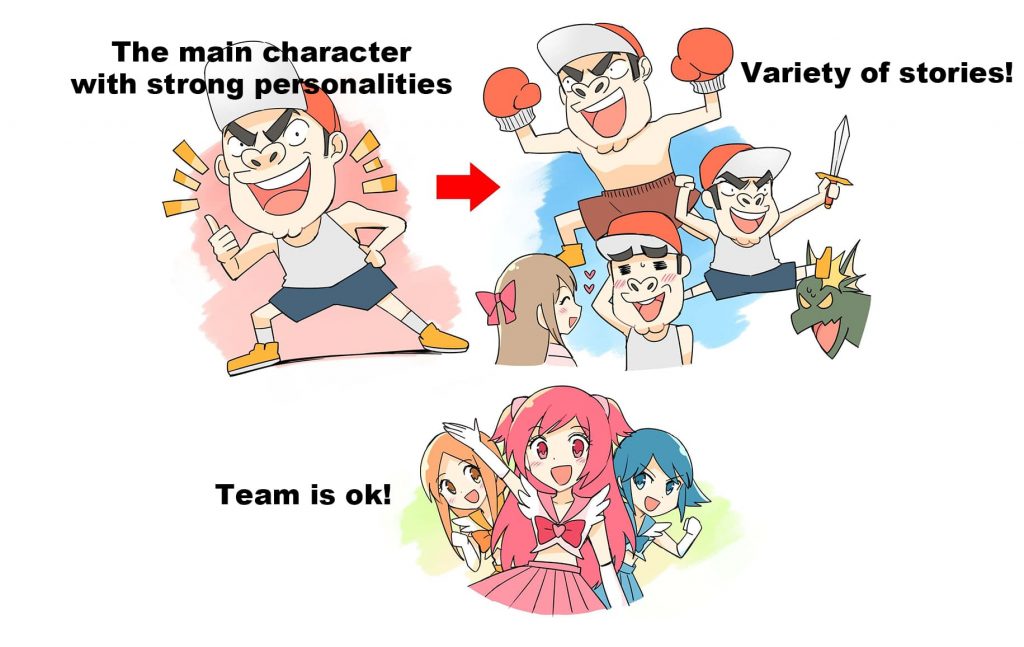 There are five ways to create an outline, but there is no rule that says which one is the right one.
Also, this is just a way of approaching it, so you can change it along the way (for example, I start with 3, but the character I created seemed more interesting than I thought, so I decided to use 5).

What did you think? I hope this has given you a hint on how to find what you want to draw.
In the next article, I would like to explain a little more about “outline”.

Request
Learn about drawing techniques
#Plot#Tutorial#Writer:ГФ#Manga Tutorials for Beginners#Trivia#How to draw a Manga 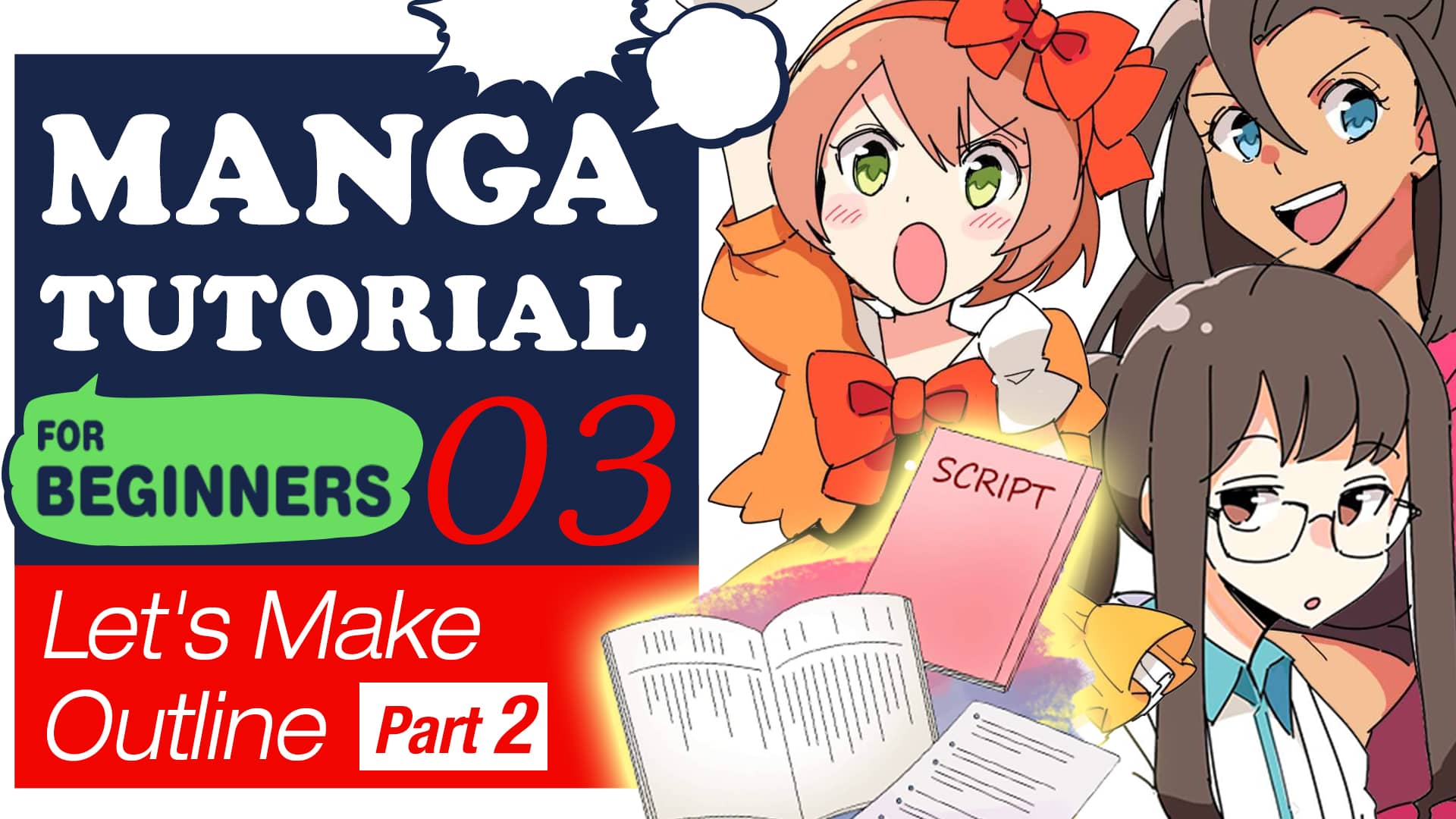