In fantasy worlds and mountain-climbing scenes, rocks sometimes appear in nature.
When a rock can be drawn, its craggy silhouette can represent the harshness of nature, or sometimes You can also make your character sit down and take a break.
In this article, we’ll show you how to draw such a rock.

1. Decide on the silhouette

The first thing I’m going to draw is the silhouette of the rock.

Here I used the pen tool to draw it.
The color I used is a dark color to imitate the shadow of the rock.

The key to this is to draw with the ruggedness and unevenness in mind.
It is better to imagine irregular, rugged shapes than smooth shapes or regular jewel-like shapes. It looks more like a rock. 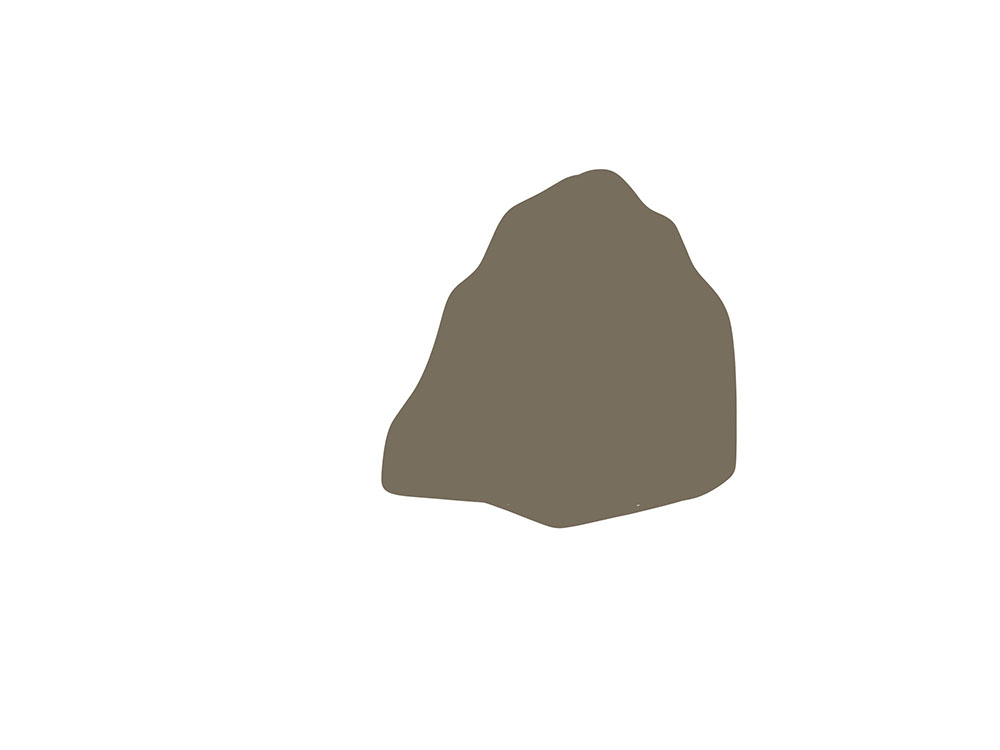 This silhouette can be adjusted later.
So, first draw a zig-zag picture with the intention of solidifying the rock shape you want to draw.

2. Decide on a light source and draw the brightest part

Once the silhouette was drawn, it was time to decide where the light was coming from.
In this case, I used the upper left corner as the light source.

After deciding on the position of the light source, I draw the area where the light hits.
To bring out the rough texture of the rock, I painted it with an acrylic brush, and then I painted on it with the I am.

Depending on your preference and how you use it, acrylic brushes are relatively easy to paint random surfaces of natural objects. It feels like. 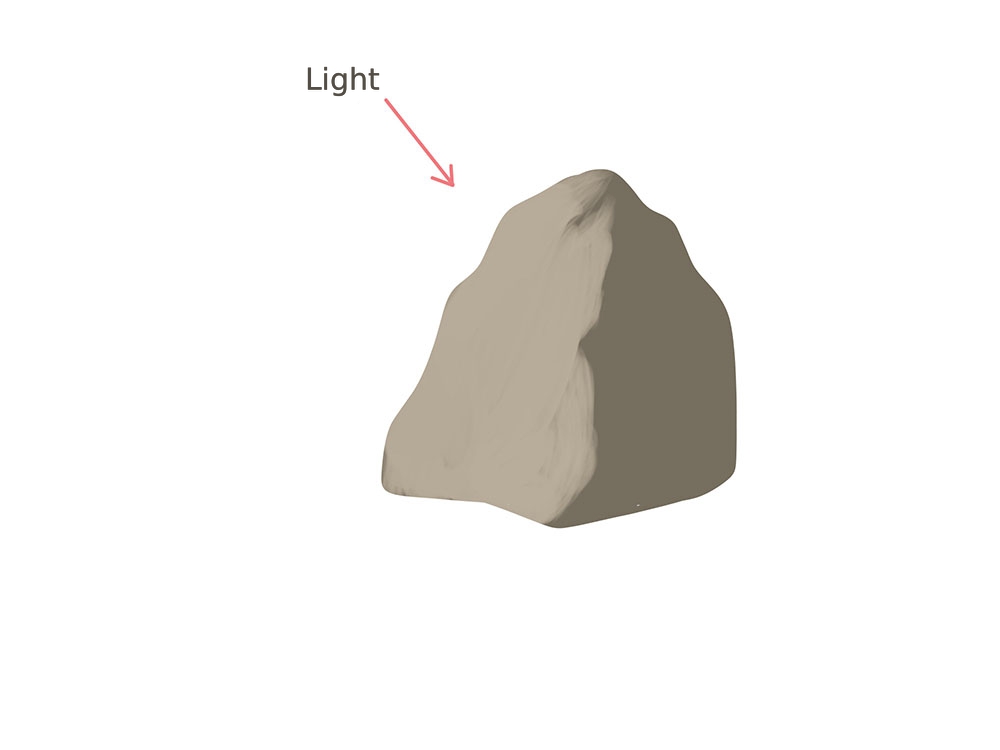 3. Draw the ground and shadows

At this point, you should also draw the ground in contact with the rocks and the shadows to help balance the whole picture. 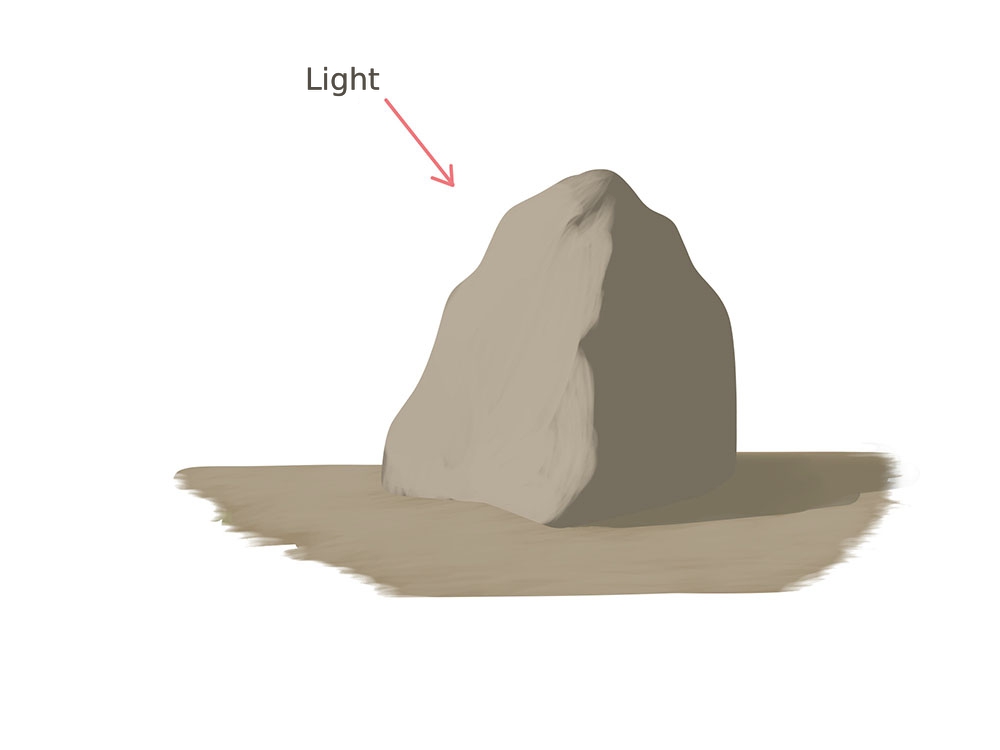 After drawing the ground and shadows, I put the color on the dark area.
At this point, I don’t want to paint the details yet, I just put the colors roughly and check the balance. 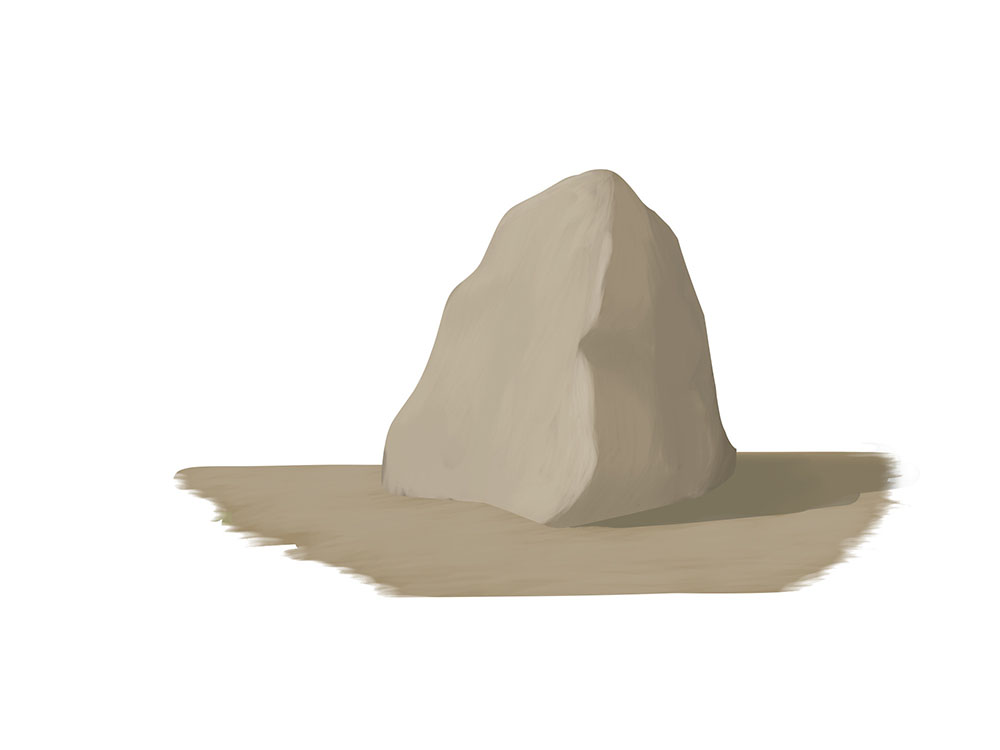 5. Draw in the bright areas

Once the colors of the light and dark areas have been decided, paint the bright areas and then .
Here, I used an acrylic brush to put bright colors on top of it, or to paint cracks and craters in the rocks. The image is now available on the web.

If you want to use bright colors, you can use acrylic to express the unevenness of the rock surface with your brushstrokes instead of using a solid color. I use a brush to apply the paint in a zigzag fashion.
The color I used for the cracks in the rock is as dark as the shadows.

I also painted the crater area using the same color I used for the cracks and a lighter color. 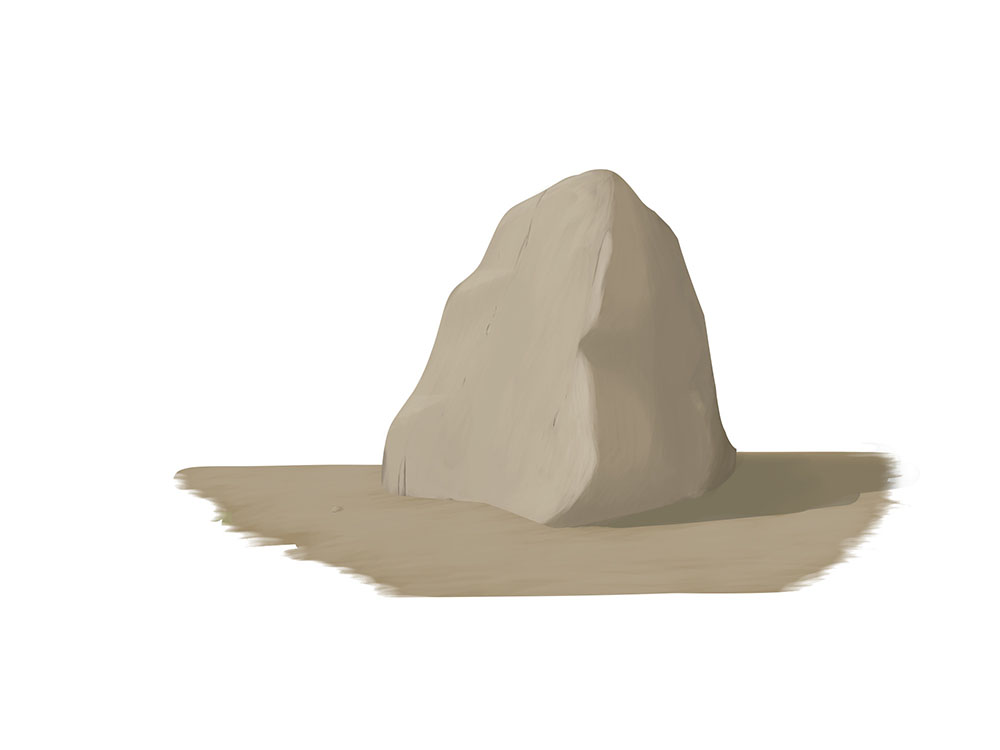 [How to draw a crater]

When drawing a crater, it’s easy to keep in mind the dark areas that will become walls and the edges that will be lit. You can draw. 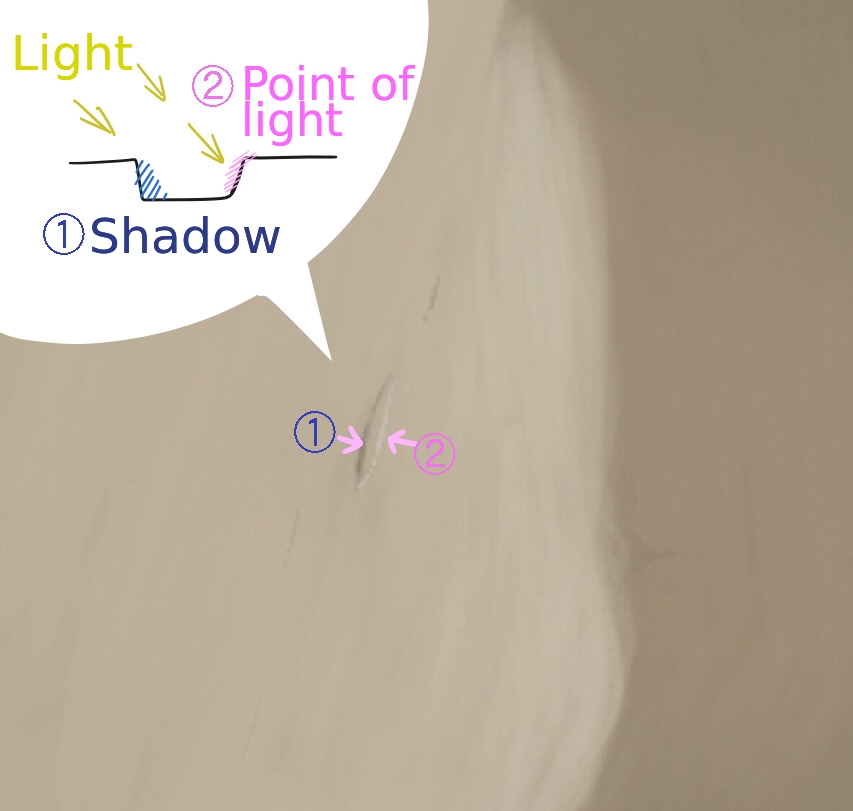 By drawing these craters, cracks and rough textures, you can create more rock-like images. surface.

6. draw in the darker areas

Once the bright part is mostly drawn, we can draw the dark part.
Again, draw shadows and cracks to express unevenness.
By adding reflected light to the darkest part of the shadow, we can create a more three-dimensional effect. 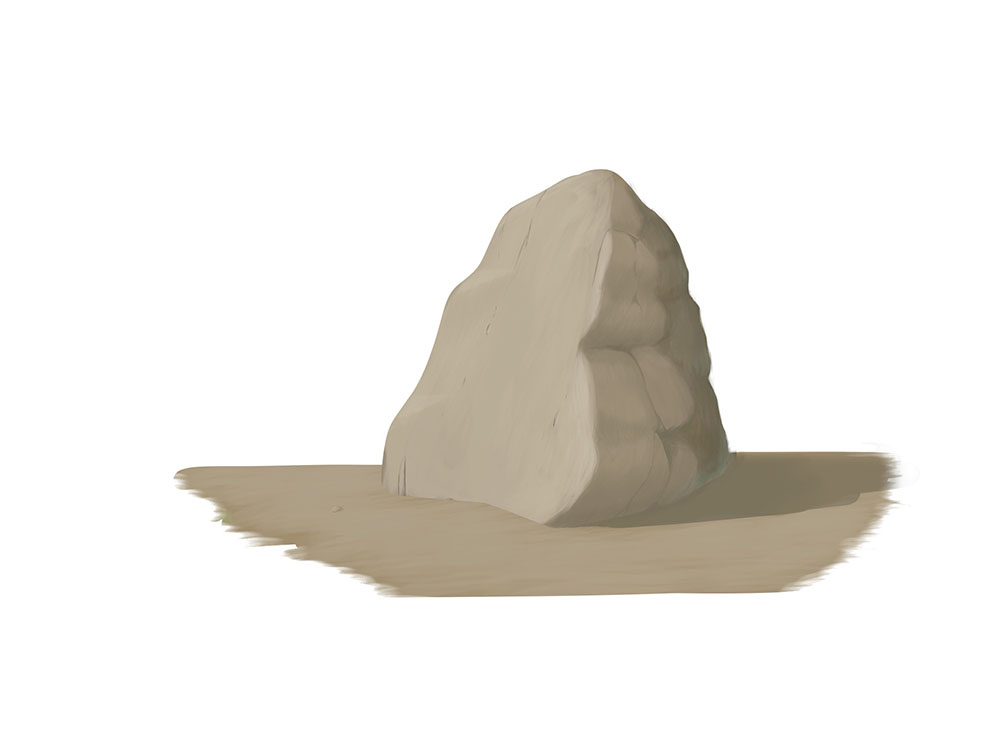 7. Increase the contrast while keeping the overall balance

Once you’re able to draw in the darker areas, you can increase the contrast to balance out the overall picture. I’m going to add some variety.

Here, I’ve placed brighter colors in the brighter areas where the light is more intense. 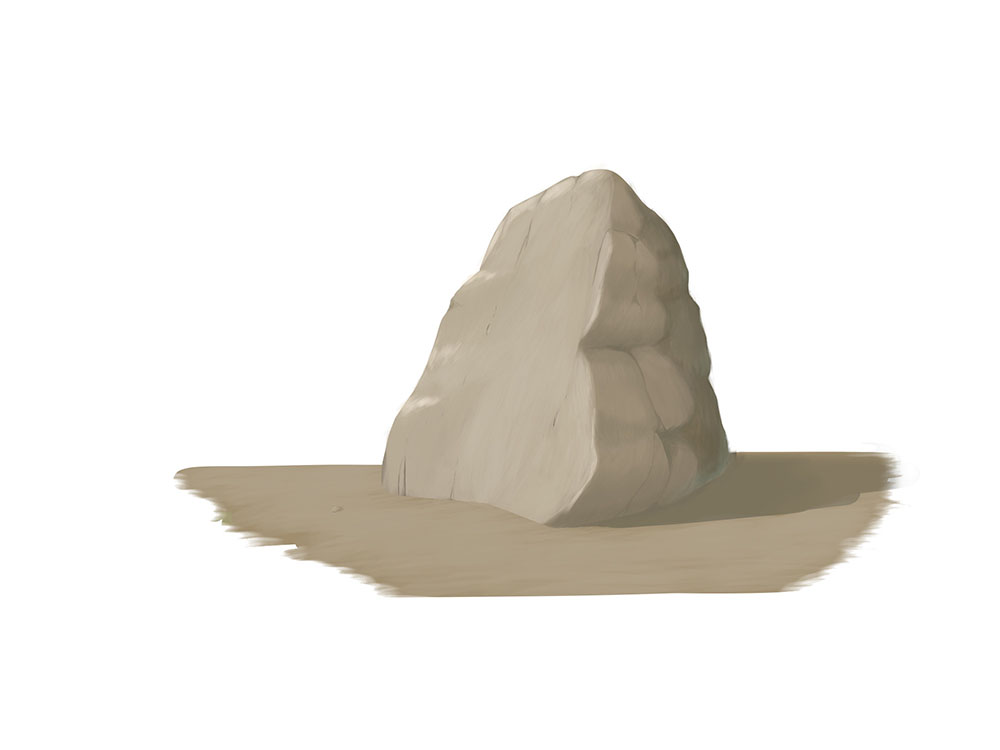 8. Draw the grass and stones to balance the whole thing

Finally, I drew in the details of the rocks and other missing parts, and added some stones and grass to complete the picture. 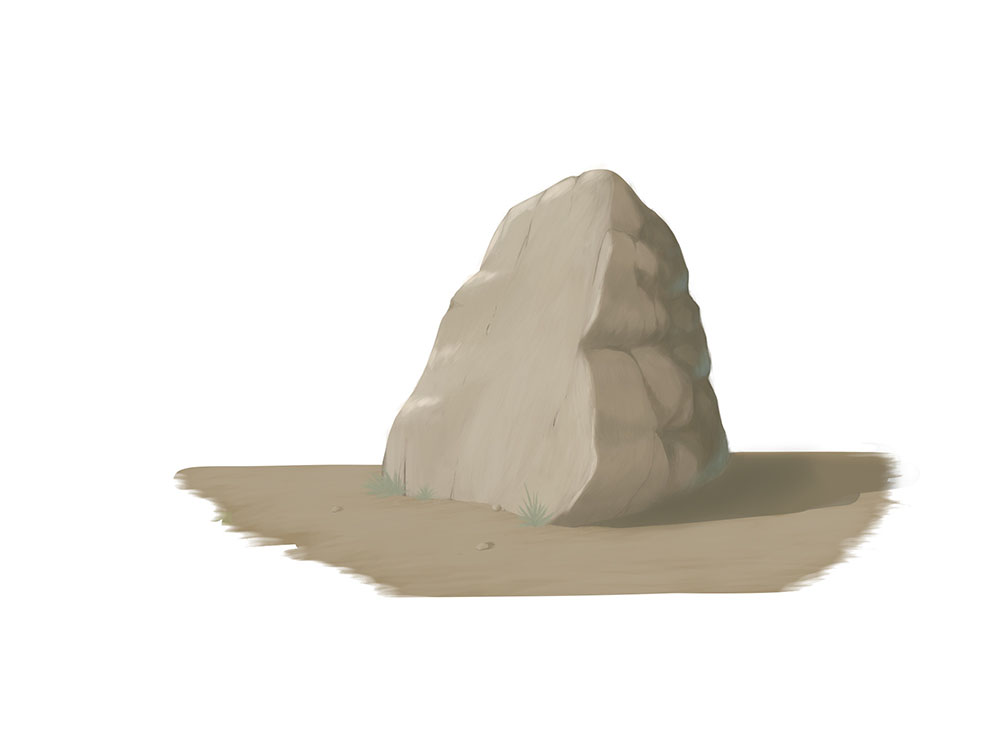 Stones can be easily added in the same way as craters.

[Steps to draw a stone] 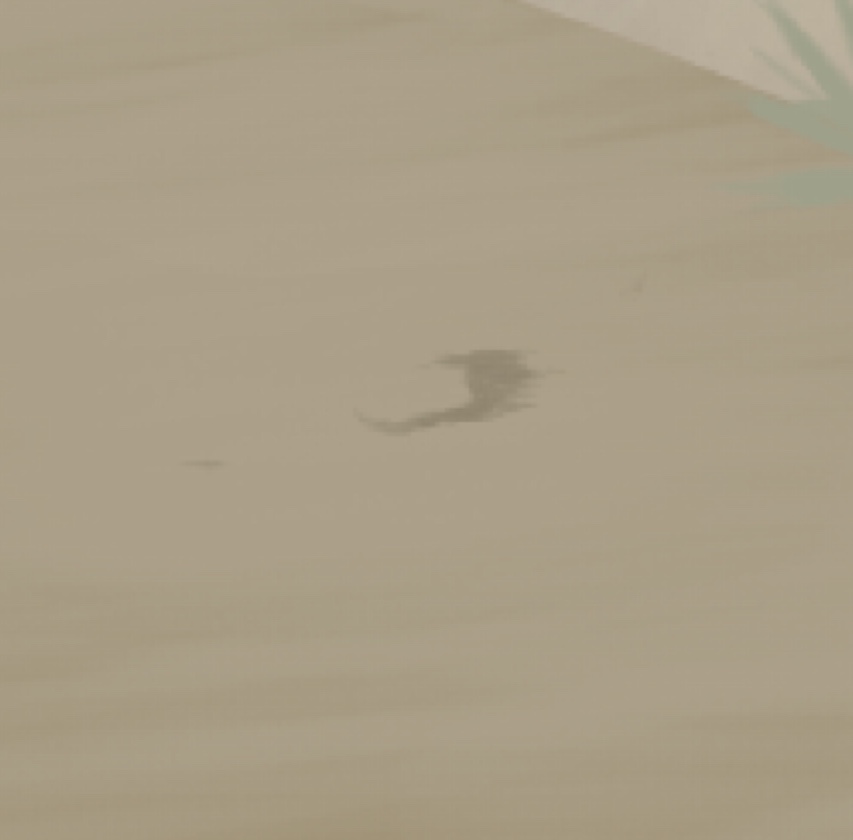 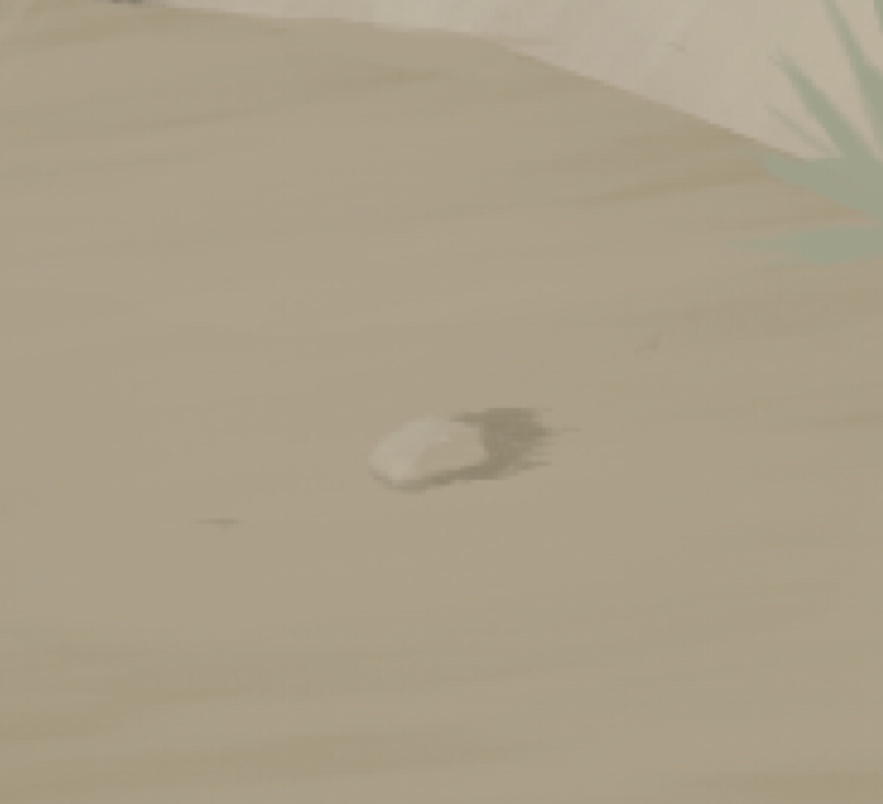 Draw the area where the light hits.

Rocks come in a variety of shapes.
Rocks in rivers can be rounded as they are scoured by water, and rocks on steep mountains can be sharp .
The shape of the rock will also change the atmosphere in the picture.
By looking at photos and observing carefully, and referring to other paintings, you can find the right rock for the scene you have in mind. I hope you will try to draw it.