Effects used in animation and games.
There are various attributes such as fire, water, wind, and lightning.

They look cool and create an atmosphere just by being drawn in the illustrations, don’t they?

So, as part of this series, we’re going to introduce how to draw effects by attribute.
In this article, I will explain how to draw the water effect.

How to draw the water effect

First we will draw a water silhouette.
Add a new layer. 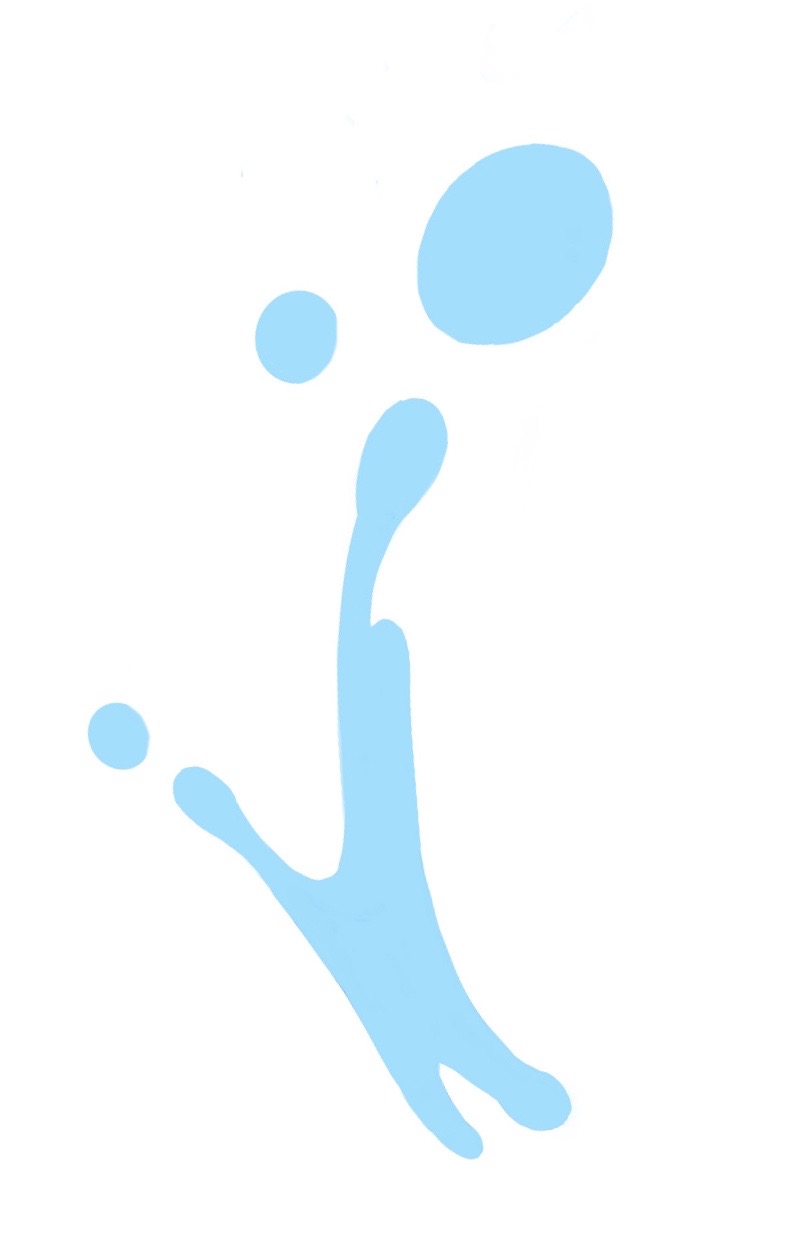 The silhouette will be drawn in light blue.
You can also splash the polka dots around with the water’s momentum to make it look more watery.

Next, we will draw a light shadow.
Add a new layer. 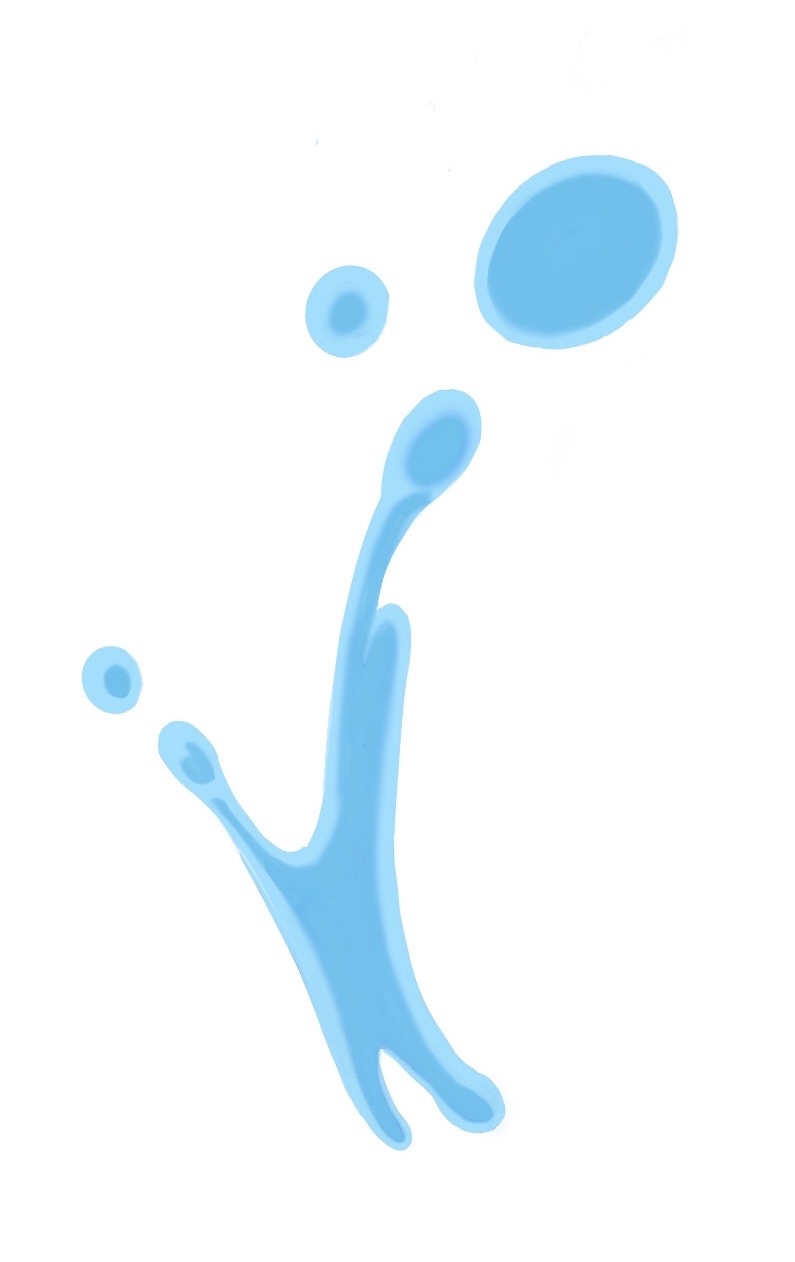 Let’s draw the shadow of the water by using airbrush and blur.
Choose a slightly darker color for the shadow than the light blue you used to draw the silhouette. 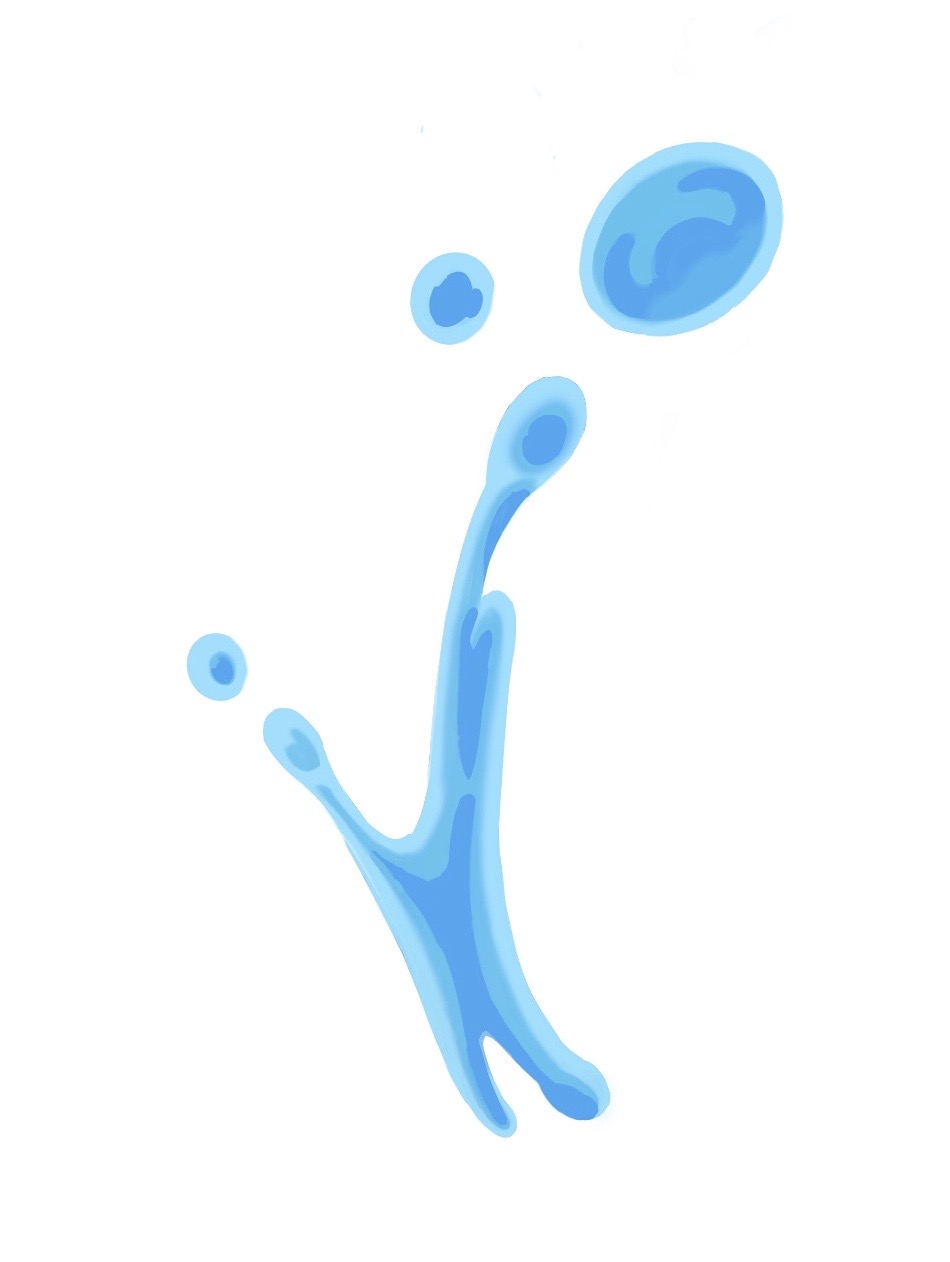 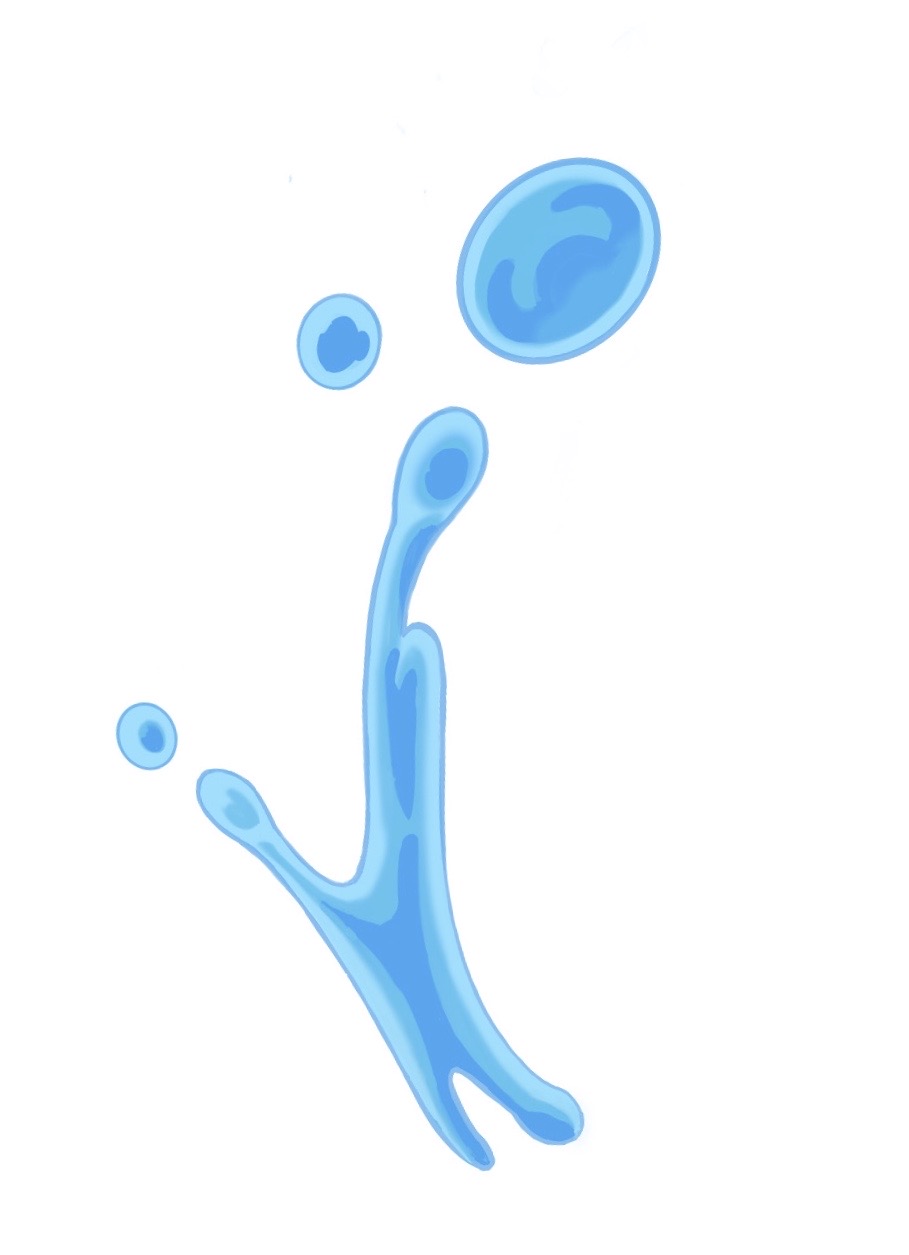 Draw an outline along the water silhouette.
The trick is to use a color one tone darker than the water color used to draw the silhouette.
Drawing the outline will tighten it up.

Add a new layer and draw the highlights and bubbles. 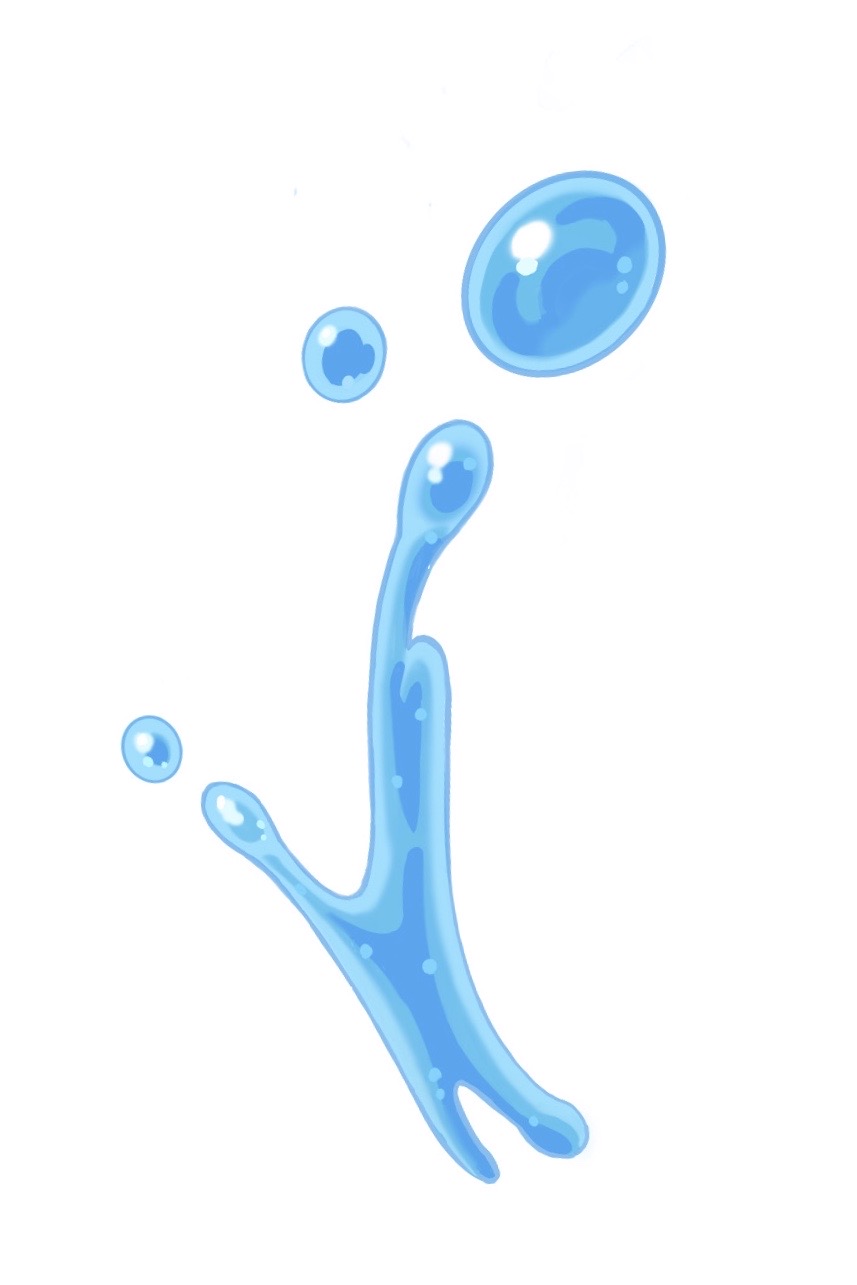 .
After drawing the highlights in white, blur the surrounding area with Blur.
To achieve a more natural finish, keep in mind the direction of the light source when highlighting.
Paint the bubbles in pale light blue and scatter them in the speckles.

Make the water glow a little.
You can add/emit light as you like.
Add a new layer and change it from “Normal” to “Add / Glow”.
If you set a layer to “Add / Glow”, the painted area will look like glowing. 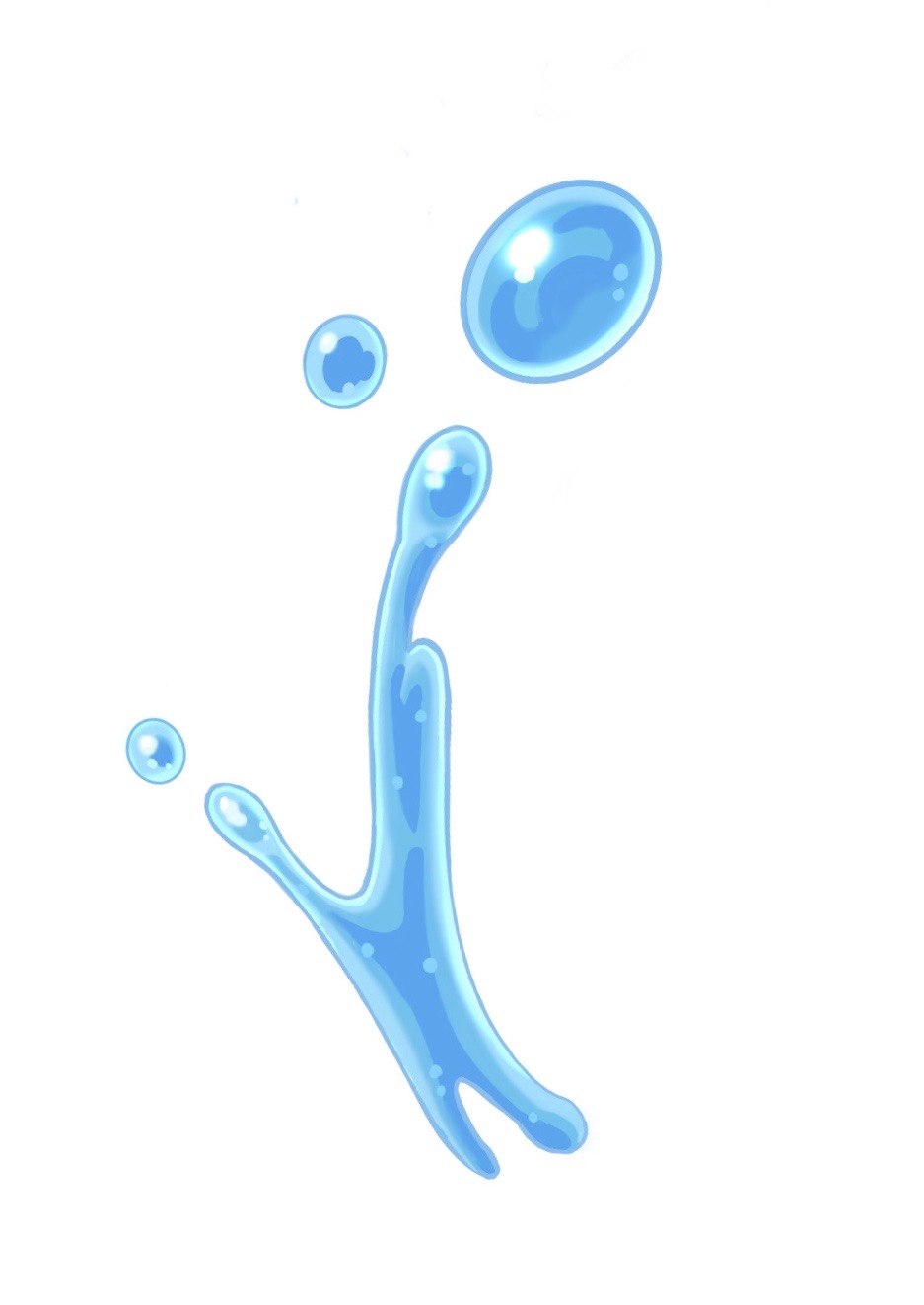 .
I will draw on the rim in blue.
It looks beautiful and shimmery when you light it up with additive (luminescence). 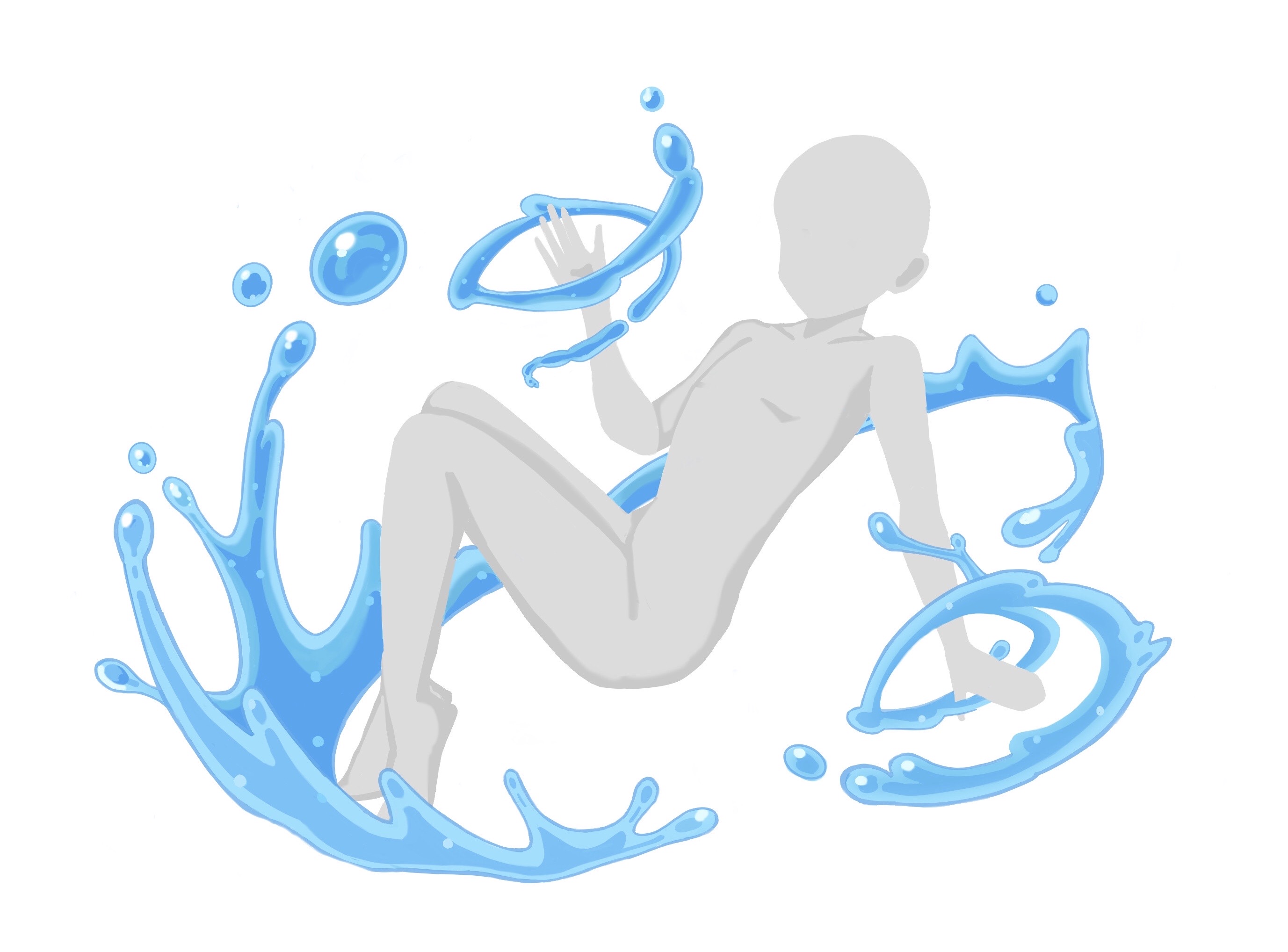 In this way, you can apply this technique to illustrations of characters with water attributes.

At first glance, water may seem difficult to draw, but by following these steps, it’s easy to draw, so I hope you’ll give it a try.

That’s it, that’s how to draw water!