Tapping the menu icon on the lower right of the layer menu (1) will bring you to “Filters” (2).

Filter List
A list showing hue, Gaussian blur, mosaic, monochrome, line extraction, and reverse colors will be displayed.
Hue Saturation Brightness
This will allow you to adjust the hue/saturation/brightness of the layer you have selected.

Gaussian Blur
This will blur the layer you have selected.

Mosaic
This will add a mosaic to the layer you have selected.

Conveat layer
This will convert the layer you have selected to a color layer, 8bit layer, or 1bit layer. 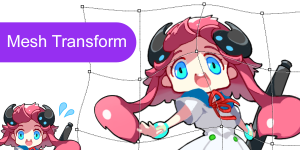 [iPhone] How to Use Mesh Transform 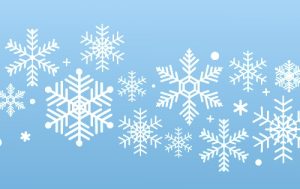 How to Draw a Snowflake