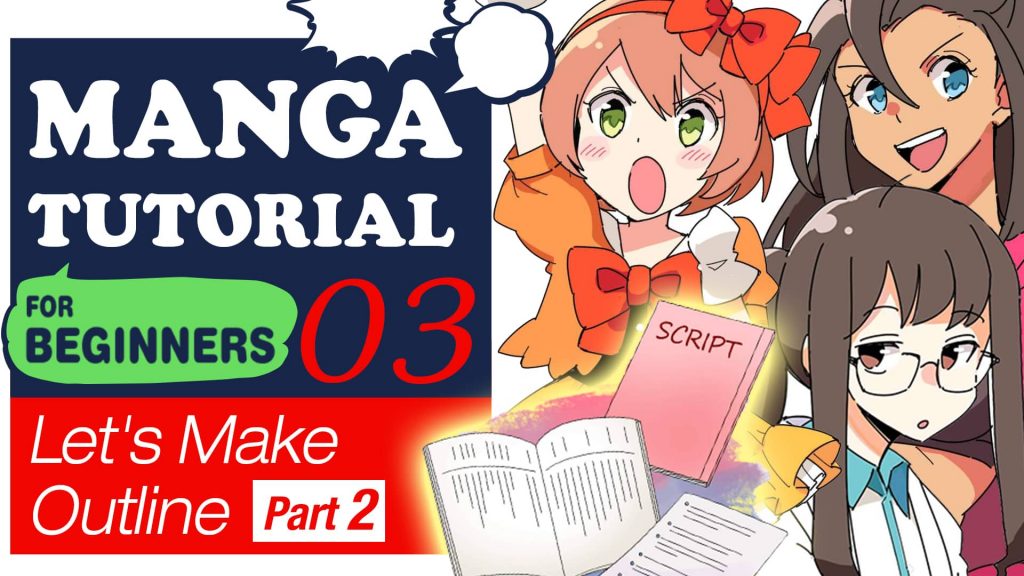 Hello, I’m ГФ.
In this tutorial, as a continuation of the previous one, I will explain about setting up the characters and creating the plot.
Once you have a plan, you need to develop the character settings and plot.
There is no right or wrong way to do this. 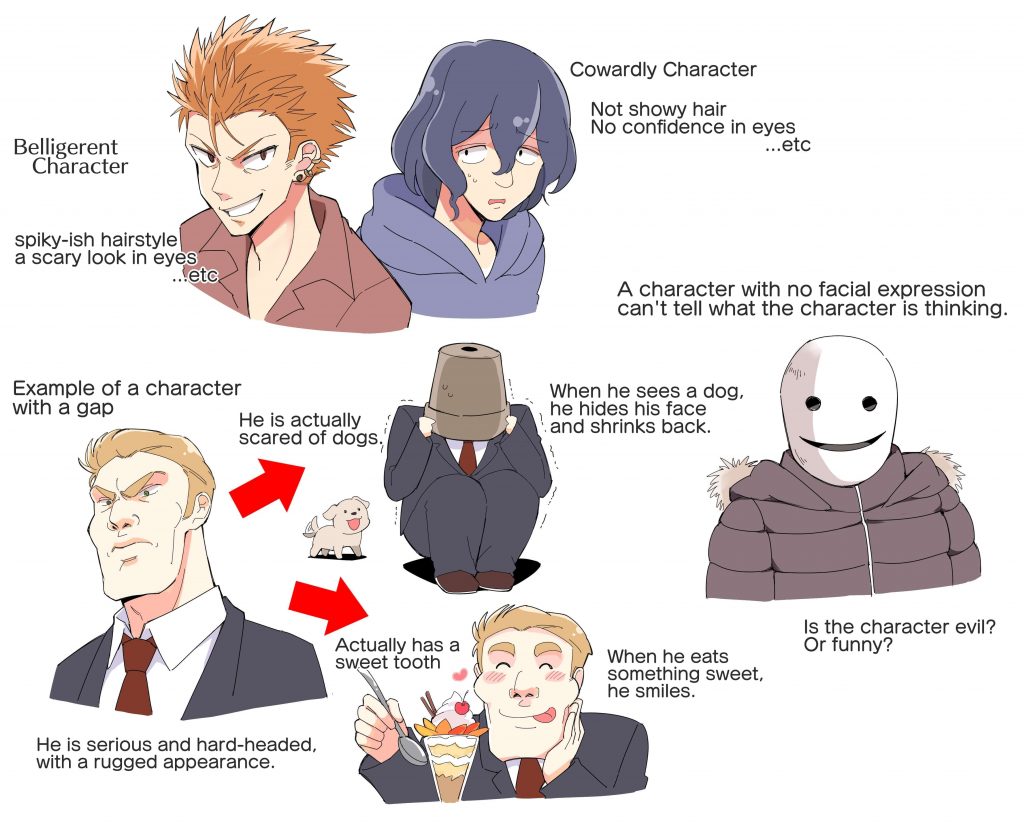 A character who exercises on a daily basis will have a well-muscled body that is sturdy or supple (depending on the muscles they train, and whether they are trained consciously or naturally), while an indoor, research-oriented character may be fat or thin due to lack of exercise. You can also design what the character wears, such as a weapon if the character fights, or an artificial hand if the character lost his right arm in the past. 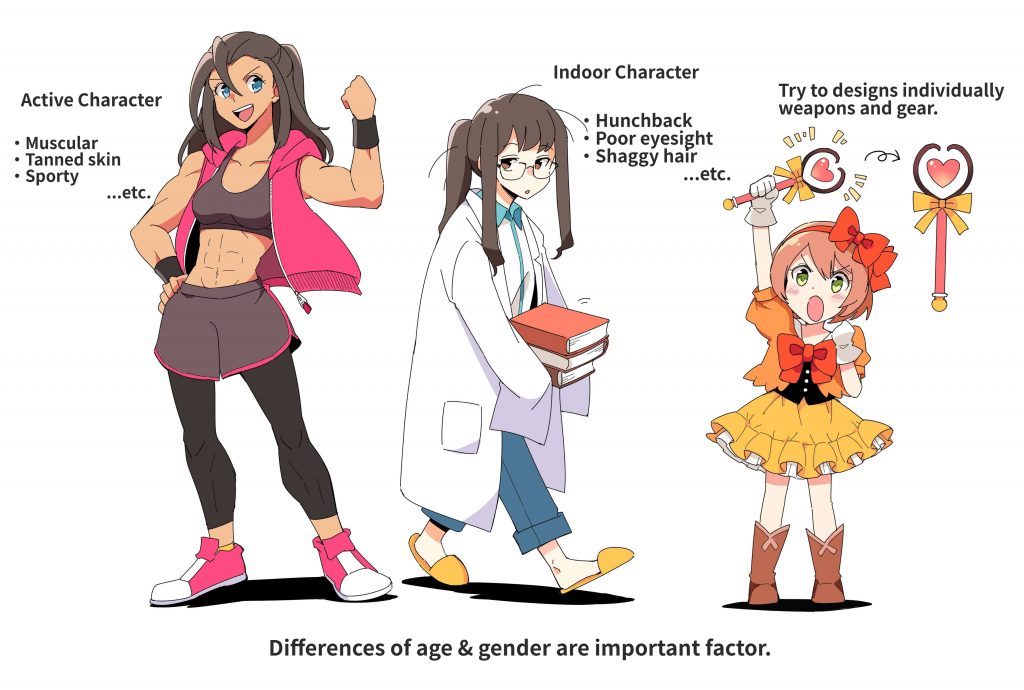 Some people make up character settings in their heads and don’t put them together, especially on paper, while others make up a resume for each character, and every author has their own way of doing things.

Once you have created multiple characters, it is a good idea to make a drawing of them side by side so that you can see the differences in height, so that you can compare and contrast the variations in appearance, which is helpful when drawing.

In general, it is said that it is easier to summarize a story if you are aware of its introduction, development, twist and conclusion.
Using the example of “a story about friendship between alien and human beings (aliens are the main characters),” it would look like this 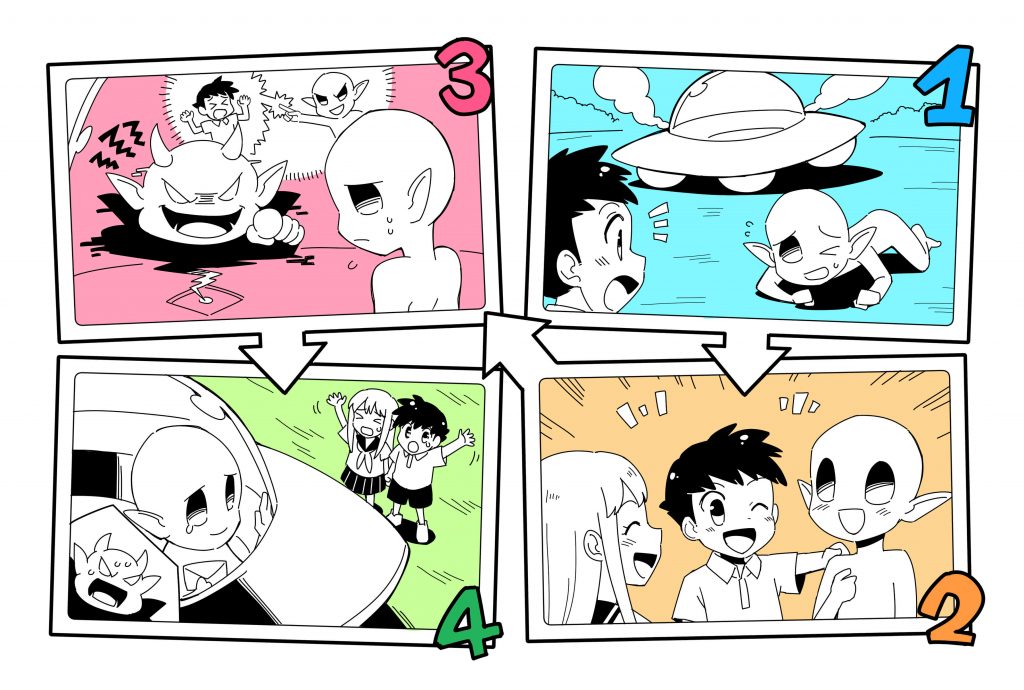 There is another style of storytelling that called 序破急(Jo-Ha-Kyū) is consists of three parts: beginning, middle, and end.

The story is structured in such a way that it unfolds with a sense of speed.

These are especially useful when creating a read-through that must be completed within a single story.

Another important point when creating a plot is to make sure that the story is not broken.
For example, in the above “story about friendship between aliens and mankind (aliens are the main characters),” the conclusion is that the aliens happily destroy mankind and become the rulers of the earth.

The alien happily destroyed the human race and became the ruler of the Earth.

The reader would be confused because the story in the second part depicts the friendship between aliens and human beings, but the third part makes it seem as if it never happened. 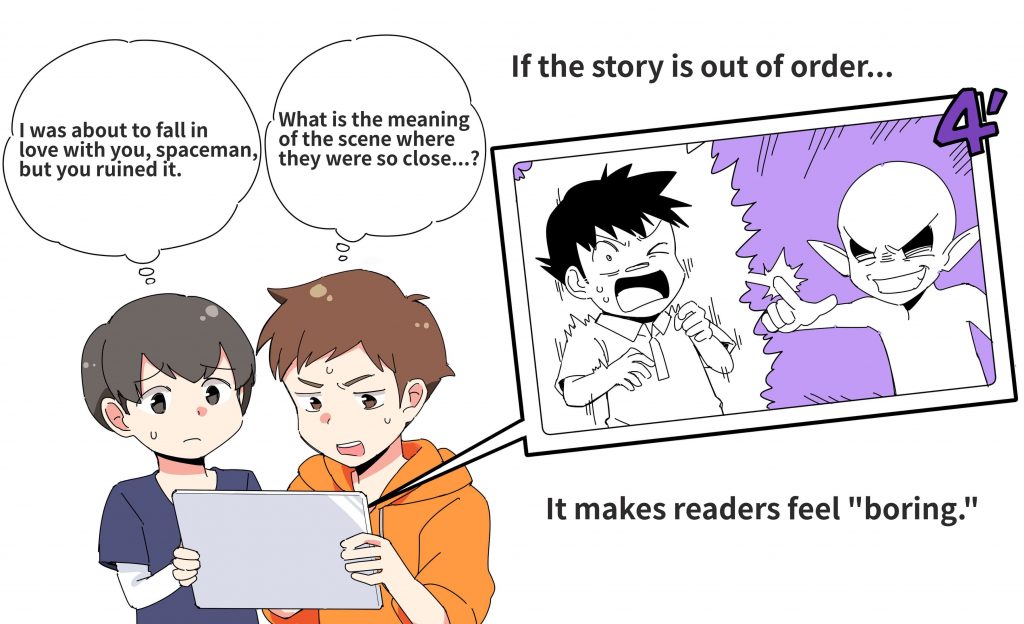 This feeling of “not understanding the meaning” leads to the feeling of “boring.” In the case of story comics, this can be fatal (in the case of gag comics, there are some that sell the absurdity of the plot, but they basically choose their audience, and for readers who don’t get into it, it’s boring, so you need to have a sense for it).

However, if the main character is a human, the story can still work because the reader can share the feeling that the story is unreasonable.
It is a sad ending, “”I thought we could be friends, but we weren’t, and friendship between aliens and humans is impossible,”” but the story can be read without fail. The same plot can become something completely different if you change the perspective.

You don’t need to decide on specific conversations in detail at the plotting stage. Of course, you can decide exactly what you want to say from the beginning, but you will have to make adjustments as you cut the story, taking into account the flow of the panels and the balance of dialogue on the page. If you decide on one or two lines that you really want the character to say, it will be easier to create a showpiece.

What did you think?
As I have said many times before, there is no right answer. It’s a good idea to think about different things until you come up with a project that you like.
In the next article, I’ll explain how to prepare for drawing manga with MediBang Paint!